discount viagra viagra times;”>NEW YORK — A delegation from the Grand Bahama Port Authority, cialis in conjunction with the Ministry for Grand Bahama and the Grand Bahama Chamber of Commerce, along with private sector partners, paid a courtesy call to the H.E. Dr. Elliston Rahming, Bahamas Ambassador to the United Nations and Permanent Representative to the Organization of American States (OAS), and the Hon. Forrester J. Carroll, Bahamas Consul General to New York, on Friday, June 19, 2015, at Bahama House, 231 East 46th Street New York, during which they had the opportunity to meet with the consulate staff, conduct a site visit of the facility and discuss matters relative to promotional and business opportunities for the island of Grand Bahama.The delegation traveled to New York to attend the International Franchise Expo (IFE), with the focus of exploring franchise opportunities and promoting Grand Bahama’s Free Trade Zone. The Ministry for Grand Bahama is mandated to work closely with the Grand Bahama Port Authority to promote the island of Grand Bahama and this Expo was one of many initiatives that both entities have jointly attended to achieve this mutual objective.

The IFE, which took place at the Javits Center in New York City over a three-day period, was the perfect forum to expose Freeport’s Free Trade Zone and tax-free incentives to the franchise business industry.

WASHINGTON– H.E. Dr. Elliston Rahming, Ambassador and Permanent Representative of The Bahamas to the United Nations and the Organisation of American States (OAS), participated in the high-level launch of the World Drug Report 2015 at the United Nations Headquarters in New York on Friday, June 26, 2015. 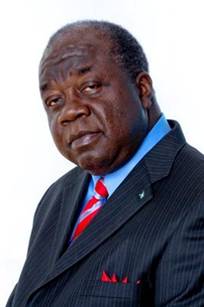 The event, which coincided with the International Day Against Drug Abuse and Illicit Trafficking, was organised by the United Nations Office on Drugs and Crime (UNODC), the UN entity mandated to assist Member States in their struggle against illicit drugs, crime and terrorism.

Published by the UNODC, the World Drug Report provides an annual global overview of the latest developments with respect to illicit drugs.  Included in the 2015 Report is a comprehensive picture of the world’s illicit drug markets, with a focus on the impact of illicit drugs on health and a review of the scientific evidence on approaches to drug use prevention while also addressing general principles for effective responses to treatment for drug use.  The thematic chapter of the report highlights how alternative development aims to break the vicious cycle of illicit crop cultivation by providing farmers with alternative livelihoods.

In his remarks at the event, Ambassador Rahming commended the UNODC for its presentation of the report and asserted that “the scourge of illicit drugs has had a deleterious impact on our Small Island States for decades.  It has sapped much of our human capital, created an illusionary economy, exacerbated the challenges of crime and violence and bloated our mental health budgets..”.

The Ambassador further cautioned that “If there is one observation that is worthy of note…it has to do with the tendency of reports such as this to lean most heavily towards matters of production and distribution and not consumption.”  He further added that “…we know that countries that make up 20 per cent of the world’s population consume 80 per cent of its narcotics.”

Turning to the matter of alternative development, Ambassador Rahming agreed that “alternative economic development holds promise because it is unreasonable to remove a viable source of income, though illicit, and replace it with nothing,” adding that “…whenever there is a vacuum, something or someone will fill it.”

Ambassador Rahming therefore recommended that alternative development be devised for producing, transit and consumption nations.   In conclusion, Ambassador Rahming challenged the meeting to “seize the moment” and assured that, in the fight against illicit drug trafficking, The Bahamas stood firmly with the UNODC.

A number of Member States represented at the meeting also expressed support for the report and the work of the UNODC.  It is expected that the report will serve as a useful tool and key information source in Member States’ preparations for the Special Session of the United Nations General Assembly on the World Drug Problem (UNGASS) to be convened from 19-21 April 2016 at the United Nations Headquarters in New York.