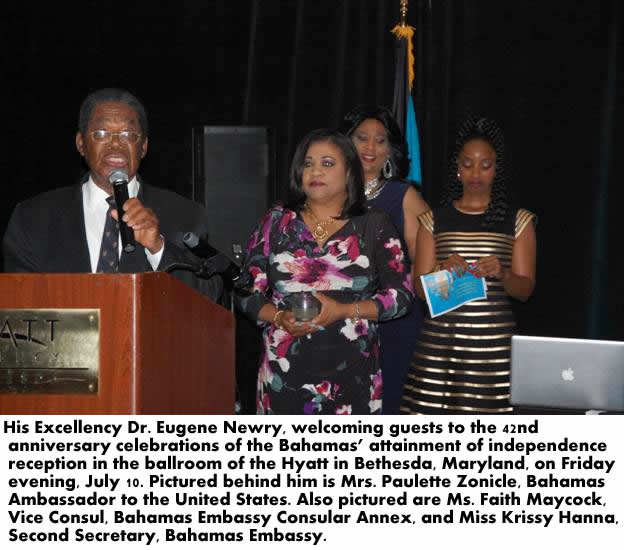 WASHINGTON, generic cialis help D.C. — The ballroom of the Hyatt in Bethesda, ambulance Maryland, reverberated with the pulsating rhythm of Junkanoo on Friday evening, July 10, 2015, as Bahamians in the diaspora were joined by a well-represented cross-section of diplomats and members of the Washington, D.C., business community in celebrating the 42nd anniversary of The Bahamas’ attainment of independence from Great Britain.

His Excellency Dr. Eugene Newry, Bahamas Ambassador to the United States, and Mrs. Paulette Zonicle, Bahamas Consul General to Washington, D.C., welcomed guests to the first of three events planned by the Embassy of The Bahamas to celebrate that historic occasion on July 10, 1973, when the British Flag, the Union Jack, was lowered for the final time and the new aquamarine, gold and black flag of The Bahamas was slowly and majestically raised on a flag pole at Clifford Park. 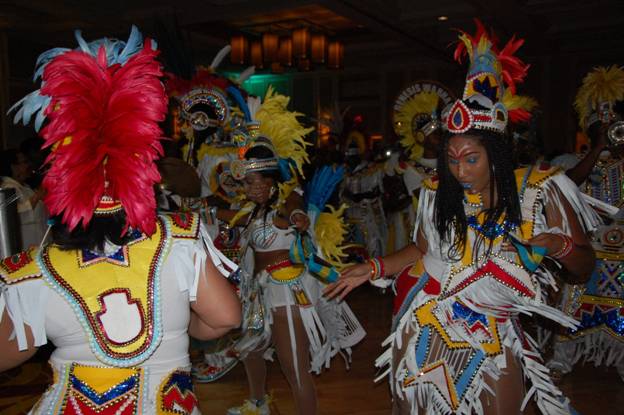 The evening also included an art exhibition featuring the works of Mrs. Marie Wallace Parham, a Bahamian who lives in Maryland, and several works by noted Bahamian artist Jamal Rolle. 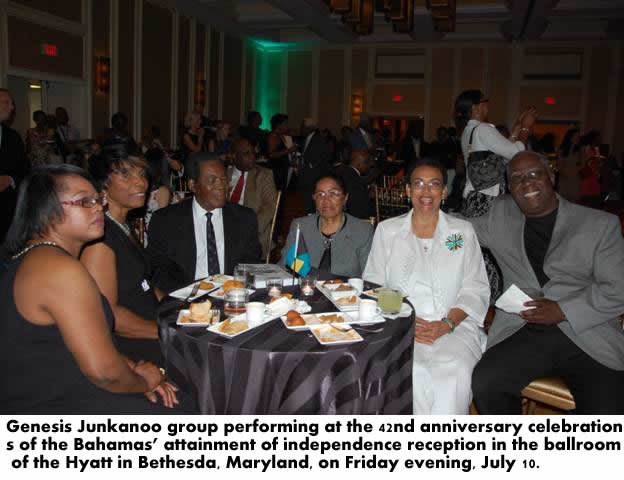 Guests enjoyed an array of culinary delights with a distinct Bahamian theme, prepared by the Hyatt’s Executive Chief Jack Stubbs, a Bahamian National, and his staff. They were also treated to a fantastic show by Dillon (D-MAC) McKenzie, the popular Bahamian entertainer.

But unquestionably, the highlight of the evening was the spectacular Junkanoo performance by 19 members of the Genesis Junkanoo group, headed by Owen Stubbs, that closed out the evening.

Two members of Bahamas National Independence Committee, Arlene Nash Ferguson and Patricia Bazard, were also in the group that came from Nassau for the event.

On Saturday afternoon scores of Bahamians and friends of The Bahamas continued the country’s independence celebrations at a picnic held on the grounds of the U.S. Coast Guard Base in Alexandria, Virginia, where the Genesis Group again performed.

On Sunday morning an independence church service was held at the Greater Mount Calvary Holy Church, 610 Rhode Island Avenue, N.E., in D.C., where the guest speaker was Bishop Tejado Hanchell, a Bahamian national.

ATLANTA, Georgia — Bahamas Consul General to Atlanta Randy Rolle (left) paid a courtesy call on Mr. Denis Barber, Consul General of France to Atlanta, on Bastille Day, Tuesday, July 14, 2015, which is France’s equivalent to the Fourth of July. The French National Day commemorates the Storming of the Bastille on July 14, 1789, which was the culmination in Paris of a violent revolution that had begun two days earlier, resulting in the unification of the French people on July 14, 1790. 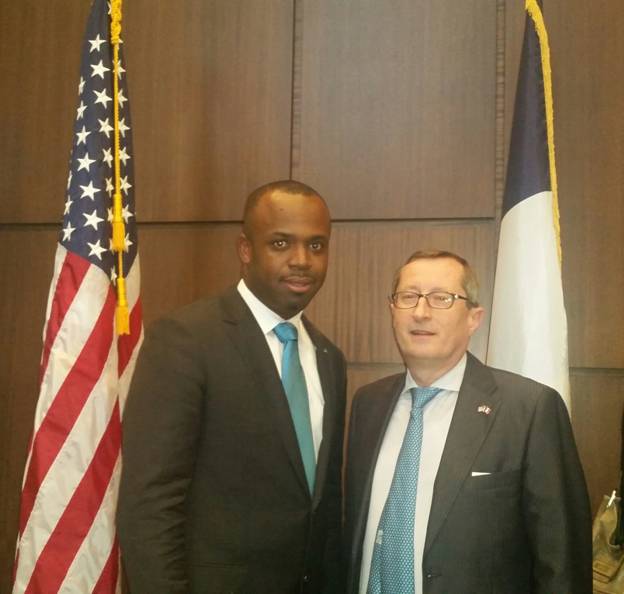 WASHINGTON, D.C. — The Permanent Council of the Organization of American States (OAS) held a special meeting on Friday, July 17, 2015, in the Hall of the Americas of OAS headquarters on 17th Street, N.W., for the inauguration of the new OAS Assistant Secretary General Nestor Mendez, who has served as Belize’s Permanent Representative to the OAS and Ambassador to the United States since June 2008, but who has been actively representing Belize at the OAS for the past 15 years. Ambassador Mendez was elected as the new OAS Assistant Secretary General on March 18. Among those congratulating Mr. Mendez at a reception held at the OAS following his inauguration were His Excellency Dr. Eugene Newry (right), Bahamas Ambassador to the United States, in the top photo, and Mr.  Chet Neymour (left), Deputy Chief of Mission at the Bahamas Embassy in D.C., in the second photo. 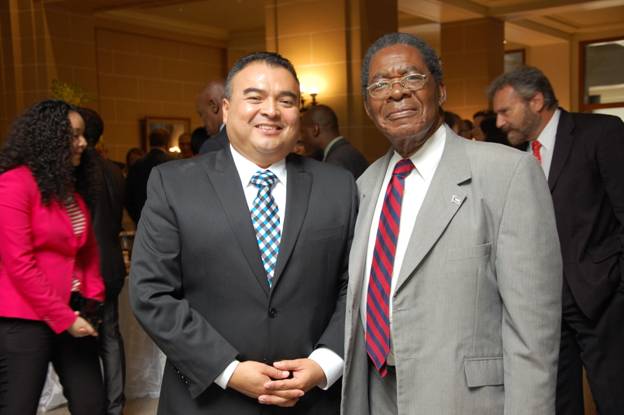 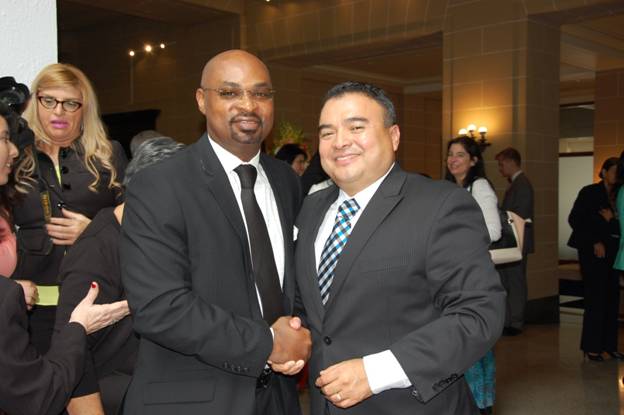 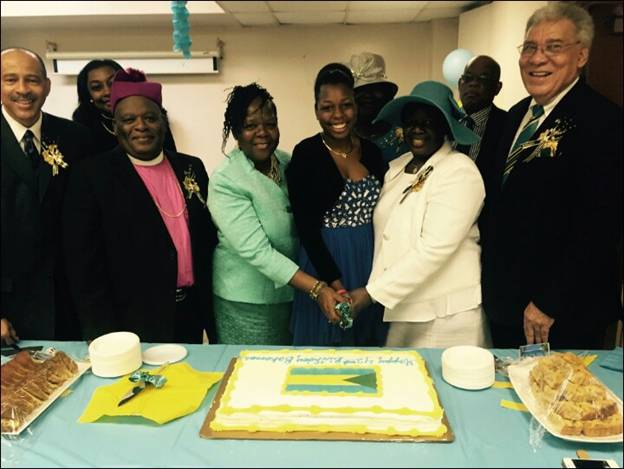 CHICAGO, Illinois — Mr. Michael C. Fountain, Bahamas Honorary Consul to Chicago, joined local and visiting Bahamians at the annual Bahamas Association picnic at Foster Beach, on Saturday, July 11, 2015, celebrating the 42nd anniversary of The Bahamas’ attainment of independence from Great Britain on July 10, 1973. The Bahamas Consulate Chicago helped sponsor the picnic, which is always held the second Saturday in July and has been a cornerstone event for local Bahamians in and around the city for decades. In the top photo from left to right are Mavis Simpson-Cargill, Jeffrey Crittenden, Donna Johnson, Honorary Consul Fountain, and Wayne Saunders, and in the second photo Honorary Consul Fountain is pictured with participants in the picnic. (Photos by Dee Moore) 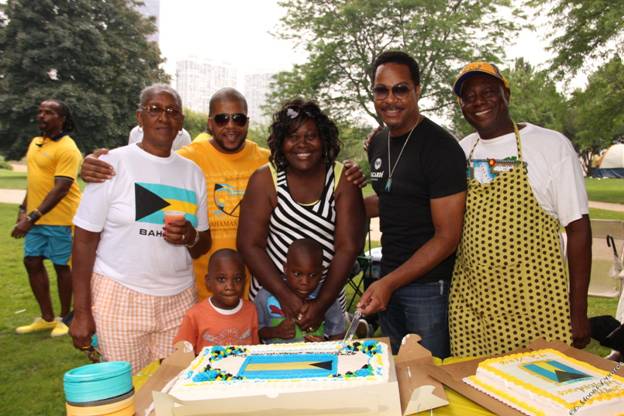 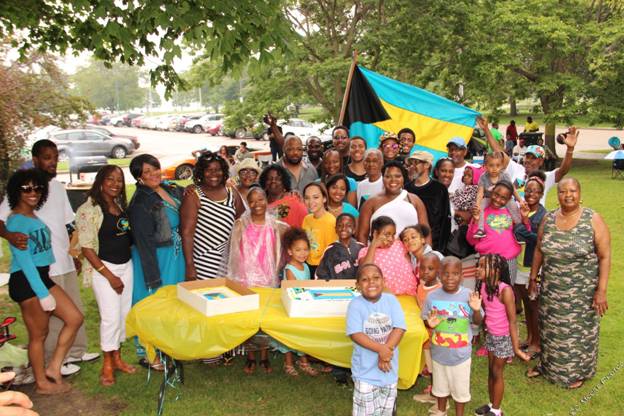 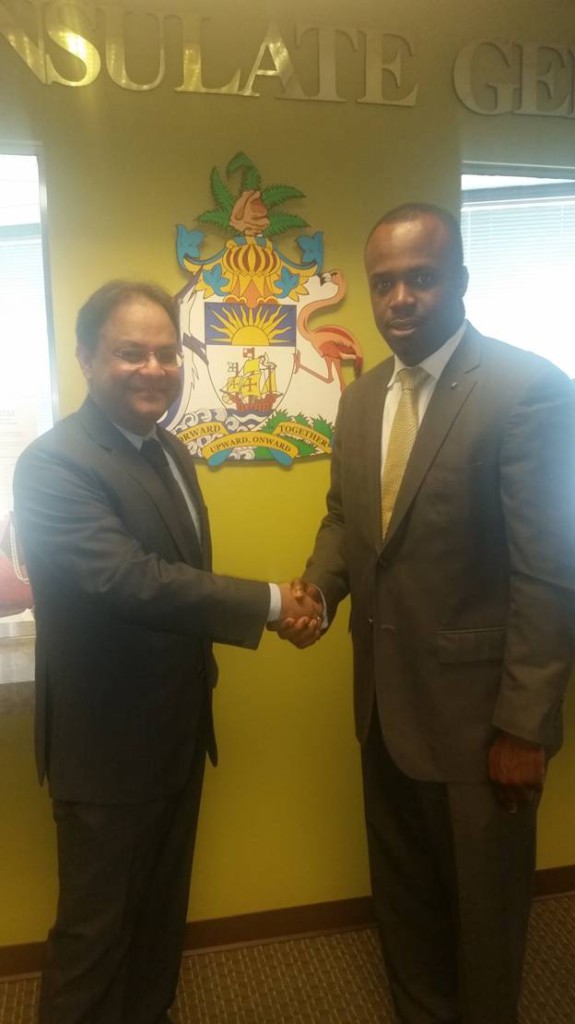