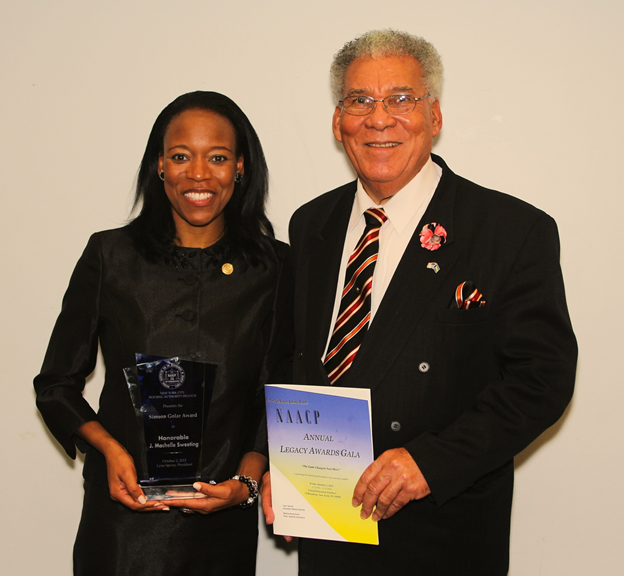 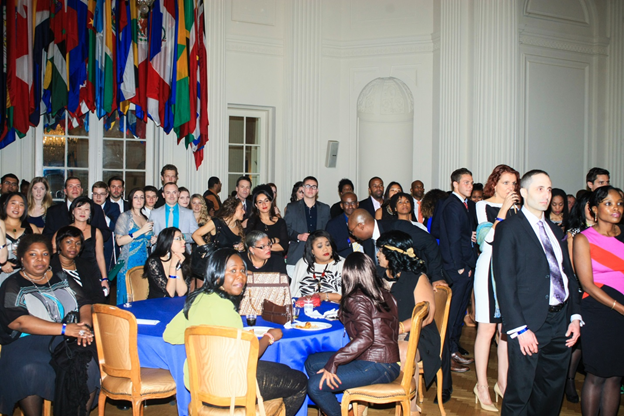 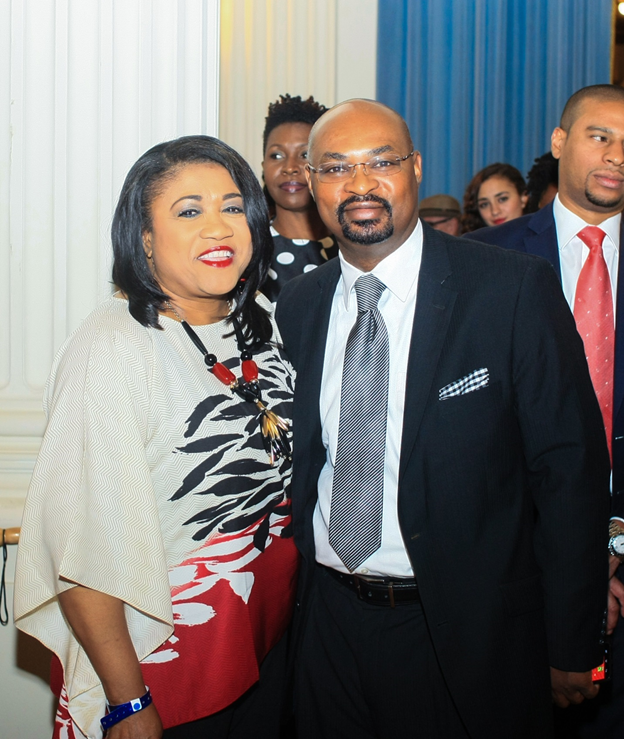 WASHINGTON, D.C. — The Embassy of The Bahamas, in partnership with THINGS TO DO DC, hosted a Caribbean Celebration and Charity Fundraising Event at the Organization of American States (OAS) main building at 17th Street and Constitution Avenue, N.W. on Saturday, October 3, 2015.

Approximately 300 persons attended the reception-style event, which involved Caribbean food, a Caribbean open bar with promotional rum tasting from several Caribbean countries and Caribbean music.  One of the primary goals of the event was to expose young professionals in Washington DC to the rich cultural diversity of The Caribbean.

Deputy Chief of Mission Chet Neymour welcomed attendees and Consul General Paulette Zonicle read a message on behalf of Dr. Sandra Dean-Patterson of the Bahamas Crisis Centre, which was the charity for the evening.

The partnership with THINGS TO DO DC  facilitated access to their active membership of over 175,000 local young professionals and expertise in producing original events that help enrich the social, cultural and professional lives of professionals of all ages, while also facilitating networking in a friendly environment.

CAPTION
Pictured are some of the guests at the Caribbean Celebration and Charity Fundraising Event hosted by the Embassy of The Bahamas, in partnership with THINGS TO DO DC, at the Organization of American States (OAS) main building Saturday, October 3, 2015.

CAPTION
Deputy Chief of Mission Chet Neymour (right) welcomed guests at the Caribbean Celebration and Charity Fundraising Event and Consul General Paulette Zonicle (left) read a message on behalf of Dr. Sandra Dean-Patterson of the Bahamas Crisis Centre, which was the charity for the evening. 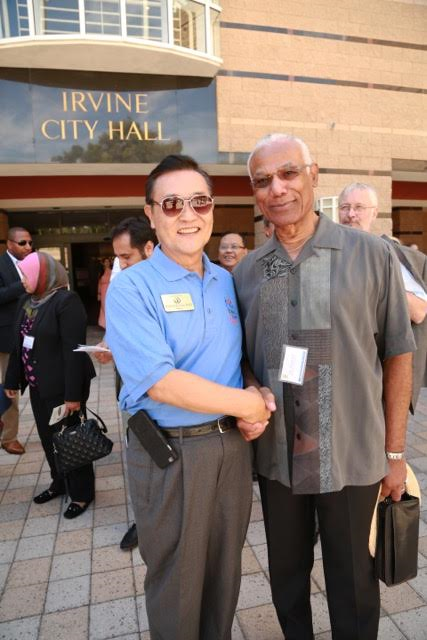 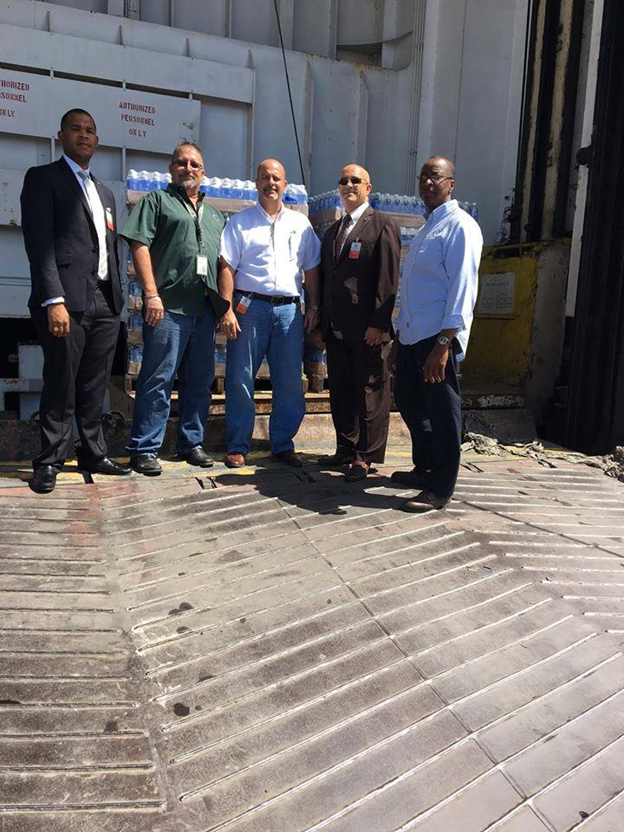 MIAMI, Florida, Oct. 6, 2015 — Hon. H. Ricardo Treco (right), Bahamas Consul General to Miami, met with officials from PepsiCo and Betty K LLC to facilitate the donation and transportation of water supplies to the Family Islands affected by Hurricane Joaquin. The meeting paired two great entities in achieving one common goal, getting much needed water supplies to the affected Southern Family Islands in The Bahamas. On the behalf of The Bahamas Government and the people of The Bahamas, Consul General Treco thanked PepsiCo for its generous donation of 5,808 cases of water (160,512 bottles of water) and Betty K LLC for the transportation of the supplies. 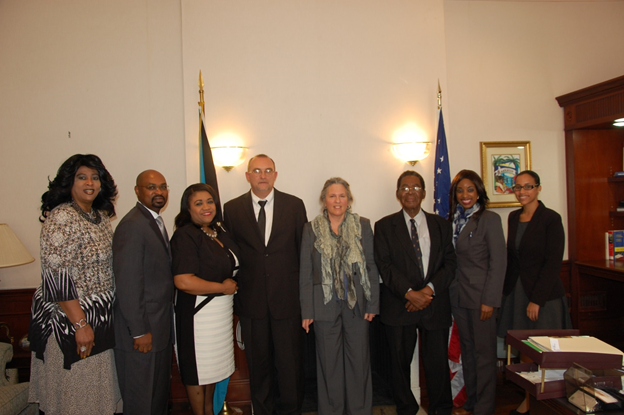 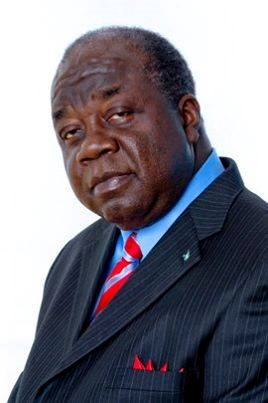 REMARKS BY H.E. DR. ELLISTON RAHMING, BAHAMAS AMBASSADOR TO THE UNITED NATIONS AND THE ORGANIZATION OF AMERICAN STATES (OAS), AT THE HIGH LEVEL PRESENTATION OF THE UNITED NATIONS STANDARD MINIMUM RULES FOR THE TREATMENT OF PRISONERS (THE NELSON MANDELA RULES) ON WEDNESDAY, OCTOBER 7 2015

First of all, I wish to congratulate UNODC, the Commission on Crime Prevention and Criminal Justice, as well as the intergovernmental Expert Group on the revision of the Standard Minimum Rules.

The Bahamas deems it most fitting that the revised SMR’s (Standard Minimum Rules) should be dubbed “The Nelson Mandela Rules” not simply because of their content but moreso because of their intent.

And the intent is to develop prison systems worldwide to which people are sent not for punishment but as punishment; places that are incapacitating on the one hand but enabling and ennobling on the other; places within which people are sent to lose their liberty but not their dignity; places where justice and mercy peacefully co-exist; places where the proverbial 7 P’s are uplifting and empowering:

And what are these 7 P’s? A 21st century prison should be judged by its philosophy, policies, procedures, personnel, premises, programmes and protocols – they should all have as their overarching theme the protection of society and the return to society of men and women for whom incarceration was a humanizing, transformative experience.

Having headed a Prison Service for close to a decade, I can testify as to the powerful effects of the Standard Minimum Rules in making imprisonment more manageable and more meaningful.

And so again, The Bahamas, a strong aspirant to the Standard Minimum Rules, commends UNODC (United Nations Office on Drugs and Crime) on the launch of this important set of standards which should benchmark what Nelson Mandela himself refers to as the test of what a society stands for; what its values are – how it treats those in captivity