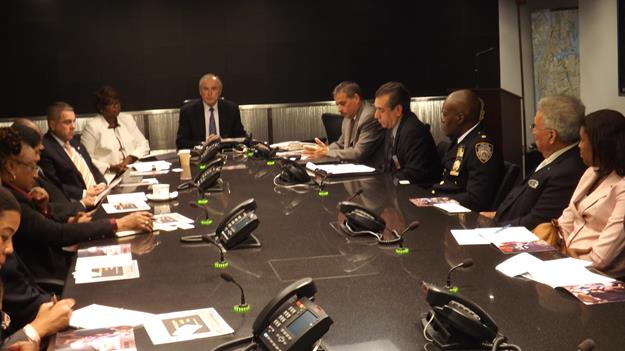 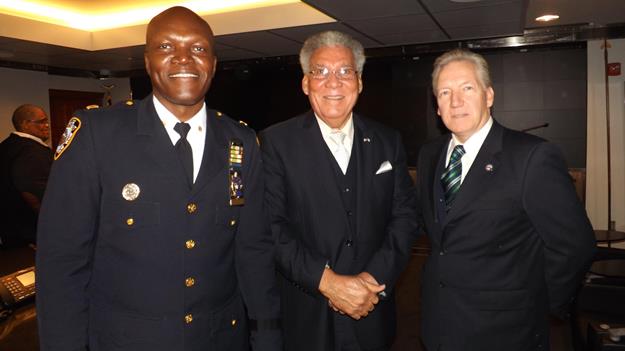 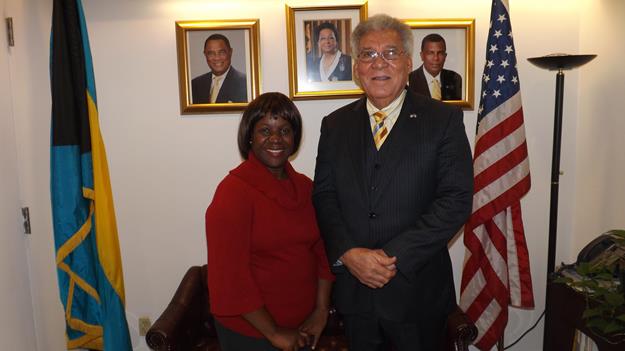 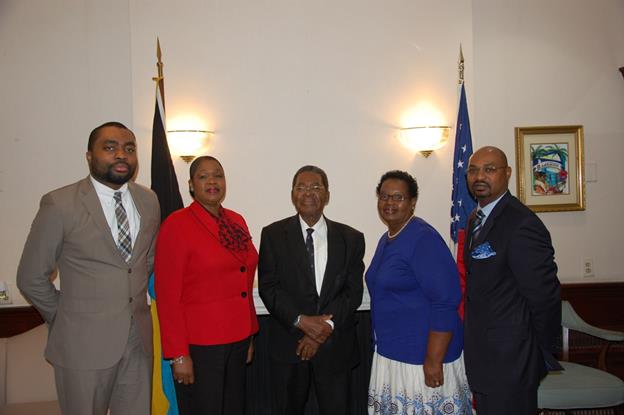 WASHINGTON, D.C. — After a two days of meetings in Washington DC, a visiting delegation of senior Ministry of Education officials — Deputy Director of Education Seretha Clarke and Senior Education Officer Janice Knowles — paid a courtesy call on His Excellency Dr. Eugene Newry, Bahamas Ambassador to the United States, at the Bahamas Embassy on Wednesday, December 9, 2015.

The primary purpose of the delegation’s visit to Washington DC was to begin the Ministry of Education’s preparation for The Bahamas hosting of the 2017 Inter-American Education Ministers meeting.

Over the course of two days, the visiting team met several times with staff of the Organization of American States (OAS) Department of Human Development and Education to discuss scholarship and technical assistance opportunities for Bahamians, preparation for the 2017 Education Ministerial and the construction of an inter-American education agenda.

The delegation also met with representatives of the US State Department Bureau of Educational and Cultural Affairs to discuss scholarship opportunities for Bahamian students and potential areas of cooperation.

On Tuesday, December 8, 2015, Senior Education Officer Knowles also delivered a statement on behalf of The Bahamas at the regular meeting of the Inter-American Council on Integral Development at the OAS Headquarters.

She emphasized in her statement The Bahamas’ commitment to assist with the development and operationalization of an inter-American education agenda, particularly through focusing on strengthening the teaching profession and addressing the challenge of youth unemployment.

She further underscored The Bahamas’ commitment to deliver a 2017 Inter-American Education Ministers meeting “with excellence.”