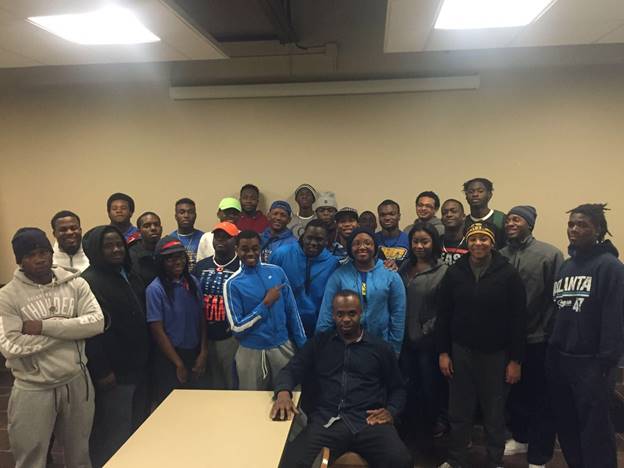 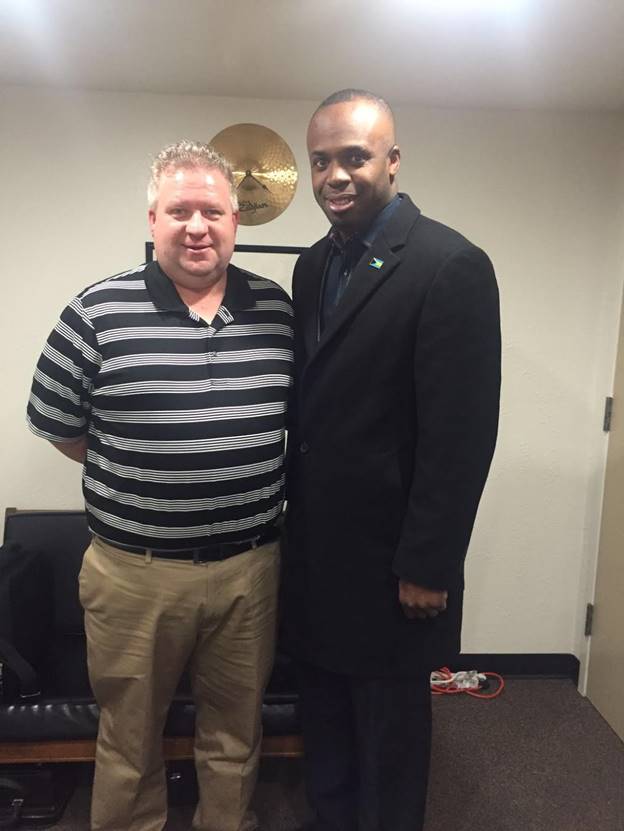 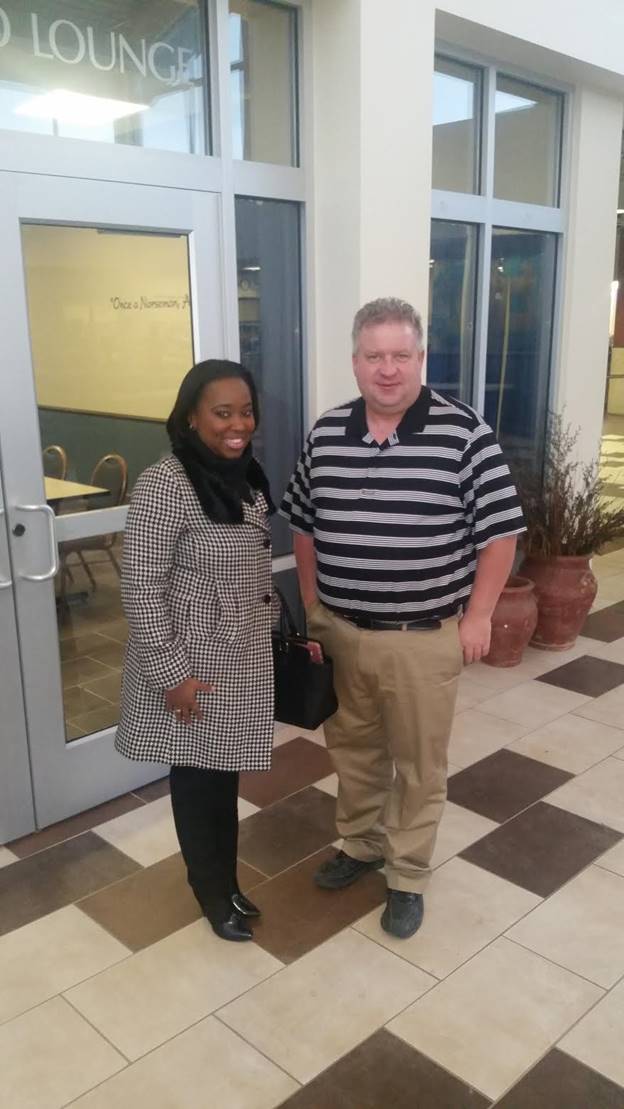 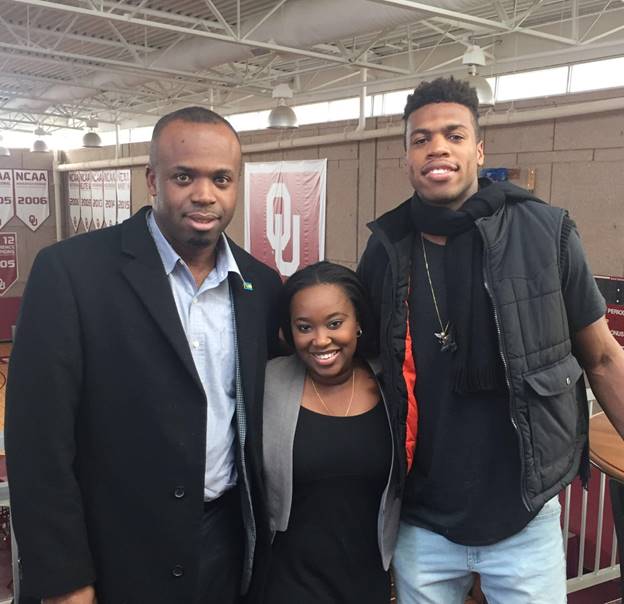 NORMAN, Oklahoma — Bahamas Consul General to Atlanta Randy Rolle (left) and Vice Consul Mia Ferguson are pictured with Bahamian basketball sensation Buddy Hield after he scored 30 points to lead the No. 1-ranked Oklahoma Sooners to a 91-67 rout of Texas Tech on Tuesday night, January 26, 2016. Oklahoma is one of the states included in the Bahamas Atlanta Consulate’s jurisdiction, and Consul General Rolle and Vice Consul Ferguson were officially on a two-day tour of schools in Oklahoma. They had earlier visited Northeastern Oklahoma A&M College in Miami, Oklahoma, where they discussed more opportunities for Bahamian students to pursue music at Northeastern A&M with Mr. Adam Compton, Instrumental Music Instructor. Consul General Rolle said, “Having the opportunity to watch such a sensational Bahamian college basketball star in action was just amazing.  We had the opportunity to sit with him before the game. He spoke about school, family and basketball. I was blown away by his personality and how grounded he is as a young Bahamian. His Mother, I am told, is an amazing woman and makes sure he stays focused. As we sat down to chat, he noticed that we were wearing Bahamian pins and said he wants one, so Mia Ferguson took off her pin and gave it to him and he wore it at the post-game press conference.” 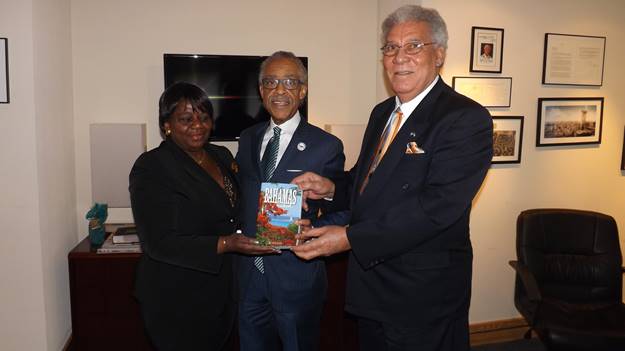 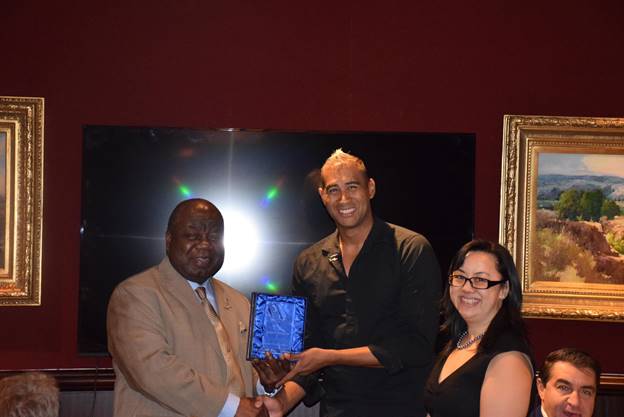 NEW YORK — H.E. Dr. Elliston Rahming, Bahamas Ambassador to the United Nations and the Organization of American States (OAS), In his capacity as Chairman of the Save Our Sharks Coalition in New York, hosted a luncheon for some thirty United Nations Ambassadors on Wednesday, January 21, 2016.

Special guest was international motivational speaker and world-class paralympic swimmer Achmat Hassiem of Cape Town, South Africa, who lost a leg in a shark attack in 2006.

Since that incident Hassiem has become a goodwill ambassador for shark conservation and a much-sought–after motivational speaker to youth on how to triumph over setbacks and build self-esteem.

According to Ambassador Rahming, “Efforts are now underway to bring Hassiem to The Bahamas in October to make guest appearances at New Providence high schools”.

The Coalition seeks to foster the creation of blue economies among United Nations Member States through shark conservation and observation.