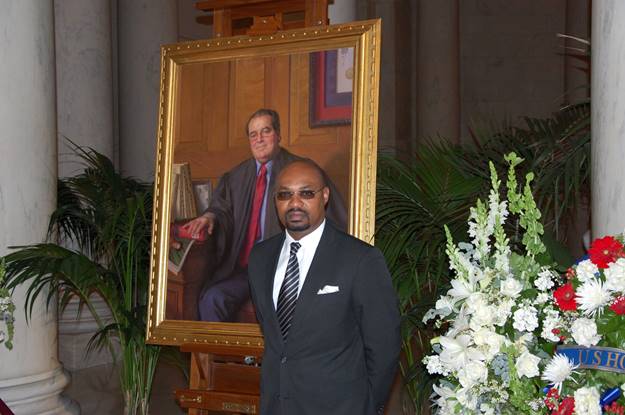 pharm times;”>WASHINGTON, D.C. — Chet Neymour, Deputy Chief of Mission at the Bahamas Embassy in Washington, D.C., was among the representatives of foreign missions paying last respects to Associate Justice of the U.S. Supreme Court Antonia Scalia on Friday, February 19, 2016, as his body lie in repose in the Great Hall of the Supreme Court from 10:30 a.m. to 8 p.m. Throughout the day, long lines stretched for several blocks from the Maryland Avenue and First Street, N.E. entrance of the Supreme Court as members of the public queued up to also pay final respects to the Associate Justice, who served with distinction on the Court for nearly thirty years and was described as the intellectual anchor for the Court’s conservative wing. Mr. Neymour signed  the Book of Condolences on behalf of the Government and the people of The Bahamas. The photo shows Bahamas Deputy Chief of Mission Neymour  pictured in front of huge portrait of Associate Justice Scalia that was on display where his body was lying in repose. 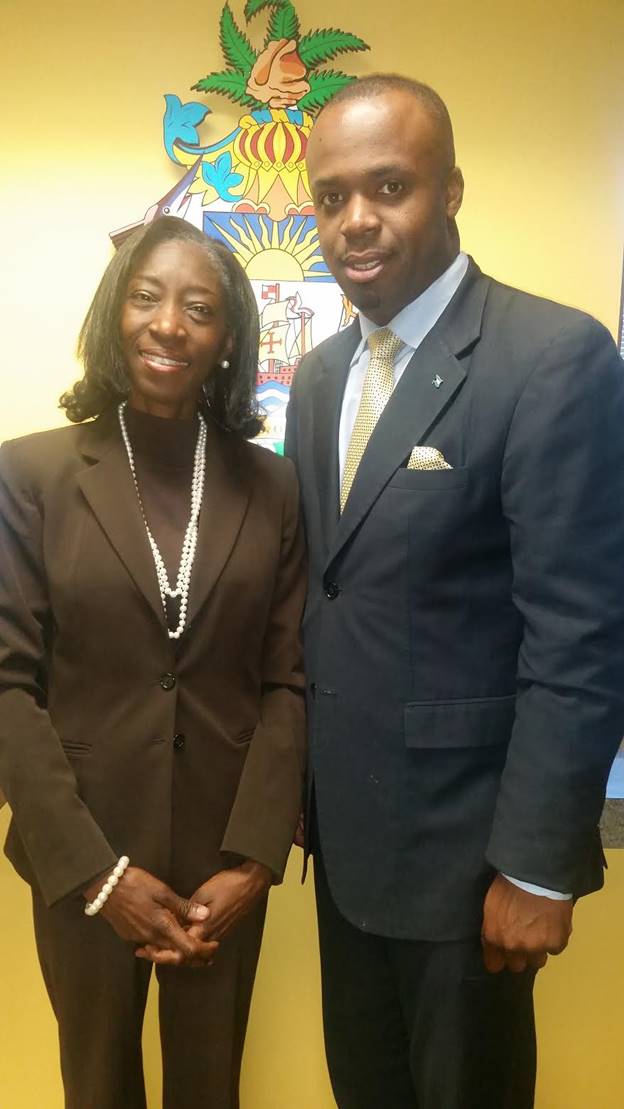 ATLANTA, Georgia — Ms. Melvelyn Symonette, Senior Assistant Secretary in the Ministry of Social Services, pays courtesy on Bahamas Consul General to Atlanta Randy Rolle on Wednesday, February 17, 2016, during her visit to the Atlanta area on business. While there Ms Symonette, who is also a part of the Women’s Bureau, discussed with the Consul General potential partnerships to work along with women organizations in The Bahamas. 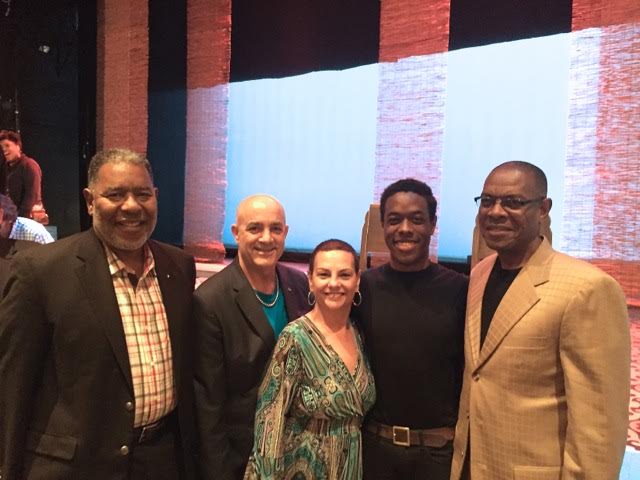 The show was performed initially from January 14 – February 7, 2016, but was extended by popular demand for an additional week.

The Golem of Havana tells the story of a Hungarian-Jewish family living in Batista’s Havana on the brink of the Cuban Revolution. When their maid’s son, a guerrilla fighter, is injured, they must choose between protecting him and guarding their first fragile grasp on prosperity since their arrival. The Golem of Havana weaves together the music and traditions of two worlds, asking questions about family, community, religion, and politics.

Developed at the prestigious New York Theatre Workshop, The Golem of Havana has enjoyed sold-out productions Off-Broadway at La MaMa E.T.C. in New York City and in the Berkshires at Barrington Stage Company, an award-winning theatre company in downtown Pittsfield, MA. There, the musical became the fastest selling new show in the theatre’s history. The musical was also a Richard Rodgers Award finalist for New Musical Theatre and an Independent Reviews of New England Award (IRNE) nominee for best play. 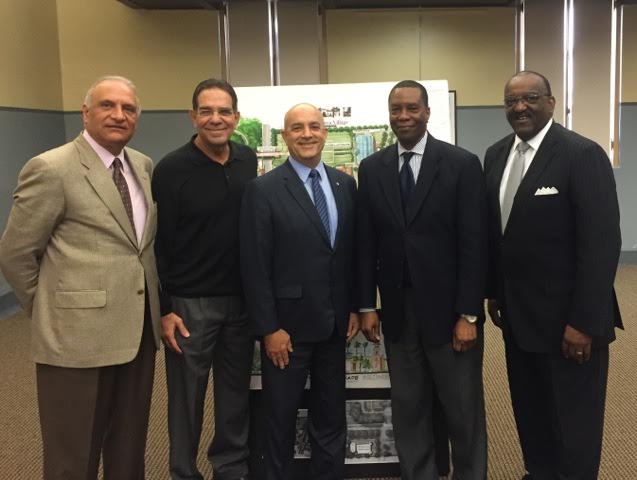 Modeled after a lavish Italian Renaissance style palace, Vizcaya was built in 1916 as the winter residence of industrialist James Deering. Bahamian stonemasons from Coconut Grove were a major part of the construction team.

The estate is located on the west shore of Biscayne Bay and is operated as a decorative arts museum by the Dade County Park and Recreation Department.

Vizcaya is famous for its fantastically decorated rooms filled with antiques ranging from the 15th through the early 19th centuries and for its ornamental ironwork, particularly the front gate, created by Samuel Yellin.

The estate is also well known for its formal gardens inspired by Italian Renaissance palace gardens. Among the many gardens at Vizcaya are the walled Secret Garden, the large Formal Garden with elaborately clipped low hedges; the Theatre Garden, a small garden in the form of an Italian outdoor theatre; and the Fountain Garden, a large circular garden with a 16th century fountain at its center.

Also of note are the Casino, a loggia or open summer retreat at the southern end of the garden; the Mount, an artificial hill with man-made shell lined grottoes in the front and back; a latticed Tea House on one end of the sea wall and a breakwater built in the shape of a large stone barge. Local building materials were used throughout the house and grounds and several prominent artists contributed to the overall decoration of the estate. 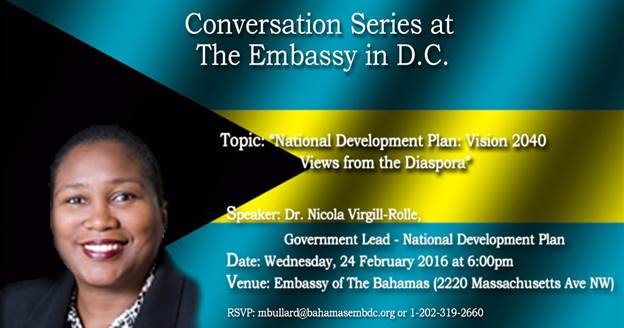 WASHINGTON, D.C. — Bahamians in the Washington, D.C.-area Diaspora and interested guests will get the opportunity on Wednesday, February 24, 2016, to find out details about The Bahamas’ National Development Plan: Vision2040, an ambitious initiative aimed at providing, among other things, a roadmap for the future development of The Bahamas. Dr. Nicola Virgill-Rolle, The Bahamas’ Director of Economic Planning, will discuss specifics of the Plan at an event that will be held at the Embassy of The Bahamas, 2220 Massachusetts Avenue, N.W. beginning at 6 p.m. It is being presented under the patronage of His Excellency Dr. Eugene Newry, Bahamas Ambassador to the United States, in a format similar to the “YOUNG BAHAMIANS CONVERSATION SERIES” launched by the Embassy last year to provide a forum “for young Bahamians in the diaspora to present and dialogue on their research or work and cultivate ideas for the betterment of The Bahamas.” Dr. Virgill-Rolle will invite questions from the audience following her presentation.The National Development Plan: Vision2040 is an initiative of the Government of The Bahamas, developed in partnership with the Inter-American Development Bank and in close cooperation with the College of The Bahamas and The Bahamas Chamber of Commerce and Employers’ Confederation.