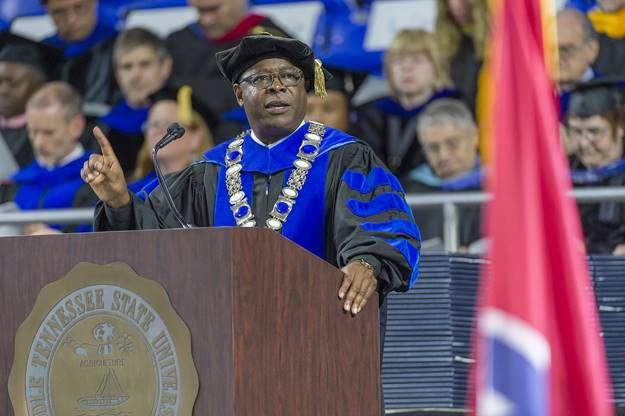 Having taken that first step on the road to becoming a noted academician, Dr. McPhee subsequently received a master’s degree in 1979 from the University of Miami, Coral Gables, Florida, and a doctorate in applied behavioral studies in education from Oklahoma State University. He is also a graduate of the Harvard University Management Development Program and completed professional development programs at St. Mary’s University of San Antonio, Texas, and Colorado College in Colorado Springs.

Dr. McPhee is currently the tenth president of Middle Tennessee State University (MTSU) and according to the university’s website he “has presided over one of the most remarkable periods of growth and progress in the institution’s century-plus of service.”

“MTSU is the oldest and largest institution in the Tennessee Board of Regents (TBR) and the No. 1 producer of graduates for the Greater Nashville economy,” the website notes. “It is also the top destination for transfer students in Tennessee, the top destination for adult learners in Tennessee and, since November 2015, is home to the state’s largest academic support center dedicated to veterans and military families.”

According to the website, “McPhee’s presidency, which began in 2001, also coincided with more than $700 million in improvements in academic, athletic and campus facilities – either proposed, under construction or completed. MTSU’s $147-million Science Building, a 250,000-square-foot, state-of-the-art teaching and research facility, opened in Fall 2014.

“Since his arrival, MTSU has been successful in raising admission standards, which resulted in an increase in enrollment of high-ability students. McPhee has overseen the addition of almost 30 undergraduate and graduate degree programs, two colleges (Behavioral and Health Sciences and University College) and 12 institutes and centers.”

Continuing, the website says: “McPhee’s ambitious Quest for Student Success, which was launched two years ago, is reshaping MTSU’s approaches to teaching and learning. It has gained national attention for its innovation in improving MTSU’s student retention and graduation rates. It aligns with Gov. Bill Haslam’s Drive to 55, which aims to increase the percentage of Tennesseans with post-secondary degrees or certificates.

“He has also worked to strengthen MTSU’s international undergraduate and graduate student enrollment, expanded its study-abroad and cultural opportunities and developed research collaboration with international partners.”

Prior to his arrival at MTSU, Dr. McPhee was executive vice chancellor for the Tennessee Board of Regents (TBR). In addition, he served as the TBR’s chief academic officer and interim chancellor. Dr. McPhee also served in various senior-level administrative capacities at several major universities, including Oklahoma State University, University of Louisville and University of Memphis.

Dr. McPhee was named Outstanding American University President of 2002 by the American Football Foundation. In 2003, he was listed by Nashville Post business magazine as one of Tennessee’s 100 Most Powerful Individuals and, in 2004, he was ranked by Business Tennessee magazine as one of the state’s Top 50 Most Powerful African Americans. He was honored by the Nashville Business Journal with its Rutherford County Impact Award for two consecutive years in 2014 and 2015. He also has been named Omega Citizen of the Year by the Pi Gamma Chapter of Omega Psi Phi Fraternity; recognized as a Paul Harris Fellow of Rotary International; and was inducted into the Hall of Fame for R.M. Bailey Senior High School, his alma mater in The Bahamas, previously known as Highbury High.

Dr. McPhee is married to Elizabeth McPhee, and they have two adult children, Seneca and Sidney-Anthony.

Born in Mayaguana, one of the southern islands of The Bahamas, Dr. McPhee is the son of Catherine Deleveaux McPhee and the late Amos McPhee, who died in 2011.  His 91-year-old mother lives in Nassau.

Oswald T. Brown is the Press, Cultural Affairs and Information Manager with the Embassy of The Bahamas in Washington, D.C. 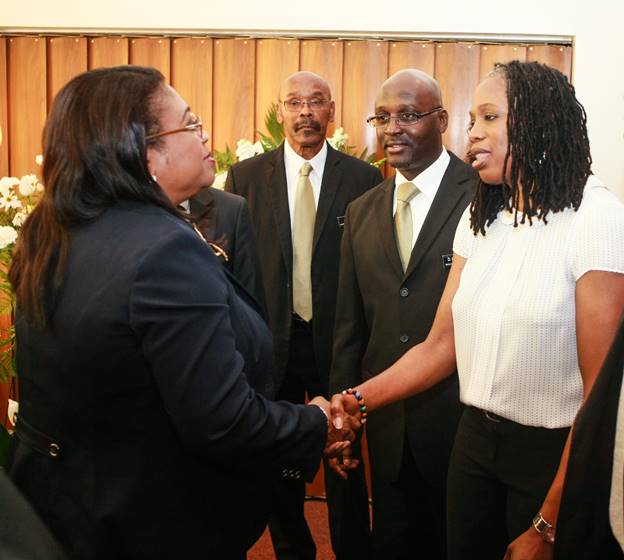 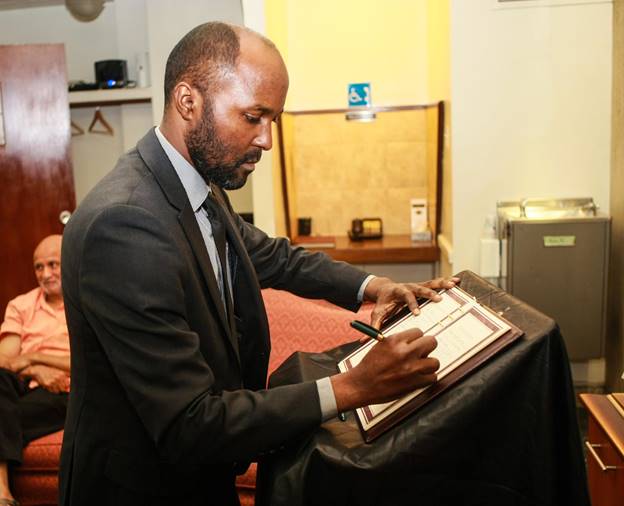 WASHINGTON, D.C. — Bahamas Ambassador-at-Large Stan Smith and Mrs. Paulette Zonicle, Bahamas Consul General to Washington, D.C., are pictured above and below signing the Book of Condolences for the late Cassandra Butts, Ambassador Designate to The Bahamas, on Monday, June 6, 2016, at McGuire Funeral Service, Inc., 7400 Georgia, Ave., NW, Washington, DC., where public visitation was held from 6:00 p.m. to 8:00 p.m. Ambassador Smith arrived in D.C. on Monday to attend the Memorial Service for Ms. Butts scheduled for Tuesday, June 7, from 6:30 pm – 8:30 pm at  Metropolitan AME Church, 1518 M. Street, NW. Ms. Butts, who died on May 25, was nominated by President Barack Obama in early 2014 to be U.S. Ambassador to The Bahamas and was awaiting confirmation by the Senate at the time of her death at the age of 50.