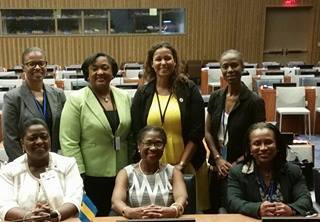 UNITED NATIONS, 21 June, 2016 — Marion Bethel, the noted Bahamian attorney and author, is among the 11 experts elected to serve on the United Nations Committee on the Elimination of Discrimination Against Women (CEDAW), replacing those whose four-year terms are set to expire at the end of 2016.

They were elected from a list of 25 candidates. Comprising 23 independent experts serving in their personal capacity, the Committee monitors the implementation of the Convention by States parties.

“Each expert serves a four-year term and elections are held every two years, ensuring a balance between continuity and change in the Committee’s composition,” according to a UN press release.

“At the outset, the Meeting of States Parties elected, by acclamation, Mwaba Patricia Kasese-Bota (Zambia) as its Chair, upon her nomination from the African States.  Nadav Yesod (Israel) from the Group of Western European and other States and Mohammed Marzooq (Iraq) from the Asia-Pacific Group of States were elected Vice-Chairs,” the release noted.

A total of 189 States Parties voted.

Ms. Bethel, Counsel and Attorney-at-Law and managing partner with Sears & Co. Chambers, Nassau, was endorsed by CARICOM and also received widespread support from many Asian, African and European countries.

Ms. Bethel is admitted as an Attorney-at-Law to the Bars in England and Wales and the Bahamas. 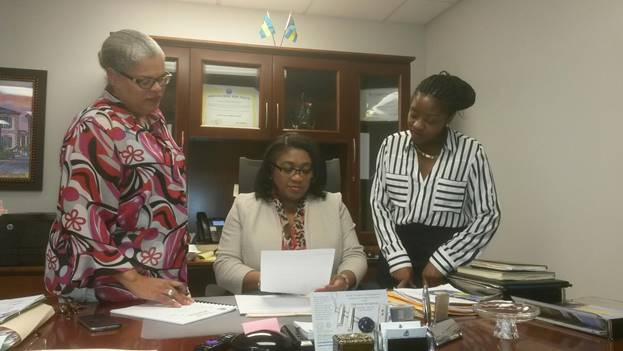 WASHINGTON, D.C. — Plans are being finalized for events in the Washington, D.C., area celebrating the 43rd anniversary of The Bahamas’ attainment of independence.

Mrs. Paulette Zonicle, Bahamas Consul General to Washington, D.C., who is spearheading the events being organized, has announce that the celebrations will kick-off on Saturday, July 9, 2016, with a picnic at the U.S. Coast Guard Base, 7323 Telegraph Road, Alexandria, Virginia, from12 noon to 4 p.m.

Also on Sunday, July 10, a Concert and Tea will be held at the Hyatt Regency Hotel, 4700 Wisconsin Ave., N.W., Bethesda, Maryland, beginning at 4 p.m. Admission to the concert has been set at $35.

A reception is also being planned, but details have not yet been finalized.

The Bahamas, a former colony of Great Britain, became an independent nation on July 10, 1973. 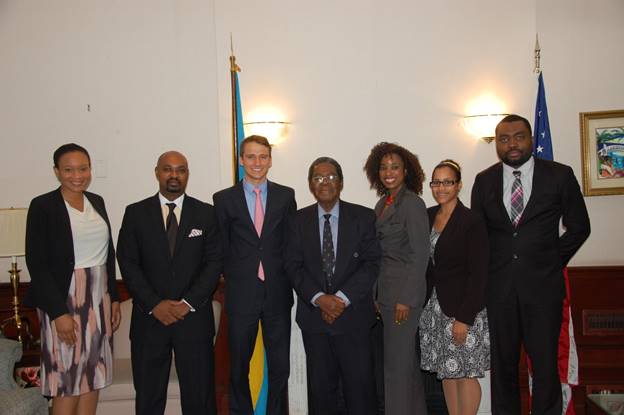 WASHINGTON, D.C. — Nicholas Richard Knowles, a 19-year-old Bahamian student at Georgetown University’s School of Foreign Service, is nearing the completion of a five-week internship at the Embassy of The Bahamas in Washington, D.C., an experience that he describes as the “first steps” towards “a life devoted to Bahamian service.”

Born on September 5, 1996 in Nassau, Bahamas, Nicholas is the first child of André and Lynette Knowles, who “were thrilled to deliver a healthy, beautiful son.”

Nicholas attended Tambearly School from Reception through Grade 6. Under the strict but loving guidance of Mrs. Alice Langford, Nicholas developed the foundation and skills that would follow him through the rest of his educational journey. He was then accepted at St. Andrew’s School in Grade 7 and graduated in 2014. He completed the rigorous IB Diploma Program the following year and continues to preach the value it has had thus far in his academic career.

While keeping his studies at the highest level, Nicholas has always kept a balance in his life with many hobbies. From the age of 5 Nicholas played both soccer and baseball. He was later introduced to golf and this became his sport of choice throughout high school and college — his greatest achievement being selected to the Bahamas Junior Golf Team and representing his country on an international level on the golf course. Aside from the sporting arena, Nicholas is highly passionate about speech writing and debating. He formed the Debating Club at St. Andrew’s and led his team to victory at the Division 1 BAISS Speech & Debate Competition in 2014.

Nicholas was proud to represent Killarney at The Bahamas Youth Parliament session in 2013 where he met his future peers and enjoyed a lively debate while learning more about the parliamentary proceedings in The Bahamas. His love of international relations led him to participate in Model United Nation programs at both Harvard and Yale, where he thoroughly enjoyed meeting students from around the world.  His passion in this field was rewarded when he was accepted in 2013 at the Yale Young Global Scholars Program – an intensive summer experience at Yale University – designed for outstanding high school students from around the world. As a result of his dedication, he was awarded a Director’s Award for Exceptional Achievement and Leadership.

Community Service has always been an important part of Nicholas’ life. The January 2010 earthquake in Haiti had a profound effect on Nicholas’ life. The scenes of the devastation and the suffering of people so close to home spurred him to action. Nicholas created “SHOES FOR HAITI”, a project on which he spent the next 5 months working.  SHOES – Send Haiti Our Extra Shoes – collected, cleaned, sorted, bagged, and finally shipped to Haiti 868 pairs of shoes for the people who had lost everything in the earthquake. This was Nicholas’ first real taste of community service and the experience led him to seek other avenues for his desire to give back to his own community. “Hands for Hunger” has become his favourite service organization. He has spent countless days contributing at every level and aspect of this organization, from helping in the truck with the delivery of food, to office work, to representing the organization at events and fundraisers.

At Georgetown University’s School of Foreign Service, where he studies International Politics, Nicholas enjoys extensive involvement with numerous campus organizations, including the International Relations Club, Georgetown’s Club Golf Team, Georgetown Speech Writing and Advisory Group, and as a tutor in the Writing Center.

After the completion of his studies, Nicholas’ “dream is to attend graduate school in Europe, truly making the most of a continuously international education.” He then hopes to join the Bahamian Foreign Service and represent the country through diplomatic engagements around the world.”

During his internship at The Bahamas Embassy, Nicholas attended sessions of Organization of American States (OAS) on a regular basis and worked closely with Deputy Chief of Mission Chet Neymour, Second Secretary Mikhail Bullard, Second Secretary Krissy Hanna, Second Secretary Tracee Dorestant, and Second Secretary Jade Williams on both bilateral and multilateral matters. Based upon the quality of his contributions to the work of the Embassy, expectations are high for his future.

The success of Mr. Knowles’ internship has underscored the importance of consistent facilitation of such opportunities by the Embassy.

“Over the years the Embassy has engaged several summer interns on an ad-hoc basis but it is the aim of the Embassy, going forward, with the concurrence of the Ministry, to facilitate a regular full-time internship programme every summer for young Bahamians interested in learning about and assisting with the work of the foreign service in Washington DC,” Deputy Chief of Mission Neymour said. “The internship programme will have as its target university students in the Washington DC area. The goal of the internship programme will be to provide access to practical work experience, focused on Bahamian diplomatic engagement, for the cultivation of the next generation of Bahamian foreign and public service leaders.” 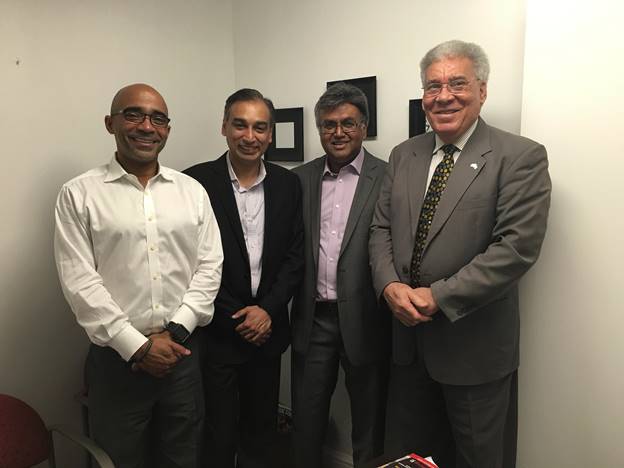 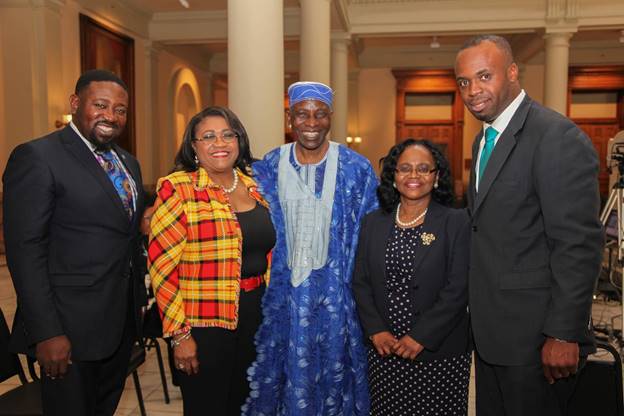 The Africa Heritage Foundation is focusing on launching economic empowerment and bridging the gap between the nations of Africa and The Bahamas, Caribbean Islands, Brazil and South America.

One of the goals and objective of the Foundation is to have an exhibition in The Bahamas that will educate and inform the communities more about Africa and its emerging economy.  It also seeks promote a better understanding between Africans and Bahamians; promote awareness about mutual values and virtues as people of color; and promote cultural awareness through cultural exchanges, economic development, technology transfer, international relations, education and preventative initiatives.

Consul General Zonicle was presented with an Honorary Citizen Certificate from the Secretary of State of Georgia by Ambassador Chief Tunde Adetunji.

CAPTION TWO
Mrs. Paulette Zonicle, Bahamas Consul General to Washington. D.C., being presented with an Honorary Citizen Certificate from the Secretary of State of Georgia by Ambassador Chief Tunde Adetunji.