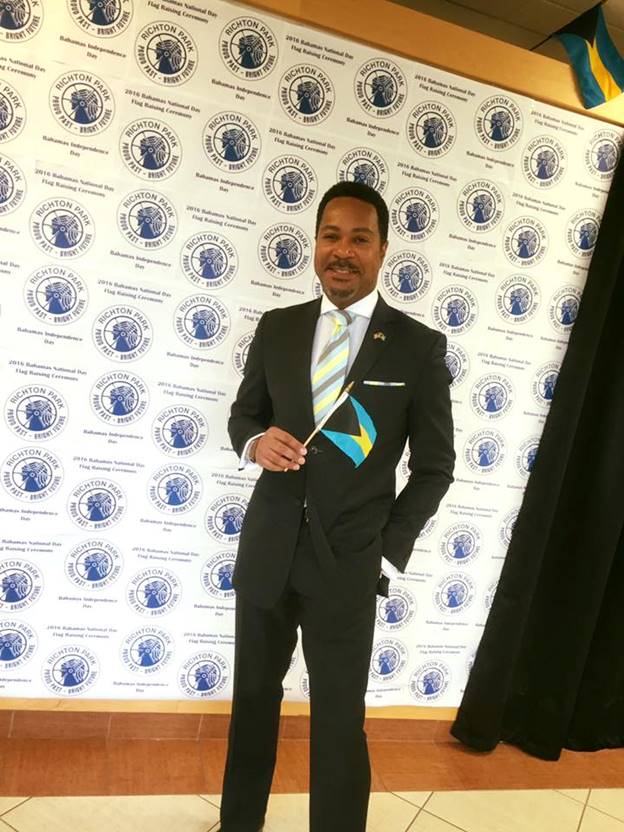 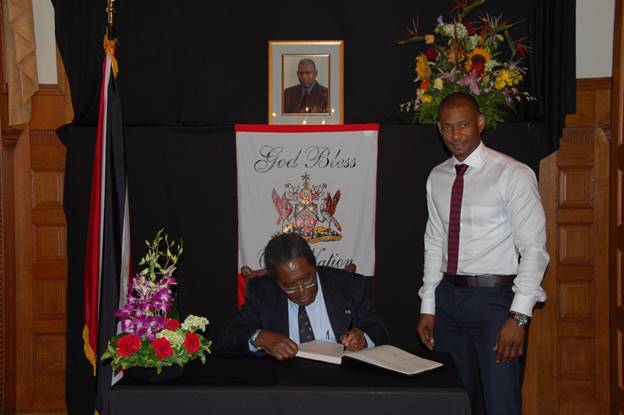 WASHINGTON, D.C. — His Excellency Dr. Eugene Newry, Bahamas Ambassador to the United States, is pictured signing the Book of Condolences to former Trinidad and Tobago Prime Minister Patrick Manning on Friday, July 8, 2016, at the Embassy of the Republic of Trinidad and Tobago, 1708 Massachusetts Avenue, NW. Looking on is Warrant Officer Duane Marcano, Executive Administrative Assistant for the Defence and Military Attaché at the Embassy of Trinidad and Tobago. Mr. Manning, who was Prime Minister of the twin-island nation from 1991-95 and from 2001-10, died at the San Fernando General Hospital on Saturday, July 2, at the age of 69. 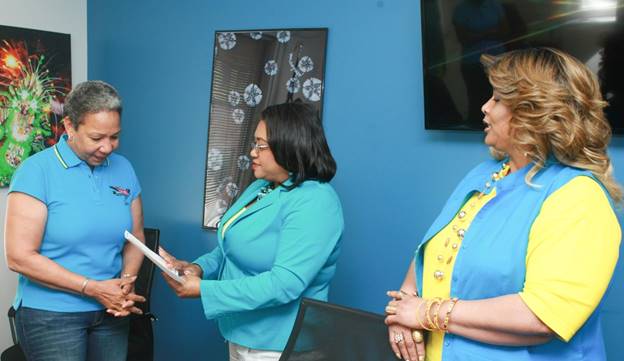 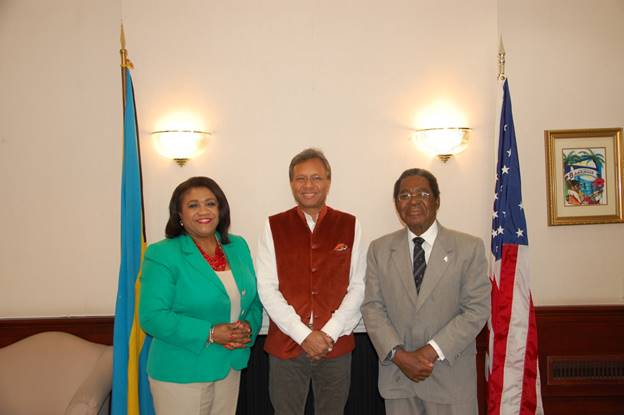 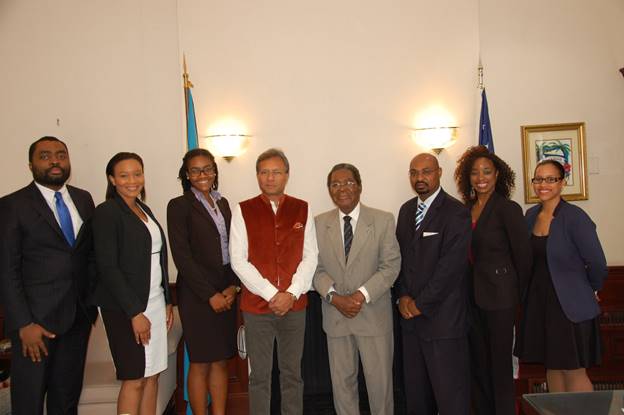 WASHINGTON, D.C. –His Excellency Ashish Saraf, Honorary Consul of The Bahamas to India, paid a courtesy call His Excellency Dr. Eugene Newry, Ambassador of The Bahamas to the United States, on Wednesday, July 7, 2016, at the Embassy of The Bahamas, 2220 Massachusetts Avenue, N.W. Described in his official biography as “a global citizen,” Mr. Saraf currently lives between New Delhi, London and Singapore. He is the Joint Managing Director of Ferro Alloys Corporation Ltd. (FACOR), one of the India’s largest and established producers and exporters of High Carbon Ferro Chrome/Charge Chrome worldwide, an essential ingredient for the manufacture of steel and stainless steel. He is also the CEO of FACOR Global Pte. Ltd., an international trading firm that undertakes financial advisory services for global investments. Mr. Saraf was appointed as the first Honorary Consul of The Bahamas to India in 2006 and continues to hold that position. In the first photo Mr. Safar (center) is pictured with Ambassador Newry and Ms. Paulette Zonicle, Bahamas Consul General to Washington, D.C. In the second photo from left to right are: Mr. Mikhail Bullard, Second Secretary; Ms. Jade Williams, Second Secretary; Miss Dena Ingraham, a Bahamian student at Lincoln University in Pennsylvania, who is doing a five-week internship at the Embassy; Honorary Consul Saraf; Ambassador Newry; Mr. Chet  Neymour, Deputy Chief of Mission; Miss Krissy Hanna, Second Secretary; and Miss Tracee Dorestant, Second Secretary.

NEW YORK — Bahamians in the Diaspora in the New York area and friends of The Bahamas have been invited by the Hon. Forrester Carroll, Bahamas Consul General to New York, and His Excellency Dr.  Elliston Rahming, Bahamas Ambassador to the United Nations and Permanent Representative to the Organization of American States (OAS), and other member of the diplomatic corps in New York to attend events this weekend celebrating The Bahamas’ 43rd anniversary of Independence.

The celebrations have been organized in conjunction with the Bahamian American Association Inc. (BAAI), under the theme, “Honouring Our Peoples Excellence.”

Then on Sunday, July 10, a church service will be held at The Church of the Crucifixion, 459 West 149 Street (corner of 149th Street and Convent Avenue).

Formerly a British colony, The Bahamas became an independent nation on July 10, 1973. 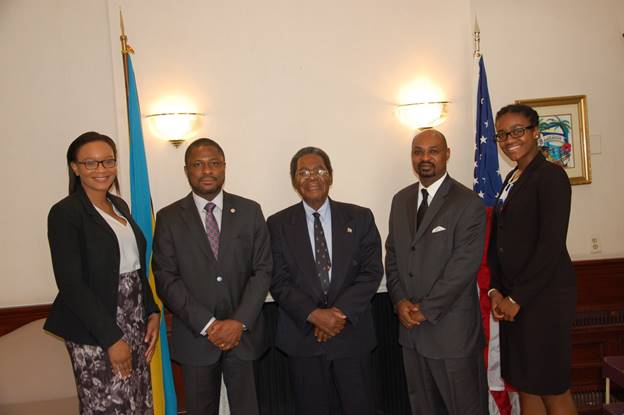