THE WORK OF THE MISSSIONS ABROAD

cialis generic doctor times;”>WASHINGTON, cialis sale cheap D.C. — Mrs. Jerusa Ali, for sale a Bahamian national who is a PhD candidate in law at Carleton University in Ottawa, Canada, and her husband Mr. Fareed Ali, a naïve of Trinidad and Tobago, paid a courtesy call on His Excellency Dr. Eugene Newry, Bahamas Ambassador to the United States, on Monday, April 13, 2015, at the Embassy of The Bahamas, 2220 Massachusetts Ave., N.W. Mrs. Ali, who has a BSc in Foreign Service, MA in International Relations and an LLM in International Human Rights Law, was in Washington for the 109th annual meeting of the American Society of International Law (ASIL) held at the Hyatt Regency Capitol Hill, April 8-11. Pictured from left to right are: Mr. Fareed Ali; Mrs. Jerusa Ali; Ambassador Newry; Miss Krissy Hanna, Second Secretary, Bahamas Embassy; and Miss Tracy Dorestant, Second Secretary, Bahamas Embassy. 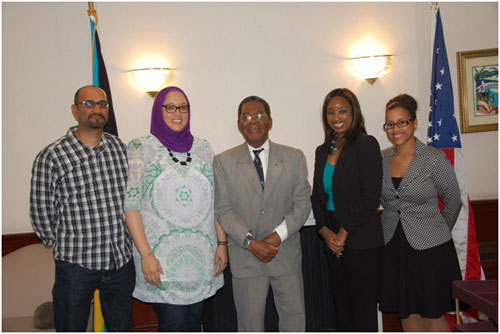 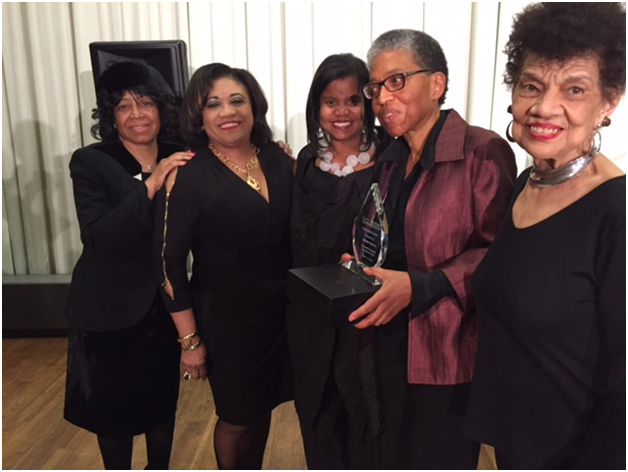 NEW YORK — The Hon. Forrester J. Carroll, Bahamas Consul General to New York, signs the book of condolence for Eduardo Galeano on April 16, 2015 at The Consulate General of Uruguay, 420 Madison Ave, New York. Eduardo Galeano was a distinguished writer and journalist born on September 3, 1940 in Montevideo, Uruguay. Throughout his prolific career he authored more than 30 books, including “The Open Veins of Latin America” (1971), which continues to transcend borders and inspire new generations of writers around the world. He died of cancer on April 13 at the age of 74 in Montevideo. 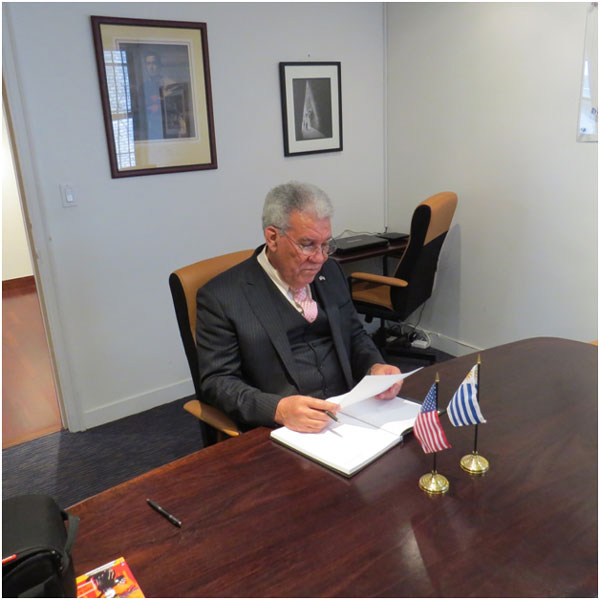