THE YOUNG PLP’S NEED FOR A REALITY CHECK

Power concedes nothing without a demand 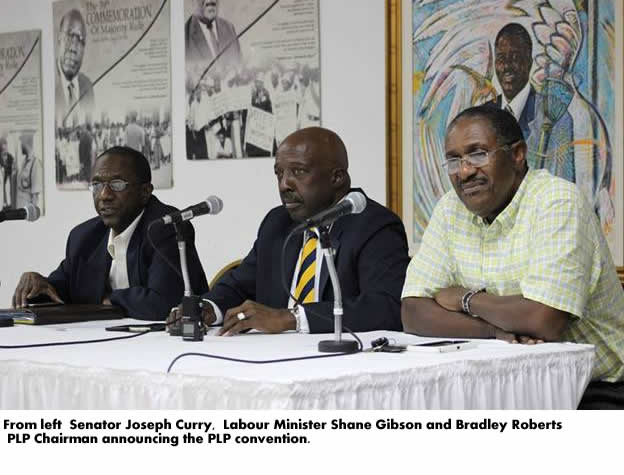 It is almost a certainty that the status quo will remain.  No one will change what exists. That is not to say whether right or wrong.  That is the probable fact and outcome.

What is being urged by some is a challenge to all positions from the top to the bottom.  There is no public evidence that the PLP has the appetite for any such thing, notwithstanding the urgent rumbling from the bottom in the country.  The inner world of a political party is in a special class of its own, a bubble that is sometimes filled with self-praise and  self-congratulations which often defy ordinary logic even to its detriment.

Some would wish that there is an indication from the Leader of the Party that he is stepping down and that he is putting in place a transition for the party to new leadership, a la, P.J. Patterson style.  That is not the style of the Prime Minister.  His management and political style is diffuse which helps to keep those would be insurgents at bay and divided.  It has served him well.

There is some talk about someone, an outsider running for Chairman and changing the landscape.  That too seems unlikely unless the incumbent decides that he is not going to run.

The way things are stacked up, the PLP is an organization which is hierarchical and tradition based, it would be unlikely that anyone would challenge anyone. Certainly there is no public evidence that MPs who have the most critical say in the matter have any appetite for a fight over leadership at this point in time.

The fact is political parties and their delegates make the decisions about who will lead: not The Tribune, not Facebook, not What’s App or Twitter or Instagram.

It is the delegates.  Those now adherents of the party who now complain about what is about to happen, speculate about what is likely to happen, wish for change to come have to keep that in mind.

When they were advised time and time again of the fact that what changes political parties is the hard grunt work of organizing in branches and attending branch meetings and a getting delegates elected, they stood on the outside.  Some would come once to a branch meeting, get fed up and you never see them again.  Now they have all the mouth on Facebook and Twitter, on the radio, but they have no vote.  It is not too late if they again want to engage in the grunt work which is necessary to bring about change in a political organization.

So life brings about changes. Politics is a fortuitous business but there is a need for a reality check, a need to simply look at the figures and count the votes.

You will have a party convention which will be dominated by a demographic which is post 50 years of age, if not post 70 years of age. The number of the permanent councilors with a vote at the convention will outnumber the regular delegates elected from amongst the branches and therefore more representative of the population at large 3 to 1.  They are dedicated to the status quo save for about ten per cent of them, based on the last party election results. The way the PLP is built, the incumbent has a built in advantage.