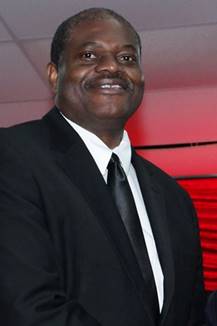 In his wrap up Prime Minister Christie again defended his reputation in telling House colleagues that Diane Philips and Joseph Darville of Save the Bays were wrong for being a part of a campaign that held the office of the Prime Minister up to ridicule on allegations not based in facts. He also reasoned that the Supreme Court injunction against Mr. Nygard’s application should have been lifted to make way for a public hearing on the particulars of Clifton Bay where the contents of an environmental assessment and an environmental management plan he commissioned could be fully scrutinized and conclusions drawn based purely on facts.

On the critical issue of jobs, the Prime Minister announced that the $20 million allocated in the current budget for jobs training and placement will now be used under an apprenticeship template currently in practice at the Grand Bahama Shipyard. Prime Minister Christie said he expects this template to be utilized at Baker’s Bay in Abaco, on projects in Exuma, Eleuthera and throughout the family islands as the jobs created must be tied to training and must empower young Bahamians.

“We want a training program that is an empowering program where people will go to work – they will be making a stipend or minimum wage as the case might be – and they will be empowered to fill vacancies as they come on stream. It will be based on the needs assessment as it exists out there so I expect the Minister of Labour to be very busy to be identifying those areas where these people will go to work. I want to begin to employ people on the basis wherever they are that they will be trained.

“They (the Grand Bahama Shipyard) have brought about now where the twelve they have become forty. They will train forty a year over four years but in addition to which they recognize that they have 600 to 700 work permits. They have agreed they would replace all of those semi-skilled people by initiating 200 – a training program for 200 people a year starting in April. (This is a) template that we have created – that we support and we had a meeting with Baker’s Bay where we indicated we want to do the same thing with Baker’s Bay; we will do the same thing in Eleuthera; the same thing in Exuma; we want to be able to get directly involved” said the Prime Minister.

Mr. Christie also told the House that the IMF has warned during their Article IV Consultations that tampering with the structure of VAT will create difficulties and increased costs for the business community as they would have to create a separate accounting system to track VAT-exempt items at greater operating expenses to their business. This was in direct response to opposition leader that if the FNM wins the next general election, they would eliminate VAT on a number of items in various categories.

On the issue of jobs, Labour Minister the Hon. D. Shane Gibson presented data from the Department of Statistics to support the fact that 20,170 jobs were created between May 2012 and November 2015. This was in response to charges by opposition members that unemployment was high and worsening.

Both Mitchell and Nottage confirmed to the House that bombing suspect, Khakid el-Bakraoui was listed by INTERPOLE as a Bahamian in error and that he was in fact a Belgian.

Mitchell also responded to Mrs. Sharon Adderely a second time on the death of her son, Christopher Adderley, who died in a Haitian prison and the handling of funds the family submitted to the embassy to defray Mr. Adderley’s legal fees. He reiterated that the funds were turned over to Mr. Adderley’s lawyers who signed for the checks but he and embassy staff do not know of any bribes paid to Haitian officials. He presented copies of receipts signed by the Haitian lawyers who collected the checks. Mitchell was responding to a letter purportedly written by the mother of the deceased where she claimed that the monies paid through The Bahamas embassy in Haiti were to facilitate bribes to Haitian officials ostensibly to secure the release of her son.

The mid-year budget resolution was unanimously passed in the House late Wednesday night.