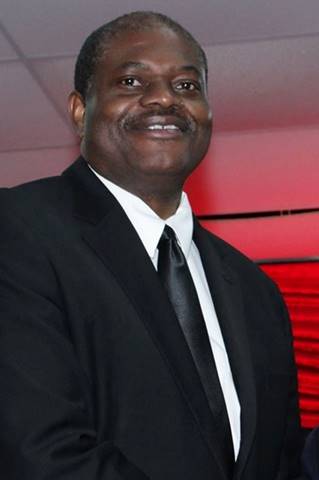 “In recent years, The Bahamas has initiated several policies and programmes toward climate change adaptation and mitigation, which are largely in the early stages of implementation, due to capacity and other constraints. We are now working toward building a comprehensive Climate Change strategy for the country – a strategy that will set out a vision for adaptation, and reducing emissions, all while creating opportunities for sustainable development.”

These were the words of Bahamas Prime Minister the Rt. Hon. Perry G. Christie as he addressed UN delegates at the signing ceremony for the Paris Agreement in New York on Friday. The Bahamas became one of the first countries to sign on to the Paris Agreement under the United Nations Framework Convention on Climate Change (UNFCCC). A record 160 countries are expected to sign onto this agreement.

These policies and programs are subject to government exigencies said Mr. Christie and will be incorporated into the broader National Development Plan under the environment pillar. The goal set by UN member states is a 30 percent reduction in emissions by 2030 and to limit the global average temperature increase to 1.5 degrees Celsius above pre-industrial levels.

The Prime Minister mentioned “capacity and other constraints” in implementing these necessary programs and again called for the need for Small Island Nation States (SIDS) like The Bahamas to be able to access international funding for such environmental projects at concessionary rates.

“The Government has also begun the process of engaging in a variety of partnerships at the local, national, regional and international levels, in order to help us to move forward with these plans. Access to climate finance, in particular, will be crucial to the success of these endeavours.

“To accomplish all of this, developed countries should live up their pledges of financial assistance on concessionary terms” said Mr. Christie.

Accompanying the Prime Minister to New York are Foreign Affairs Minister the Hon. Fred Mitchell and Minister for the Environment and Housing, the Hon. Kenred Dorsett.

A constitutional review on that ancient right of Parliamentary privilege could be brewing as the war of words between two government parliamentarians and Save the Bays continued this week.

According to local media reports, on Thursday Bahamas Supreme Court Justice Indra Charles granted Save the Bays an interlocutory injunction against Foreign Affairs Minister the Hon. Fred Mitchell, Education Minister the Hon. Jerome Fitzgerald and Attorney General Senator Allyson Maynard-Gibson effectively restraining them from further “appropriation, perusal, use, publication or disclosure in Parliament or elsewhere” of email contents purported to be the private property of members of the environmental lobby group, Save the Bays.

The injunction remains in effect until the 12th May 2016.

“We have read in the press a report about an injunction to restrain the freedom of speech of Parliamentarians. We want to assure our constituents that we will not be deterred. We will continue to speak freely on their behalf. Nothing Fred Smith QC can do will stop us.

“This is a breach of our privileges as Parliamentarians. The matter calls for parliament to resist any encroachment on its rights.

“Save the Bays should stand by for more to come.”

The Parliamentarians have contended that some members of the Save the Bays organization were engaged in baneful political activities which are well beyond their published remit of environmental protection. Fitzgerald claimed from his feet in the House that Save the Bays and the opposition FNM are in bed together and are concerned together with activities that could have the consequences of destabilizing the duly elected Bahamas government. They claim that the email correspondences prove this and the public has a right to know of these activities.

This saga all began when Save the Bays filed affidavits in the Supreme Court in early March that they claim provided proof of a murder for hire plot by two criminals named Bobo and Toggie. The matter made its way onto the agenda of the House the 9th March when opposition leader Dr. Hubert Minnis called for a police investigation into this matter and called for full and frank disclosure of the connection of senior government officials to this matter; their names were called in the affidavit.

Later, the former chairman of the FNM and Senator Michael Pintard resigned when an audio file surfaced on social media with Pintard and the criminals discussing the affidavit and the exchange of money. Later, Dr. Minnis admitted to meeting one of the criminals on three occasions at his home where he accepted a gift of fish from him.

The House meets on Monday, 25th April 2016 where all and sundry will find the extent to which Mitchell and Fitzgerald are committed to protecting and jealously guarding these ancient and hard fought parliamentary privileges ostensibly against and in the face of the use of unfettered wealth.