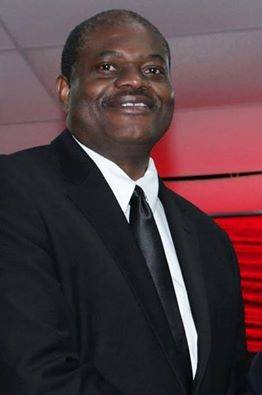 Expressing pleasure at the opportunity by the Caribbean Export Development Agency (CEDA) and the Caribbean Association of Investment Promotion Agencies (CAIPA) to address the Summit, Bahamas Prime Minister the Rt. Hon. Perry Christie heralded the summit’s theme that the time is right for Caribbean investment, and that “good news” is on the horizon, with respect to the state of affairs of Caribbean economies.

“This year, there has been more resilience seen in those economies in the region with rebounding tourism, which has been supported by a rejuvenated US economy, lowered fuel prices and an improved investment climate,” Prime Minister Christie said during an address at the Caribbean Investment Summit, in London, England, on Wednesday, September 10, 2015.

“The climate is indeed ripe for inward investment in the Caribbean, which has re-doubled its efforts toward implementing energy and fiscal reforms, promotion of investment incentives, strengthening of compliance frameworks and continued redress of social ills in the wake of the global economic crisis.”

“The Caribbean region as a whole provides competitive advantages of accessibility, economic and political stability, adequate labour supply, modern infrastructure, robust investment incentive frameworks and trade facilitation, with some preferential access to markets through its trade agreements with Europe, the United States and Canada,” he noted.

Tourism, Prime Minister Christie said, has and will continue to be the primary driver and dominate the economic landscape of the Caribbean for the foreseeable future.

“I certainly remain convinced, however, that the tourism sector and its niche industries will continue to be the engine of economic growth, employment, human capital development, industry diversification and business improvement for most of the 40 million citizens of the Caribbean,” Prime Minister Christie said.

The Bahamas Supreme Court released its written and final judgment on the appointment of the third party Joint Provisional Liquidators on the matter of Baha Mar Monday, 7th September as Justice Winder promised. Their names are Krys Global and Alix Partners.

The Ruling empowers the Joint Provisional Liquidators to take control of all bank accounts and other assets of Baha Mar until such time as a court-approved plan for the completion of Baha Mar is established on November 2, 2015.

Clearly the government believes the ruling provides a road map to a timely resolution of the Baha Mar matter in that it serves the national interest, protects the full value of the investment by Bahamian creditors, create jobs and delivers a world class vacation experience.

“This approach is in our national interest,” remarked Attorney General Sen. Allyson Maynard-Gibson. “It provides a strong mechanism to protect the full value of investments by Bahamian creditors; while putting the project in a position to deliver on its promise, which is to generate job creation while delivering a world class tourist experience.”

Maynard-Gibson further pledged that the government will fully cooperate with the Joint Provisional Liquidators, and encouraged other parties to do the same.

It was a full house by any measure for a family island event of that nature. Some 300 residents of Exuma and the Cays attended the Exuma District Council’s Annual Town Hall Meeting on the evening of September 10, 2015 to voice their concerns and to hear updates from the government in addition to articulated plans for their communities going forward.

Deputy Prime Minister and Minister of Works and Urban Development the Honourable Phillip Brave Davis highlighted numerous ongoing infrastructure projects including the soon to be opened state-of-the-art mini-hospital, the upgrade to the Moss Town Airport, road works and the establishment of an Urban Renewal Office in Exuma.

Minister of Foreign Affairs and Immigration, Fred Mitchell clarified the government’s immigration policies, giving particular focus to the government’s policy on the hiring of skilled foreign labour; it is the classic Bahamianization policy of seeking out Bahamians first for such job opportunities before applying for work permits for foreign workers.

Clearly the government feels that the opportunity to participate in such forums reiterates the Government’s commitment to communication with residents and explain the alignment between public policy and the Government’s initiative to build a Stronger Bahamas, for a safe, prosperous and modern future.

On Monday, Bahamasair issued a stern statement in response to what it characterized as a “nondescript piece” circulated online earlier in the week where “allegations were levied against the Board, Management and Staff of Bahamasair Holdings.”

The allegations were of a photograph of a damaged fuselage posted on Bahamas242 Online and a suggestion that Bahamasair purchased the fuselage to place into commercial operations.

Greatly disturbed and disappointed by the allegations of corruption and carelessness, the statement branded the online missive as an “outright lie,” “erroneous,” “misleading.”

“The photograph used to suggest the aircraft purchased in 2014 was received with a damaged fuselage is an outright lie” said Bahamasair in a statement on Monday 7th September. the fuselage mentioned was purchased several months ago from a dismantled aircraft in Miami to be used for simulated Cabin training for Flight Attendants, who must now travel to Miami for manual training at a savings in excess of seventy thousand dollars ($70,000) annually” said the statement.

On the 9th of September 2015, at or around 17:30 local time in Great Britain and at or around 12:30 pm in The Bahamas, Her Majesty Queen Elizabeth II surpassed the reign of her great-great-grandmother, Queen Victoria, becoming the longest-reigning British monarch.

A brief bit of history:

Queen Elizabeth II assumed her ceremonial duties as the Queen of England on 6th February 1952 at the age of 25 and her official coronation was held on 2nd June 1953. Her reign continues to this day and is the longest of the forty-one kings and queens of England since the Norman Conquest.

Her great-great-grandmother, Queen Victoria whose reign she eclipsed, came to the English throne in 1838 at the tender age of 18 and died in 1901 at the age of 81, having served for 63 years and 216 days.

To commemorate this historic milestone in the life of the Commonwealth, the Bahamas Postal Service will issueBritain’s Longest Reigning Monarch commemorative postage stamps.

On the 15c postage stamp, Her Majesty is shown against the coronation stamp and First Day Cover from 1953, a photo taken on 3rd November 1953 when she left Buckingham Palace in the Irish State Coach for Westminster for the official opening of Parliament.

On the 50c postage stamp, The Princess Margaret Hospital (PMH) is prominently featured with a photo of the facility during the Queen’s 1966 Official State Visit.

On the 65c postage stamp, Her Majesty is shown having a chat with Sir Milo B. Butler, the first Bahamian Governor General of an independent Bahamas, during her 1975 Official State Visit.

On the 70c postage stamp, the Queen’s grandson, Prince Harry, talks to local Scouts after attending a service of Morning Prayer at Christ Church Cathedral on March 4, 2012 in Nassau, Bahamas.

The country lost two sports giants this week. Just as mourning family and friends were eulogizing Livingstone Bostwick at Saint Agnes Church and laying his remains to rest, the Reverend Enoch Backford passed away earlier this week. May their souls rest in peace.

Ambassador of the Republic of Cuba to The Bahamas Ernesto Soberon Guzman said good bye this week as his tour of duty came to an end. Ambassador Guzman paid a courtesy call on the Governor General, HE Dame Marguerite Pindling at Government House on Friday, 11th September.

The government of The Bahamas observed World Suicide Day with a one-day suicide prevention symposium for health and social services professionals on Thursday, 10th September. Addressing the Opening Session was Mrs. Hannah Gray, the Acting Managing Director of the Public Hospitals Authority (PHA) who told delegates that a recent report on suicide indicated that young males were seven times more likely to commit suicide than women in the same age-group. The study she referenced, conducted by Dr. David Allen and his team, revealed that one quarter of the persons living in The Bahamas had considered suicide at some point in their lives.

Minister of Youth, Sports and Culture the Hon. Dr. Daniel Johnson held a press conference on Thursday, 10thSeptember to announce the 2015 National Youth Awards. “The Bahamas government through its Ministry of Youth, Sports and Culture has annually sought to recognize the outstanding contributions of youth in all facets since the establishment of the National Youth Awards programme more than 30 years ago,” said the Minister. Nominations of youths between the ages of 16 and 26 in a number of categories can be uploaded at (www.celebrateyouthbahamas.org). Some areas for nomination are entrepreneurship, arts and culture, leadership, personal triumph, the environment, volunteerism in the community, agriculture, education and religious pursuits. The nomination deadline is Friday, September 25, at midnight.

The Caribbean Disaster Emergency Management Agency (CDEMA) has also announced invitations for nominations for their inaugural Council award. This award was announced at the Sixth Meeting of the Council on June 26, 2015 in Bridgetown, Barbados. Calling the award its highest honour, the CDNEMA Council Award recognizes “significant long-term efforts and contributions which have clearly influenced the advancement of comprehensive Disaster Management in the CDEMA member states.”

On Friday via press release the government of The Bahamas remembered the fallen in the horrific terrorist attack on the world trade center and the Pentagon 14 years ago. “Today The Bahamas remembers the tragic events of 11thSeptember 2001, or 911, and the destruction and loss of life on that day in New York City” said the statement. “We extend our support once again to all nations who lost citizens in that act of murder.

We renew our pledge to fight violence in all of its forms.”

The College of The Bahamas held its Careers Symposium at the Harry C. Moore Library on Thursday and guest speakers urged COB students to develop strong language skills and a sound educational background to propel them through their chosen careers. This message echoed the one recently delivered to students by Atlanta Mayor Kasim Reed. The guest speakers were Raymond Winder, Managing Partner of Deloitte and Touche and Joy Jibrilu, Director General of Tourism who highlighted the advantages of legal training in the second largest industry, Financial Services and Investment.

The Department of Meteorology via NEMA issued a severe thunderstorm warning for Grand Bahama, Bimini and The Berry Islands on Friday. The duration is from 10pm on Friday, 11th September 2015 to midnight on Saturday, 12thSeptember 2015. Aircraft and seacraft are to take special precautions.

Do not forget the Caribbean Wellness fun/walk event to be held on Saturday, 12th September 2015 at 6am beginning at Arawak Cay.