THIS WEEK IN THE BAHAMAS – BY ELCOTT COLEBY 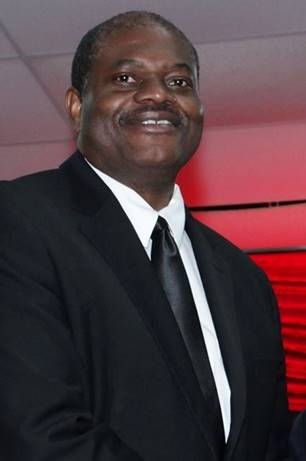 Expressing again in person on behalf of the people of The Bahamas his sincere condolences to the French nation and the families of the victims of the recent atrocities committed in Paris, Prime Minister Christie reiterated two pressing issues as regard climate change, its impact on The Bahamas and what must be done to mitigate its risks.

Mr. Christie was delivering The Bahamas’ statement this week in Paris at the United Nation’s conference on climate change called COP 21.

Firstly, acknowledging that with 80% of our land within one metre or five feet of mean sea level, the PM told delegates that The Bahamas could afford a “business as usual” approach to this environmental phenomenon. He then outlined some steps The Bahamas has taken to date.

“We have strengthened building codes; built new coastal defences; and moved to relocate vulnerable communities – all through (the) use of our national resources” said Mr. Christie. “We have also outlined the actions that The Bahamas will take in its efforts to assume responsibility for the country’s global greenhouse gas emissions. Among them is the development of indigenous renewable energy resources with the goal of increasing the percentage of renewables in the energy mix to a minimum of 30% by 2030.”

Secondly, the Prime Minister stressed that the “$100 billion per year pledge by developed countries needs to be honoured and built upon in the post-2020 period” and that in accessing this fund, the gross domestic product or national per capita income cannot be the main qualifying component for SIDS like The Bahamas to access such funds at concessionary rates.

“The Bahamas should be able to access these funds” said Mr. Christie. “We deplore the continued use of Gross Domestic Product/Gross National Income per capita as the main component in determining the access that The Bahamas and other SIDS have to financial resources for our adaptation needs.”

“For The Bahamas, we have given infrastructural investments priority of place to ensure that there are no significant bottlenecks to successful marketing of our Bahamas. Investment in Bahamasair is one of the critical pillars of our strategy for infrastructural improvement and national economic recovery.”

Laying out one of the overarching policy objectives of the government for a stronger Bahamas was Acting Prime Minister, the Hon. Philip Davis, as he commissioned the first of five new seventy seats ATR72-600 series turbo-prop jets at a ceremony on Wednesday at the Bahamasair hangar.

Speaking more specifically about the nation’s flag carrier, Davis said that Bahamasair has not enjoyed this level of investment since April 1990. Additionally, he said the fleet upgrade was critical to improving the travel experience for both domestic and international tourists and it’s a fulfillment of a commitment to the future of Bahamasair.

“As we work together to improve the air travel experience for Bahamians and tourists, the acquiring of new aircrafts represent the fulfillment of this Government’s commitment to improving the short and long-term future for our National Flag Carrier.

“Some have questioned our investment in this infrastructural requirement. For those people, I say, the many years that Bahamasair took to build a reputation of safe air travel can be dashed in an instant in the absence of heavy investment of the kind now being made.”

Mr. Davis justified the $100 million investment as strategically necessary to proactively build on and enhance Bahamasair’s legacy of safe air travel, improve on its operating economics and necessary to allow the national flag carrier to compete more effectively in the market.

“So notwithstanding the harsh economic realities, we have invested one hundred million dollars towards upgrading Bahamasair’s turboprop fleet in order to enhance safety, improve operating economics, and effectively compete with other carriers.”

The remaining four aircraft, one more with seventy seats and three with fifty seats are due in The Bahamas over the next six months.

Assuring the public that “all the heads of the law enforcement agencies meet regularly to exchange information and make joint plans” on both the national and international levels, Foreign Minister Hon. Fred Mitchell responded to media reports earlier this week about the government’s action plan to protect and secure the borders of The Bahamas.

Following is a summary of some of the government’s substantive initiatives:

The immigration law was recently amended to increase the penalties for offences under the Immigration Act. Eighteen million dollars are being invested in a new border management system. This new state of the art integrated system includes new machine readable passports, new electronic procedures for entry into The Bahamas and the ability to exchange information accords various law enforcement data bases. The Bahamas has signed on to the APIS system which allows for the exchange of valuable information on passenger traffic into The Bahamas. The enabling legislation will be introduced to Parliament shortly so that this system can go live. There have been successful prosecutions under the new laws for harbouring illegal immigrants and for assisting in illegal landings. This operation continues in tandem with continued and unabated repatriation exercises.

Additionally, the Foreign Minister expressed the concerns of the government that the Opposition is “unable to restrain its friends in the activist community who seem intent on tying up the courts in frivolous and vexatious litigation, racking up unnecessary court costs to prove points that are not exactly earth shattering in law.

Another concern expressed by Mitchell was that the court imposed penalties “do not seem to reflect the policy change made by the Government when the law was amended to provide for more severe penalties.”

The Department of Correctional Services began ‘Correctional Services Recognition Week’ with a ‘Wall of Remembrance’ commemoration in honour of fallen comrades on Sunday morning, November 29. In the afternoon, the staff participated in a parade and worshipped at the Annual Church Service at the Myles Munroe Diplomat Centre, Carmichael Road.

The week of events also featured Community Outreach to the Homes for the Aged, Awards Luncheon, Art & Craft Exhibition and a Drill and Display Performance in Pompey Square.

A Town Meeting was held Monday evening, November 30, 2015 at the National Center for the Performing Arts, Shirley Street to discuss the proposed upgrade to the Potter’s Cay dock. Addressing members of the community in attendance were the Minister of Transport and Aviation, the Hon. Glenys Hanna Martin and the Member of Parliament for the Montagu Constituency, Richard Lightbourne.

The Department of Marine Resources advised the general public this week via a press release that effective the 1st December of each year until the 28th February of the following year, the season for the fishing the Nassau Grouper will be closed.

“The Department of Marine Resources further wishes to advise the public that the taking, landing, possessing, selling and offering for sale of any fresh Nassau Grouper will be prohibited during the period 1st December, 2015 to 28th February, 2016 throughout The Bahamas. Further, any grouper that is caught must be landed with head, tail and skin intact. Persons found in violation may face a fine of five thousand dollars ($5,000) or imprisonment to a term of one year or both upon conviction.

“As practiced in the past, persons possessing Nassau Grouper prior to the initiation of the closed season are required to make a written declaration of the quantities of the resource in their possession to the Department of Marine Resources or in the case of the Family Islands, to their local Fisheries representatives, the Police or the local Family Island Administrator” said the statement. Click here to read more…

PrevPreviousIS THE UNITED STATES A SAFE PLACE TO BE?
NextTHIS WEEK CONTINUED…Next