THIS WEEK IN THE BAHAMAS BY ELCOTT COLEBY 23- 27 NOVEMBER 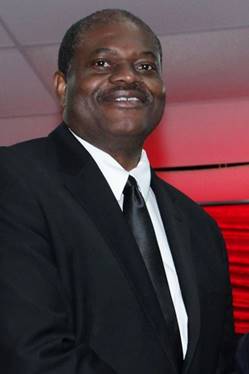 In addressing delegates at a Commonwealth Business Forum this week, Bahamas Prime Minister the Rt. Hon. Perry G. Christie stressed the need for responsible policy and vigilance in protecting the integrity and international reputation of our financial services.

“The world has never felt so big and yet so small at the same time. The problems that we face in 2015 are more complex. The battlefields of global wars are as much on the front line as in the board rooms of financial services businesses. We must be vigilant and jealously guard our jurisdictions from those that wish to engage in financial crimes and other imprudent activities. We must all adopt responsible policy,” said the Prime Minister.

Citing statistical evidence and education and training infrastructure to underscore the importance of financial services to the country’s overall economy, the Prime Minister said that the industry supports over 7,000 direct and indirect jobs and accounts for 15% of the country’s GDP. The industry also “encourages investment in high quality legal, finance and accounting education” said Christie and pointed to the Bahamas Institute of Financial Services as a principal driver in this, creating a regional center of excellence in financial services education and training for over 40 years.

Providing an overview of the country’s public finances and economy, Mr. Christie said that the successful introduction of Value Added Tax (VAT) in January of this year has contributed to the continued improvement in the overall fiscal position of the country.

“Additionally” said Christie, “the country has been able to attract over five billion dollars in foreign direct investments over the past several years and continues to experience positive economic growth from investment-led projects supporting sustained activity in the construction sector, as well as visitor stopovers generating higher levels of hotel occupancy and hotel rooms’ revenue.”

The Commonwealth Business Forum (CBF) is a gathering of business and government leaders from around the world organized as part of the Commonwealth Heads of Government Meeting held in Malta this week. This year’s theme is “Adding global value – Creating a more prosperous Commonwealth.” The first CBF was held in 1997 in Edinburgh, Scotland.

Mitchell: Bahamas “not a difficult country to which to migrate legally”

Wishing to put on the record some observations about migration from The Bahamas’ point of view, Bahamas Foreign Minister Fred Mitchell told fellow commonwealth country ministers that The Bahamas is not a difficult country to live and work in.

Mitchell made these observations as he delivered the Bahamas’ statement on migration at a Foreign Minister’s meeting held during the Commonwealth Heads of Government meeting (CHOGM) this week in Malta.

“The Bahamas is not a difficult country to which to migrate lawfully” said Mitchell. “There are job categories in the country where the skills are not available locally and the result is there is significant lawful migration.”

That said, the Minister explained that irregular or illegal migration continues to plague this country with some 4,000 migrants repatriated, mostly to Haiti in 2015 alone. He claimed that this level of illegal migration threatens the stability of The Bahamas and raises questions of cultural clashes and national security.

“The issue we face is the unlawful or irregular migration in numbers that threaten to destabilize the country. It has become a question of cultural clashes and more recently a question of national security.”

According to Minister Mitchell, even though local and foreign interests have portrayed many of the migrants as helpless victims, intelligence has revealed that this trade is driven by a sophisticated criminal enterprise and to some degree the migration trade has surpassed the drug trade as a legal and national security problem.

“But more recently this is a pattern of a sophisticated criminal enterprise that accepts up to 5,000 dollars a head depending on whether the journey is to the United States or to us in the Bahamas, using not the old fashioned sloops crowded with people but modern vessels.

“The activist community often both at home and abroad stands unwittingly (we hope) as a convenient cover for those who seek to break the laws on immigration and exploit human suffering for selfish ends” said Mitchell.

A compendium of bills designed to reform and restructure the Bahamas Electricity Corporation (BEC) specifically and the energy sector generally were debated and passed in the House on Monday of this week. The bills were the ELECTRICITY BILL, 2015; the UTILITIES REGULATION AND COMPETITION AUTHORITY (AMENDMENT) BILL, 2015 and the ELECTRICITY RATE REDUCTION BOND BILL, 2015

Below is a summary of the House communication delivered by the bill’s sponsor, Deputy Prime Minister and Minister for Works and Urban Development with responsibility for BEC, the Hon. Philip Davis.

The purpose of the Electricity Bill 2015, is to reform the electricity sector and provide for the separation of its regulatory and operations functions by the restructuring of Bahamas Electricity Corporation and transfer of its operating functions to a wholly owned subsidiary company and the establishment of URCA as the independent sector regulator. Its passage repeals the original Electricity Bill and the Out Island Electricity Bill respectively.

The Utilities Regulation and Competition Authority Act (Amendment) Bill, 2015, proposes changes in anticipation of the legislation that will establish URCA as the independent regulator of the electricity sector. It will also enable URCA to discharge such regulatory function in the new electricity supply regime.

The Electricity Rate Reduction Bond Bill, 2015, will provide the legal framework and infrastructure to enable the issuance of such bonds.

BEC is close to being insolvent without the support of a Government Guarantee. Its disparate system design requires major capital investment of at least $450 million over the next 5 years to resolve the many issues faced. Additionally, BEC continues to incur $20-30 million in losses every year due to an archaic rate structure – a financial and operational situation that is impossible to sustain. In fact, the situation is such that BEC is now unable to obtain a credit rating, and therefore has no leverage with lenders or suppliers.

The new 100% owned operating subsidiary, which is now called Bahamas Power and Light Company, Limited (BPL), will operate under private sector management by a Service Provider in a manner consistent with this Government’s National Energy Policy.

BPL was incorporated in September of this year and its Board of Directors was appointed in the weeks that followed, with Mr. Nathaniel Beneby as Chairman. Other members of the Board include Ms. Donna Smith, Ms. Patrice Hermanns, Mr. Andrew Rodgers, Ms. Daphne Simmons, and Mr. Deepak Bhatnager. Recall that two others will be appointed by PowerSecure.

The Electricity Bill further anticipates that BPL and the Grand Bahama Power Company (GBPC) will be the initial licensees, with GBPC serving the Port Area as defined under the Hawksbill Creek Agreement and BPL serving BEC’s current area of supply across The Bahamas. URCA is mandated to issue public electricity supplier licenses to BPL and GBPC within thirty (30) days of the Bill coming into operation.

The Bill further empowers public electricity suppliers to grant permits to property owners to install facilities for renewable electricity generation sources for residential purposes using renewable energy sources of such size and quality as may be prescribed in regulatory or other measures issued by URCA.

The Bill provides for a public electricity supplier to purchase any excess energy supplied to the electric grid of the value and amount, calculated in accordance with regulatory or other measures issued by URCA, of power that is not required for the property owner’s use.

The entire process for the restructuring of BEC and the creation of BPL is underpinned by the issuance of Rate Reduction Bonds in the amount of approximately $600 million, likely to be issued in amounts of approximately 100 million Bahamian Dollars and $500 million US Dollars. This sum, while not being the end-all fix on its own, has several functions:

Secondly, it will also be a source for currently unfunded pensions and other benefits and rights vested in employees or former employees of BEC, which also represent liabilities of BEC today.

Thirdly, these Bonds also represent initial funds to commence and assessment of environmental conditions and an environmental remediation exercise, not exceeding $20 million.  Remediation, particularly in the area of Clifton Pier, is essential. Our environment is our most valuable treasure. Beyond that, people have a right to swim in waters that are conducive to good health.

“This solution” said Minister Davis, “now allows for significant and sustainable reductions in the cost of energy; a financially healthy electrical utility company; increased energy security; improved reliability of service; more responsible environmental attention; and ultimately increases our competitiveness and marketability as a country. It is a process of true reform.”  Click here to read more…

PrevPreviousTHE SEWELL CASE: NOT WHAT FRED SMITH SAID IT WAS
NextTHIS WEEK CONTINUED…Next