THIS WEEK IN THE BAHAMS BY ELCOTT COLEBY 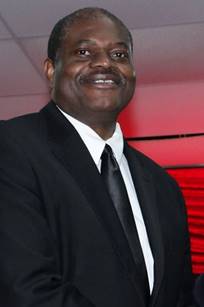 The House of Assembly met on Wednesday of this week where the opening statement for the 2016/2017 budget was read by Bahamas Prime Minister the Rt. Hon. Perry G. Christie. It was the Prime Minister’s fifth and likely final budget communication before the next general election scheduled for May 2017 at the latest.

The Prime Minister touted the fiscal discipline of his administration in the successful execution of its near and medium term fiscal consolidation plan. Faced with a fiscal deficit well in excess of $500 million upon coming in to office in May 2012 said Mr. Christie, the GFS budget deficit now stands at $150 million, $10 million above the projected figure of $141 million due to the $10.2 million payout to 3,078 CLICO policy holders on the 26th April 2016.

“In the 2016/17 fiscal year” continued the Prime Minister, “we will build further on our fiscal success with a projected GFS Deficit of $100 million.

“Since the first year of our mandate and by the end of the 2016/17 fiscal year, we will have reduced the Deficit by $439 million or by over 80 per cent” said Mr. Christie.

With a total capital budget of $242 million, the budget highlights are summarized below for ease of reference:

The Government is in the process of completing major improvements to the airport in San Salvador and expect to engage in major improvements in Exuma, North Eleuthera, Berry Islands, Inagua, Cat Island and other airports as well as part of the $150 million Family Island airport upgrade project.

“Funding for the acquisition and outfitting of the new home of the Post Office is included in the budget” said the Prime Minister.  This is the former Independence Shopping Center on Tonique Williams Highway opposite A. F. Adderly School.

“My Cabinet has approved a single governance model (for NHI) that will accelerate the implementation of Universal Health Coverage while providing effective oversight of the Programme” said Mr. Christie. The Universal Health Care (UHC) Stakeholder Advisory Committee is being formed.

It was reported that NHI was missing from the budget statement. This is inaccurate. “The budget allocation for the Ministry of Health reflects an investment in primary care coverage and health systems’ strengthening that will significantly improve the quality of life for Bahamians” said Prime Minister Christie. READ MORE….