THREATS TO GALANIS HE SAYS 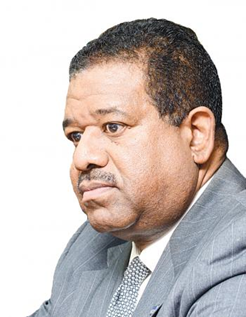 “ One of Mr. Christie’s supporters.  I’m sure not with Mr.. Christie’s concurrence has said “ Christie or death” and he is going to destroy anyone who does not support Mr. Christie.

“ There have been some who have been extremely offensive on the internet.  They have vilified me and my name and that’s okay because their minds are empty.  They are stupid and ignorant and I think Bahamians recognise them for  what they are.

Now I want to go on record  that they don’t faze for a minute.  There is nothing they can do.  They are stupid people.  They are ignorant and they will continue their charges and accusations.  But at the end of the day the process has to help democracy.

It has to help the PLP .  It has to cause people to pause and say, you know , unless this guy is a masochist, unless he like to bring a lot of suffering on himself – and I’m not, let me just say that for the record – maybe we should listen to what he is saying maybe he has a point there.

And I will tell you this, I have gotten tremendous outpouring of support from persons in the PLP, some of whom feel the same way I do but don’t want to say it or are afraid to say it.  And from the persons not with any party…

We have to go to convention in a very sanguine way and be honest with ourselves about what needs to happen and make a determination or onn whether or not Christie fatigue is something that is pervasive in this society or just something we see in certain quarters.

Maybe it is time for us to have a new fresh injection of ideas and a different vision of the way forward with a person who is going to be able to  put  together a team that works as a team.”