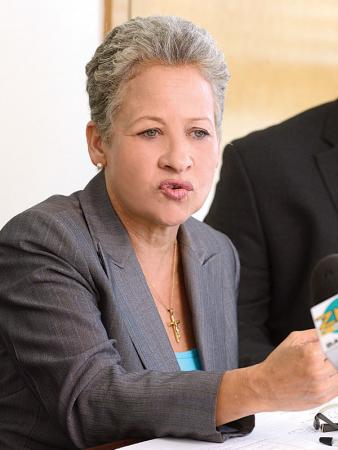 sales times;”>The Ministry of Transport headed by Minister Glenys Hanna Martin is requiring all drones imported into the country to be registered with immediate effect.  This will become mandatory on 1st February 2016 when new rules about their use and importation will have been published.

The Minister made her statement in the House of Assembly on 16th December.

Here’s the new drill according to Rashad Rolle of The Tribune:

Those who register their drone will receive a registration certificate with “fundamental basic safety operating requirements.”

The registration period will come into effect on February 1, 2016, and all such aircraft must be registered by the end of that month.

In order to import an unmanned aerial vehicle (UAV) into the country, the owner will have to present a certificate of registration from the Department of Civil Aviation to the Department of Customs before the agency will release the imported device to the owner.

“The set of safety requirements on the certificate of registration will include rules as to the height and distance for UAV to fly within proximity of airports or persons among other things,” she said.

“The mandatory certification process previously mentioned will take effect February 1 to February 29, 2016, for all owners of UAVs in The Bahamas.

“This includes current owners and those wishing to import a UAV in The Bahamas whether for commercial or recreational use.

“The terms of that certification will be published over the next several days. Failure to register may result in the UAVs being confiscated by the Department of Civil Aviation. For the time being, UAVs being imported in the Bahamas will be processed through the Department of Customs conditionally and subject to registration on February 1 as previously stated.”