TRUMP BRINGS SHAME TO HIS NATION EVERY WEEK 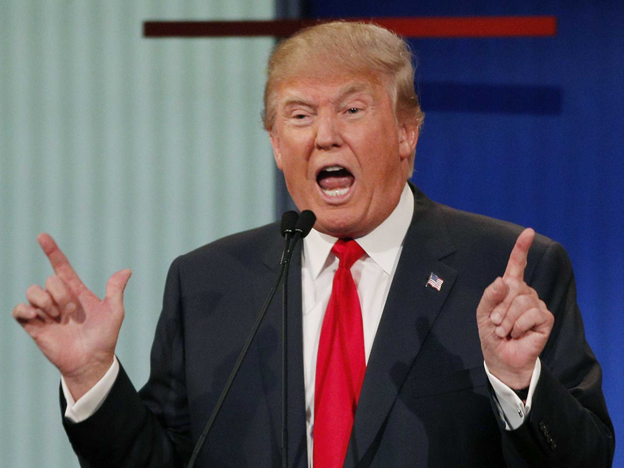 It is very strange these times in the Pax Americana when the country that is supposed to be enforcing the peace has a leader who is widely and openly discounted in his own country and increasingly around the world. It has come to this. Every day, commentators in respected news organizations around the world and especially in his own country, and respected officials and leading civic leaders are calling Donald Trump, the President of the United States, a liar. They get away with it because it is the truth.

This must be painfully embarrassing to the leading lights of that nation who prided themselves on building on a foundation set over two hundred years ago of a more perfect union, one built on at least the ideal of all men, read mankind, are created equal. This fellow who heads the US government comes off as a feckless buffoon, who is so self-absorbed that he simply is not in touch with reality. There does not appear to be a good alternative at the moment.

The latest is his spat with Fredericka Wilson, a woman of Bahamian parentage, who is a Congresswoman from Florida. She is a Democrat and does not go for Trump but the way he sought to savage her because she indicated to the press that he was totally insensitive in a call to a grieving widow, shows that he is a typical spoilt “rich White boy”. We mean “White boy” in a prototype of that character as portrayed in the movies of Hollywood, totally clueless about the social functions that he is supposed to serve and about other people’s feelings.
When called out on it, not only did he double down on the criticism of the Congresswoman calling her in effect a liar but he sent his Chief of Staff a former General to go to savage her further. Turns out that the family of the slain solider was able to confirm the version of the call given by the Congresswoman. It turns out that when his Chief of Staff went out, he also confirmed the fact of what was said in the call, so proving that the Congresswoman was not a liar but it was the President who was lying.

The Chief of Staff then got himself into another lie. He made an allegation that the Congresswoman took credit for something at a ceremony twenty years ago which he said she should not have done. He said he was stunned by it and that he called her an empty barrel. The Congresswoman said that he was liar. The press in the US got a copy of the tape when she spoke twenty years ago and sure enough her version of the facts is the correct one.

What is worrying though is the old checks and balances don’t seem to be working right now. The U S Congress appears to be helpless in the face of all of this. The Courts in the US have done some work but not enough. The press is engaged in too much factual equivalence and buying into the “fake news” mantra of the President when they know that what he is saying is not true.
Those of us on the side lines are looking on and simply saying so this is what the great moral beacon America looks like now a days. It has come to this. They should so something about this. This a quite a low in their history.