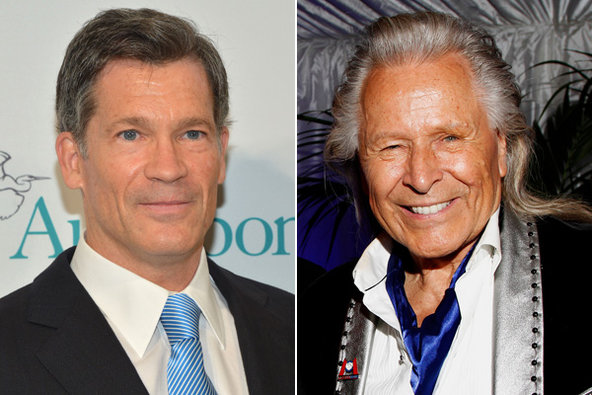 The joke is on Peter Nygard and on Louis Bacon.  They come off as two total jackasses.  They allowed two men from the bottom, with an eighth grade education if that, to fleece them out of money for a song.  The song they sang was that they would help each of the men to off the other man.  They could do neither.   They meant neither.  It seems all to have been a ruse and scam.  Yet they both managed to fool two billionaires.  As Mama used to say: money doesn’t give you sense.

The two men from the bottom by the unlikely names of Bobo and Toogie came into prominence because Fred Smith QC, another kind of borderline case, decided to make a mockery of the justice system and file an action to get an injunction to stop him (Fred Smith) from being killed along with his other half of the ventriloquist and the dummy pair Joe Darville and some others.  The injunction was to be granted because Bobo and Toogie said that they were paid by Peter Nygard to put a hit on Louis Bacon and the group that we just named.  The whole thing was fancifully stupid.

The next week, the same Bobo and Toogie, did an affidavit for Peter Nygard in which they said they were actually paid to put together the affidavit for Mr. Louis Bacon and to boot, Michael Pintard, the FNM Chair, who was busy coaching them on tape on what to say and not to say, had to resign.  Turns out that Bobo and Toogie flew down to the Turks and Caicos Island where they picked up their reward for making up the affidavits.

The net result is that two small time hoods were able to fool two billionaires.

A whole country was brought to a standstill while the Government had to struggle against what was an obvious conspiracy and the Opposition fell into complete disarray.  It turns out that Toogie had also gone to see the Leader of the Opposition Dr Hubert Minnis and had carried fish to him as well.

Mr. Bacon from his redoubt in New York issued a long statement in which he attacked the government ministers he said for leaking his confidential e mails and correspondence and his banking accounts.  He got Fred Smith Q C who is always looking for a way to make a quick buck to go to court and a Judge Indira Charles agreed with him to get an injunction against unknown persons to stop the distribution of the documents obtained “unauthorized”.

We didn’t know that equity acted in vain. The injunction is unenforceable because the e mails were tabled in the House and they cannot stop the distribution of the e mails from that source.

Further, there is the irony of Fred Smith Q C who says he is for openness and transparency and he is getting an injunction which seeks to gag the press.  No one from the press said a word in protest.  But there goes that unethical double standard when it comes to dealing with the PLP.

So we are in the last week of the month of March.  Easter is upon us today and the country sits in bemusement as Bobo and Toogie are laughing all the way to the bank.  Two billionaires prove what a set of asses they are, fighting over dirt.  The PLP feels pretty good about itself and the FNM is in complete and utter disarray.