U S Aid Given Paltry In Comparison To What Is Needed 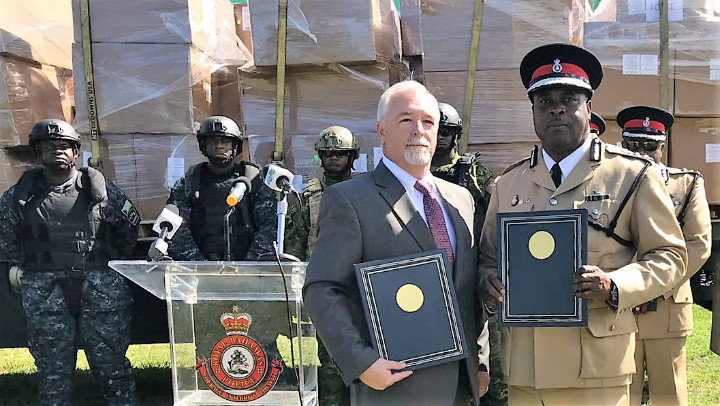 Nassau, Bahamas – On  15 February–  U.S. Chargé d’Affaires Denver Herren presented the Royal Bahamas Police Force Commissioner of Police, Anthony Ferguson, and his team with over $245,000 worth of new ballistic vests, gear, uniforms, and equipment for several RBPF units to protect them in the line of duty.

At the handover ceremony, the Chargé d’ Affaires highlighted the Embassy’s close partnership with The Bahamas.  The equipment is being transferred to the RBPF to protect the officers who participate in interdiction efforts under Operation Bahamas Turks and Caicos). Charge Herren touted the longstanding history of cooperation between The Bahamas and the United States.

“There is no doubt that the criminal networks are transnational, operating between our two countries, putting all of our citizens and our security at risk.  Arrests in The Bahamas remove criminals from your streets and ours.  For that reason, we are bound together as partners, and we want to ensure that our partners have the protective gear and equipment needed to stay safe and effective.”

The U.S. Embassy donated the equipment as part of the U.S. foreign assistance package to The Bahamas, which totals over $4 million annually and provides for items such as ballistics gear, training programs and workshops, vehicles, boats.  In 2017, the U.S. Embassy provided training for over 150 officers in the Royal Bahamas Police Force, as well as members of the Bahamas Department of Corrections and Ministry of Legal Affairs. 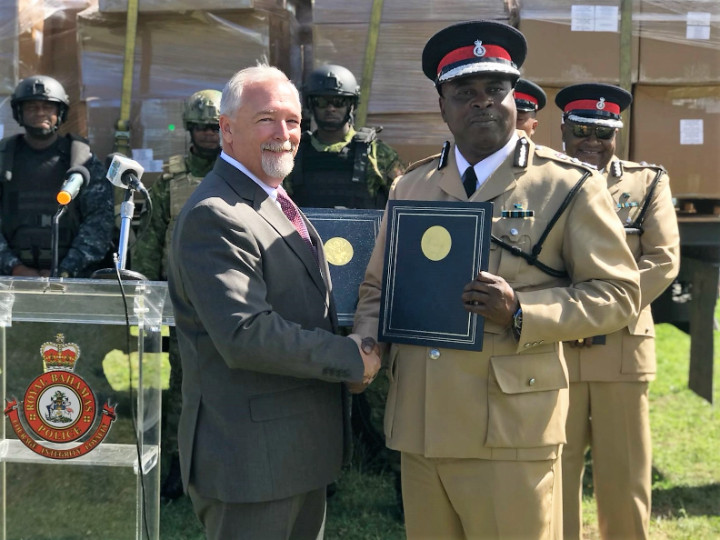 RBPF officers display some of the ballistics protective gear donated by the US Embassy during a handover ceremony at Police Headquarters in Nassau on February 15, 2018. (Photo courtesy RBPF).