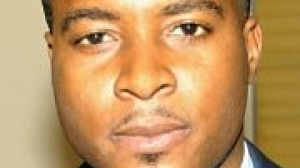 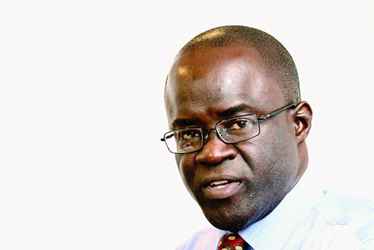 The columnist for The Tribune  Adrian Gibson ( 15 October) has taken issue with the following statement made by Darron B. Cash former Senator and former Chairman of the FNM. The comment by Mr. Cash was made in response to criticisms which Mr. Gibson had earlier levied on Mr. Cash.

“Secondly, you suggest bitterness over the possibility of losing an FNM nomination. Nigger please. Surely you jest and do not know me. Unlike YOU, I was doing more than writing cute newspaper columns before I entered politics. I was putting it all on the line in the name of national development. IF you care to, check the records.’

Here is how Mr. Gibson responded in part:

..the hostile sounding email amounted to a vomitorium of repugnance, vulnerable pomposity and tiresome bombast…

“As an accountant, clearly Mr. (Darron) Cash could easily calculate on whatever scale of colour led him to calling me a nigger that I am a few shades lighter than him…

“Having received the written commentary of Mr. Cash, I now fully understand why thinking minds within the FNM thought that he was not the best fit for the deputy leader post. When I heard of Darron Cash’s much-parodied political crucifixion by 400-plus voting delegates, where he attained only 19 votes (one of which was no doubt his own), I at least had sympathy. Today, that is all gone.’

Mr. Gibson, a former teacher, is now an Attorney working with Fred Smith.  That itself says something.  We do not want to get up in fights between FNMs but there is a generic issue at stake here.  This is the second criticism of Darron Cash by FNM partisans that used the colour of his skin to denigrate him.  Their arguments about his issues, his views, his positions are all fine.  They can say what they like.  But when you have to resort to “ I am a  few shades lighter than him” to defend your position, you are really on a sinking ship.  Earlier someone said that because he was so dark ( Mr. Cash) that he was ignorant.  Why do we need to go there.  This country has had enough of this racism and to have black people fighting over who is lighter than who and suggesting that because you are darker you are ignorant.  Lord help us.  What happened to Martin Luther King’s “ content of your character”.  Mr. Gibson is entitled to his views but that one went beyond the Pale.  Mr. Gibson takes issue with the use of the word “ Nigger” by Mr. Cash.  But get a life young man. All of us know that this is simply a colloquial expression used by all Bahamian Black men and it means nothing derogatory at all. So let’s put that to rest.  But you can even make that argument that the word is objectionable but to this bit about being lighter skinned as if that makes you better intrinsically than Mr. Cash is unacceptable from someone with your intellect.  You ought to know better.  Good  lord!  The rest of it is none of our business.  It’s FNM business and they are welcome to it.