WE JUST NEED TO WIN BY ONE 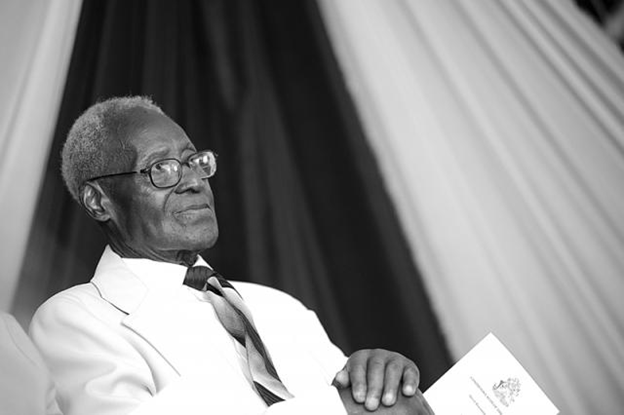 The late Frank Edgecombe… you only have to win by one

In 2007, after a bitter and dishonest campaign waged by the Free National Movement, the majority which Fred Mitchell had obtained in 2002 of about 1200 votes was reduced down to 64.  It was remarkable. The FNM wined and dined the public, the PLP was on the back foot in the campaign, and the slogan then was something about keeping the PLP’s hands out of the cookie jar.

The FNM got in and guess what, there was no cookie jar that had been broken into or from money which had been stolen. It was all one big fabricated lie.  Hubert Ingraham, the Prime Minister under the FNM perpetrated that untruth and during his tenure went after two MPs one of them PLP, another  former FNM MP with a vengeance, having the police question them about matters knowing that any crime was committed only in his own vivid imagination.  He would not let it go until shortly after the general election of 2012, he had to admit that there was nothing to what he had made up in his mind about those two men.

We are now in 2017, the FNM is playing the same script.  You have a man who is at the helm of the FNM, yet another Hubert.  He is a pretender.  He pretends that he is a friend of the poor but he has made a pact with the rich white oligarchy, like Uncle Tom, to get rid of the PLP at any cost, spewing out any untruth that there can be.

He can’t even get his own story straight, can’t control his own group but yet he has painted this picture in the public domain of a man ready to govern on day one.  We have obtained a window into their intelligence and their beliefs and they think that they have all the seats in Grand Bahama, the southern corridor of New Providence, all the family islands, and with the exception of the core inner city seats, they believe  the PLP will be reduced to three or four seats.   That is why they express their gross level of aggression.

We cannot let them get away with it.  Lies must not work this time. The fact is after all the heavy lifting done by the PLP administration, there are good and cogent reasons for it to be re-elected.  But this public that we have gets drunk with the wine of stupid slogans like “It’s the people’s time”.  The FNM argues that is the people’s time but have the Suspicious Six as their candidates: three of whom worked for Sarkis Izmerlian, the bitter and failed developer of Bahamar, and three who work for Save The Bays connected to the bitter billionaire Louis Bacon in the United States.  They cannot serve two masters.  Then add to the mix, the Machiavellian Brent Symonette, plotting and scheming to become Leader of the FNM, and putting the greedy mitts of the UBP rump back at the till.

This same Brent Symonette who  let slip last week that if only they had put the displaced Post Office in the Town Centre Mall, they could have saved a lot of money.  He forgot to remember that the Town Centre Mall is owned by him.  So you see what direction he is headed in?

So that is the FNM that plans to take over The Bahamas on the spurious argument that it is time for change.  It is time for a steady hand on the tiller, not a set of crooks waiting to get their hands on the public treasury.

So here we are, the FNM says they will come with a wave, a tsunami. In the meantime, the PLP must be organized, seat by seat, door by door use by house, person by person.

Going back to that general election of 2007, Frank Edgecombe who won his general election victory by six in one of those elections back in the 1980s, came up to Fred  Mitchell with the reduced majority of 64.  He said: “ Don’t worry brother Mitchell, you only have to win by one.”

We say that to the PLP. The House is made up of 39 seats.  You need 20 to govern. Remember, you only have to win by one.