WHAT DOES CHINA WANT FROM THE BAHAMAS BY LATRAE RAHMING 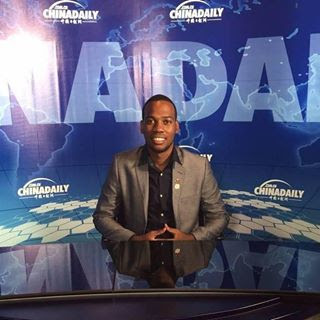 sildenafil times;”>What Does China Want From The Bahamas?

What China wants from The Bahamas  ?- is an essential question for those monitoring the implications and assessing the risk imposed on the nature of China’s economic, social, and political engagement with the Commonwealth. There’s a sustained perspective that China’s growing presence in the region seeks to undermine the United States strategic position and influence in its hemisphere. China’s incredibly ambitious foreign policy in The Bahamas and other Caribbean countries is Beijing continued efforts of improving its geostrategic significance unraveling its economic strength.

Since the founding of the New China in 1949, The Bahamas and China have enjoyed sustained high-level exchanges; stronger political mutual trust relished with closer cooperation. The goals of China’s policy in The Bahamas: Is the promotion of mutual trust and respect built on shared ground. Deepen cooperation with the aim of achieving win-win results. Drawing on each other’s strengths to boost joint progress and intensify exchanges. And The one-China principle which is the political basis for the establishment and development of relations between China and The Bahamas.

Those areas were developed to strengthen the communication and dialogue on core interest areas and common concerns. Currently, The Bahamas remains committed to the one-China policy and the position of supporting China’s reunification and not having official ties or contacts with Taiwan. It is the intention of China in The Bahamas to exchange the consolidated experience of governance on a friendly political basis between The National People’s Congress of China and the Bahamian parliament. China will remain committed to the idea of exchanges between political parties in The Bahamas on the premise of independence, full equality, mutual respect and non-interference in each other’s internal affairs to learn from each other, increase mutual understanding and friendship, and strengthen mutual trust and cooperation.

The People’s Republic of China will pursue a balanced two-way trade between the two countries with an open consideration of free trade agreements justified in the context of win-win cooperation. The government of China will encourage Chinese companies with a good reputation to invest heavily in The Bahamas manufacturing, agriculture, forestry, fishing, energy, mineral resources, infrastructure, and service sector with the aim of promoting the economic and social good of both sides. The PRC Government indicates its interest of welcoming investment by Bahamian businesses in China.

Given the macroeconomic situation of The Bahamas and the financial pillar of the economy, Chinese commercial banks will set up branches in The Bahamas shortly. China will promote its capabilities in The Bahamas agricultural industry through science and technology. Holding technical training programs, partnering in the efforts of jointly upholding food security. In 2009, The Bahamas signed an MOU with China as well as an Agreement of Co-operation between BAMSI and Ocean University of China.

China will use The Bahamas to demonstrate its infrastructure construction potential in various ways so as to contribute its share to further infrastructure development in the region. Thus far China has constructed Baha Mar, The National Sports Stadium, North Abaco Port Project, and The Nassau Airport Gateway. China also wishes to expand a beneficial cooperation with The Bahamas in the area of resources and energy with an understanding of The Bahamas energy inefficiencies that consequently stifles economic growth.

The Chinese will expand its tourism cooperation with The Bahamas to enhance mutual understanding and friendship between the two peoples. With the impending opening of Baha Mar, Chinese airlines such as China Eastern and Hainan Airlines are considering the feasibility of direct flights from Beijing to Nassau. China will prolong its debt cancellation policy in The Bahamas if the situation presents to relieve the country’s debts as China’s ability permits. This tourism cooperation also includes the 250 million dollars Nassau Pointe Resort and the redevelopment of downtown Nassau. The PRC government according to its financial capability and level of economic and social development,will continue to provide economic and technical assistance to The Bahamas without attaching any political conditions. The Government of China will work within its ability and gradually increase its assistance to The Bahamas to meet their needs.

Both countries will collaborate in the areas of cultural, sports exchange, media, science, technology, and health care. The government of China will increase the number of Chinese government scholarships. Currently, there are over approximately 150 Bahamian students studying in China. China’s pledges its commitment to The Bahamas Climate change and environmental protection. Both countries will cooperate in personnel training, education and capacity building in the fields of biodiversity conservation, as well as prevention and treatment of pollution and desertification. It will actively promote consultation and communication between the two countries on combating climate change and cooperation in related projects.

China will actively provide Military assistance to The Bahamas and defense dialogue. Recently through its agreed on obligations, China donated 1.2 million dollars to The Bahamas to purchase military equipment so as to improve jointly the capacity to respond to non-traditional security threats. Without a doubt, The Bahamas must prudently manage the complexities within the relationship. China’s growing presence in The Bahamas warrants active policy consideration. The Bahamas continues to be courteous to the advancement of China’s political, economic, social and cultural integration with the view of safeguarding it country’s long-term interest.

China’s presence in The Bahamas does not represent a threat or deterioration in strategic relations between the United States and The Bahamas or the promotion of Communism ideologies. A determined economic interest drives China’s engagement with The Bahamas. The Bahamas must skillfully leverage its self against China’s enormous appetite for primary commodities, natural resources, and new economic growth opportunities. The rationale from our foreign policy relations with China comes from the phrase ” No man is an island”. Bahamians have to embrace The Bahamas multidirectional diplomacy to fuel growth in an attempt to diversify our economy.

Diversified diplomacy is imperative for The Bahamas in a more connected global economy. The truth of the matter is despite legitimate anxiety and concern China’s presence in the Bahamas is here to stay.

Latrae Rahming is a Senior Government Chinese Consultant with various Caribbean governmental agencies and corporations and a critical ally for any client addressing Chinese policy, legislative, and related issues.