WHAT THE POPE HAD TO SAY TO THE DIPLOMATS 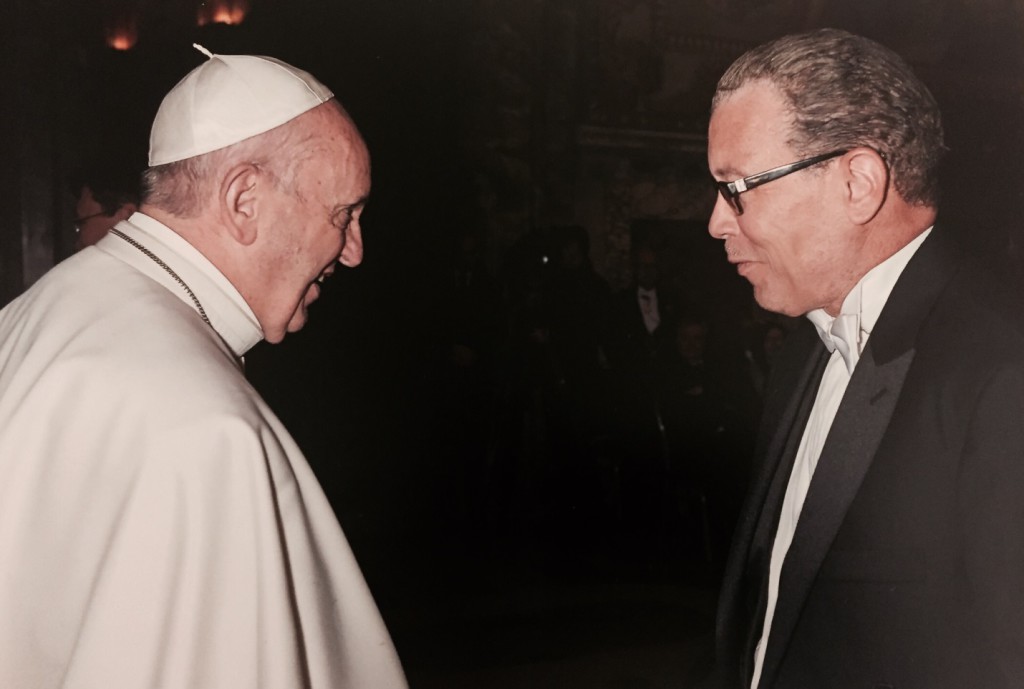 Pope Francis’ address to the Diplomatic Corps ambassadors in Vatican City for their yearly convocation.  Sean McWeeney, The Bahamas Ambassador to the Vatican, represented The Bahamas.  The popes address follows:

Best wishes for the New Year and to reflect with you on the state of our world, so loved and blessed by God, and yet fraught with so many ills. I thank your new Dean, His Excellency Armindo Fernandes do Espírito Santo Veira, the Ambassador of Angola, for his kind greeting in the name of the entire Diplomatic Corps accredited to the Holy See.

In a special way, I would also like to remember the late Ambassadors of Cuba, Rodney Alejandro López Clemente, and Liberia, Rudolf P. von Ballmoos, both of whom left us in this past month. This occasion also allows me to offer a particular word of welcome to those of you who join us for the first time. I note with satisfaction that the number of resident Ambassadors in Rome has increased over the past year.

This is an important sign of the interest with which the international community follows the diplomatic activity of the Holy See, as for that matter are the international agreements signed or ratified in the course of this last year. Here I would mention the specific fiscal agreements reached with Italy and the United States of America, reflecting the increased commitment of the Holy See to greater transparency in economic matters.

No less important are the more general agreements aimed at regulating essential aspects of the Church’s life and activity in different countries, such as the agreement sealed in Dili with the Democratic Republic of TimorLeste. At the same time, I would like to mention the exchange of instruments of ratification of the agreement with Chad on the juridical status of the Catholic Church in that country, as well as the agreement signed and ratified with Palestine. These two agreements, together with the Memorandum of Understanding between the Secretariat of State and the Foreign Affairs Minister of Kuwait, demonstrate, among other things, how peaceful co-existence between the followers of different religions is possible when religious freedom is recognized and practical cooperation in the pursuit of the common good, in a spirit of respect for the cultural identity of all parties, is effectively guaranteed. For that matter, every authentic practice of religion cannot fail to promote peace. Our recent celebration of Christmas reminds us of this: we contemplated the birth of a vulnerable child who is “named Wonderful Counsellor, Mighty God, Everlasting Father, the Prince of Peace” (cf. Is 9:5).