WHATEVER WILL WE DO WITH CANDIA DAMES? 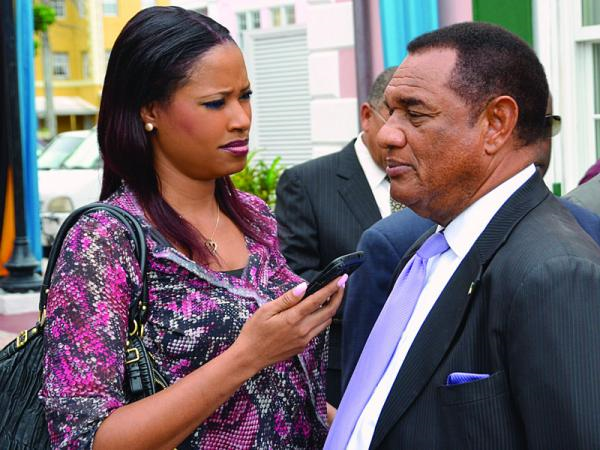 The journalistic vixen from hell was at it again in the press with the exposure of a purloined ( in case you don’t know that means stolen) document to tell the bold faced lie that The Bahamas government was contemplating allowing Chinese to fish in The Bahamas in exchange for an investment of 2.1  billion dollars.

No that’s not what she wrote, but the lady knew that when she ran the story as she did that there would be the racist reaction of Bahamians to the idea of Chinese investment in the fishing sector.  It is quite incredible for a broke country that needs capital to be carrying on like natural asses over this thing with the investment in the fishing sector.  The poor Minister of Fisheries would do well just to be quiet and let these idiots stew in their own fat, rather than wasting time trying to straighten out any bet with stupid people.

It is clear that Ms. Dames caters to chaos and to stupidity. They tried to defend it in the editorial of the Guardian as if they were doing some great service to the Bahamian people but in fact they are creating harm and racism and xenophobia and starving the country of well needed capital.

Someone ought to stick a damn dunce cap on her and the Leader of the Opposition Hubert Minnis.  Can you believe that this man who is hated, ridiculed and reviled by Ms. Dames would actually follow her down that rocky road?  He issued a statement calling for the Prime Minister to break is his silence on the Chinese deal. How stupid? What fucken silence?

We have seen before examples where people start from a false premise and then build themselves up in frenzy of righteous indignation. This one now goes down in the history books as another example of that.  All of us know that Bahamians only can fish.  All of us know that every Black Bahamian fisherman has a problem getting capital.  All of us know that there is no capital to get in this part of the world. The United States ain’t gat none to give you.  Their only concern is stopping drug trafficking and people getting to their borders.  The only people who have excess capital are the Chinese and the Arabs.

Now we are going to cut off our noses to spite our faces by talking absolute shit about we don’t want Chinese money because the Chinese are going to rape our country.  That is bull shit.  The question is not what they want, it is what we want.

The Bahamas has a government which is strong enough and understands the Bahamian public well enough to know that we can get a good deal for Bahamians.

Here is what is at work PLPs. This is the end of the term.  No one is listening to us.  We need to have elections. That is what we should be concentrating on preparation for the elections.  We have all sorts of challenges in how to face this electorate.  This is an electorate in which 53 per cent of the people the last time voted against us.  So we start off with more people being against us than for us.  Many of these people are concentrated in and around agencies like the one the vixen from hell writes in.

What we don’t understand, is why the eff, we don’t just ignore these people, and start working to win our constituencies.  There is nothing you can do to stop this noise at the moment; this is complete irrationality and stupidity.  So let the stupid people stew in their own fat, and in the meantime move on to something else. Enough of this crap.