WHATEVER WILL WE DO WITH HUBERT MINNIS? 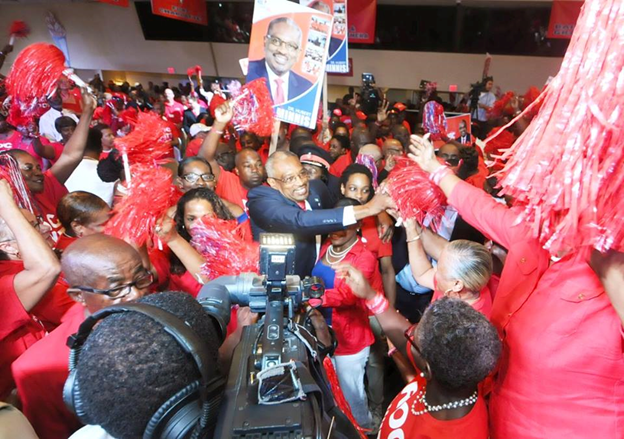 As the passage of time has gone by since all the fights and blows and slings and arrows against him, the FNM under Hubert Minnis is now consolidating its support. The side characters like Rollins, Moss, and Butler have all dropped out of the picture and are irrelevant. The harsh words about the FNMs speaking of each other were not noted by the public anyway and it looks like the FNM are framing up to give the PLP the fight of its life when the general election takes place.

The PLP’s supporters are on edge now. Their instinct tells them something is amiss but they do not have the forum in which to properly express that discomfort. This is at all levels. It is simply an uncomfortable conversation to have, without speaking in accusatory terms.

There are some suggestions.
Should Dr. Minnis be the focus of this campaign? If you look at the experience in the United States, the Clinton/ Obama compact went at Donald Trump, the now president in a personal way. They said he was not fit for office. That he tripped himself up on one lie after the next. Only problem is the people who voted for him didn’t give a tinker’s dam about all of that. They voted for him anyway.

Back to The Bahamas. Someone sent out a meme other day in which they quoted Michelle Obama when she said during the American campaign: “When they go low, we go high”. They superimposed that over Prime Minister Perry Christie and circulated it. Only problem is the Obamas lost the election. And Mr Trump is now the President. So going high doesn’t help you win. This is a dog fight and telescoping punches and being hesitant and then making gestures that are not well planned or thought out doesn’t help the enterprise of winning.

Okay next. The PLP likes to make fun of Hubert Minnis and his grammar. It is appalling. It is atrocious. The people who went to school at St Augustine’s College are appalled. Except the voters don’t give a tinker’s dam. Half if not 90 per cent of them don’t speak proper English themselves. So who gives a hoot?

Then there was Andre Rollins, the MP who is at loose ends about what to do with his life, after crashing and burning at his own hand. He claimed that Dr. Minnis is derelict in his duties not coming to the House of Assembly. But you have got to ask yourself with eight weeks or so left in the term what the heck is the PLP still doing in the House instead of being on the hustings, trying to quiet this sour public.

The serious point is that the PLP has much to tout about itself. It has to get through the clutter and puffery of anti PLP fervour and simply tell the story. One by one. Home by home. It needs a vigorous campaign to negative the FNM leaders directly but not from the PLP’s voices. This cannot be a tentative campaign. This has to be in your face.

As for the propriety of religious leaders and all the tut tutting, forget them. If the PLP loses all bets will be off. The PLP must do what is necessary to win. That’s it. Power PLPs is the only fact.

So some suggestions:
Close the House of Assembly down; each man or woman go to your constituency and work like the dickens; beat the bushes, knock on doors, beg pardon and pray: Hail Mary full of grace the Lord is with thee. Blessed art thou amongst women and blessed is the fruit of thy womb Jesus. Holy Mary mother of God, pray for us sinners now and at the hour of our death. Amen.