YOUNG PEOPLE ARE EVERYTHING…THE ONLY THING 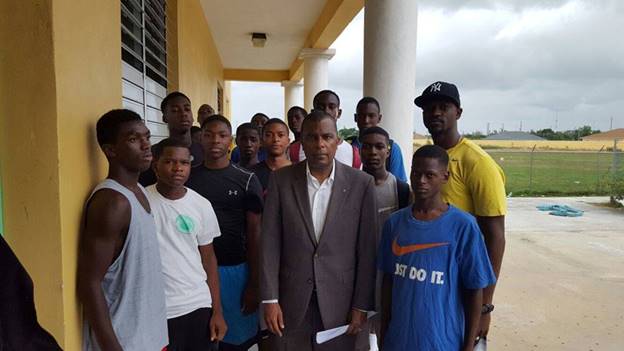 viagra sale there times;”>The unlucky and then lucky people of Burkina Faso were in the streets celebrating last week the election of their new President.  This is the first newly elected President in free and fair elections in 27 years.  As they cheered and the 50 year old banker gave the ritual speeches, the press went and spoke to some of the voters and supporters.  One man said something like this: ‘ We are young people and we are unemployed and there is no work. We elected to him to find work for us so that young people can have jobs”

You may remember in one of the more recent comments of the week on this site, we recounted a story of a waitress in Antigua speaking to the Prime Minister of The Bahamas Perry Christie shortly after the general election victory of the new Prime Minister of Antigua and Barbuda Gaston Brown.  The waitress told the Prime Minister in answer to his question that she and other young people voted for Mr. Brown’s party because the young people needed work. She told Mr. Christie that if Mr. Brown and his government did not produce the work then  they would vote Mr. Brown out the next time and replace him  with someone who  could.

Speaking at the recent Commonwealth Heads of Government meeting in Malta, Mr. Christie repeated what he has been saying now for three years nigh: “ If we ignore young people, their sense of hopelessness, their sense of joblessness, we do so at our peril”.  He said it at the United Nations. He is said it at Caricom. He has said it every forum at home and abroad that would listen.  Yet every government in the Caribbean including our own has not gotten the message.

Certainly they understand it in the cognitive sense but they don’t get it in the sense that it has not translated itself into policy in the sense that the jobs have not been produced. Every Caribbean government, even the one just re-elected in Belize, has the reputation of ignoring young people.

The Opposition Leader in our country Dr. Hubert Minnis wants the country and the young people to think that he has gotten it.  So he made one of those cameo appearances for the cameras at the College of The Bahamas campus, complete with photographer and picture taking playing dominoes on the campus.  He doesn’t get it though.  Not really.  It is called in Trinidad and Tobago “ mamaguying”. In other words the young people would say he is just trying to bullshit us that he cares.  He probably does care but has not prescription to solve it.

Speaking at  the Commonwealth Foreign Minister’s meeting in Malta, Fred Mitchell, the Minister of Foreign Affairs for The Bahamas said that he was frustrated that governments didn’t seem to get it.  They didn’t seem to know what to do.  He told how The Bahamas had set aside 20million dollars for youth unemployment but the money at half year remained unexpended.   He told the Ministers it is really quite simple. Just do it.

He told the story of his own decision at the Ministry of Foreign Affairs which he describes as a place where the “children run the candy store”.  He said he meant for the tilt in the Ministry to go to people who were under thirty. That was the best prescription for the long term success of the Ministry because when they reach year 20, they will be in full flower of their abilities and experience to the  benefit of The Bahamas. He commended the approach to the Ministers.

Then he added this. He said that recruitment of prison officers, policemen, defence officers and immigration and customs officers and across the public service should be done , rapidly ramping up the numbers and allowing retirements to take place unimpeded.  All new employees in the service should contribute to their pensions and not be in the now unsustainable government noncontributory pension scheme.  He said that qualifications ought to loosened or adapted to fit the present day realities.

Mr. Mitchell recounted the story of Kasim Reed, the Mayor of Atlanta, who said that people told him when he became Mayor that he did not have the fiscal space to hire more policemen.  He took a gamble and he said to himself that if he didn’t solve the security and crime problem in Atlanta, there would be no sense for anything at all.  So he simply moved resources toward that end.  The result was a dramatic change in the security atmosphere and growth began to prosper as the city became more confident and its reputation grew.

Mr. Mitchell recommended it to his colleagues. Just do it.

The bargain is this or as Locke would say ” the social contract”: the older people have with their relatively safer incomes mainly pensions, to bear the burden of this by allowing it to happen and retiring and going into voluntary activities in order to get their children into the economy. They must do it. The Government must strike that bargain.  That is simply the way it’s gonna have to be.

The PLP should heed to the minister’s advice: young people are everything; they’re the only thing in this next election.