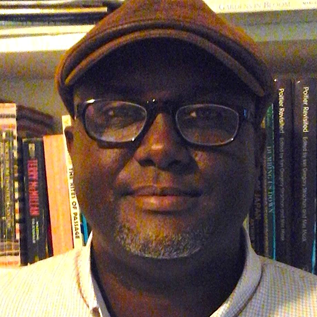 The College Professor Ian Strachan was busy as the devil on Friday 25th September.  He wrote 12 points which he said disqualified Perry Christie from being leader of the PLP.  The first point we make  is that Mr. Strachan doesn’t get to decide.   He is not PLP and so has no say in the matter.  The second point is that he is so extreme in his criticism that what he says strains credibility so people sort of suck their teeth and say “ him again”.  The young PLPs on line were having none of that from him though.  When he posted his 12 points, the young PLPs on their page Forward Onward immediately went to Wayne Munroe QC, the newest high profile PLP to join, and asked him to answer Mr. Strachan.  One thing that transpires from all of this is that Mr. Strachan now puts himself firmly in the category of an FNM ideologue.  By their words, ye shall know them.  The satirist C A Newry went to the trouble to delineate them and the answers on his Facebook page which we borrow with thanks:

(Note: Strachan’s remarks are indicated by the white envelopes)

The Government proceeded with the process mandated thus this notion and overall desire for speed in a highly technical process would be irresponsible. No doubt if BTC had been privatized with a bit more of a sanguine approach the need to go and get the extra 2% would not have arisen. Old saying “Haste makes waste and waste”. With all the VOIP calling for instance what’s app, viber etc what is the real substance of this complaint?

Baha Mar would have been further ahead if there was solidarity shown by all Bahamians. Both courts held that Sarkis Chapter 11 was wrong footed and the Govt was correct. Rumors are what the Opposition always resort to when they have lost on the issues. It is a diversionary tactic. Witness FNM you can trust us and now we know not only of Symonette awarding contract to own company but now outright bribe taker.

3. Referendum on Gambling a shambles and industry still not regularized.

The gaming industry had to be regulated for FATF and other bodies. The PM has already admitted that in hindsight holding of the referendum was wrong and should be commended for that. I cannot recall any other PM who has admitted error.

The regulatory process is ongoing and requires special care and consideration thus only an idiot believes you can rush gaming licencing. The Gaming Board is being assisted by world class experts as this process will be a model to others. This is something for Bahamians of all generations to be proud of as we will be world leaders in this feel upon enactment of this industry.

4. Crime continues to spiral out of control and the government has no short, medium and long term strategy.

Crime is not an overnight thing nor will the solution be overnight. There are actual short term plans related to policing strategies that cannot be revealed. In any event these are the province of the constitutionally protected COP.

Urban Renewal that the Opposition is trying to dirty up is a real creative solution. The Fresh Start Program and others in the Ministry of Youth and Social Services are also crime fighting strategies insofar as they divert persons from criminal conduct in the first place.

We need to consider relaunching the YEAST program cancelled by the FNM. The fact that Strachan doesn’t recognize the social programs as crime prevention demonstrates his intellectual weakness on the subject.

5. BEC continues to fail the public.

BEC. Is this really new? Who has been able to fix this? Maybe not being influenced in the equipment purchased by taking a bribe might have BEC in a better position now. In any event private management was advanced by this Govt and is the only new idea about BEC to be implemented in my 47 years of life.

6. The government threw the people under the bus on Rubis.

Rubis point is not really a reasoned position just a slogan. What are the actual results from the medical tests on this?

7. The oil spill at Clifton remains a mess they continue to ignore.

Oil spill at Clifton. I am not sure how this is an indictment on the PM.

8. BAMSI has been a goosey.

BAMSI is going forward and is the first major paradigm changing program for any part of Andros. The deliberate arson of a building or breach of contract by a contractor can hardly be a matter to be other than resolved by the criminal and civil courts.

9. Junkanoo carnival was a massive waste of public funds and didn’t deliver an economic boost.

Junkanoo carnival. Let him talk to the hand that is the persons who enjoyed it and cannot wait until next year. The impact wasn’t as much as hoped but still significant thus it is disingenuous to say there was no impact. It is not my understanding that the operations themselves will ever make a profit.

10. Bank of the Bahamas is the gift that keeps on giving (at our expense).

BOB. The PLP is cleaning up a mess from lending largely during FNM administration.

11. The PLP threw women under the bus for political gain and now is too scared to have a gender referendum.

Women thrown under the bus is just a slogan. How were they? There is real opposition to the referendum by many who think women will be disadvantaged. How exactly is the delay here anything different from what the then Anglican Archbishop called for before leading the effective opposition to the FNM sponsored referendum?

12. The Freedom of Information Act will never be enforced as long as he’s Prime Minister

Freedom of Information Act. The one thing that is clear is that the FOIA as drafted by the FNM was purposely impotent. It has been strengthen. I don’t know the progress of the revised Act but could comment more if and when advised.

Now if I’m mistaken on any of these please enlighten me but as far as I’m concerned, if Christie is still the best of them all in the PLP they deserve to lose by a landslide.
I HAVE to believe Davis, Wilchcombe, Mitchell or Rigby could ALL do better.

In summary amounts to singing from a hymn sheet by Strachan. It is disingenuous and intellectual lacking in analysis, logic or reason.