10 MAY TWO WAYS OF LOOKING AT THE WORLD 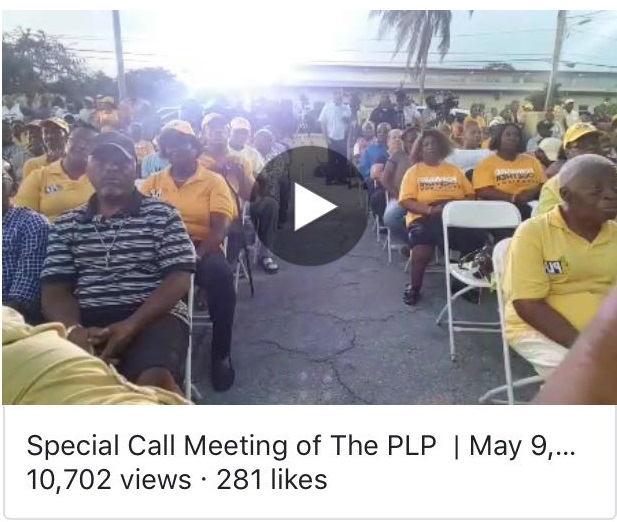 There are two ways of looking at the world since the 10 May 2017 under the FNM Prime Minister Hubert Minnis.  You can look at the statistics.  He says crime is won. He says, he has laid a good foundation.  His Finance Minister says that the economy is on the right track.  They claim that they have paid off the bills left by the PLP.  That means things are tracking in the right direction.

But then look at those stats of the FNM’s meeting and the PLPs meeting.  One was held on the evening of the 9 May, the PLP, and the other the FNM’s meeting on 10 May.  The numbers on Facebook suggest less than a great interest in the FNM’s meeting. The public is not convinced they have done a good job at all.  In fact more than half of the population is dissatisfied with the direction in which the government is going.

Let’s take the hunger index.  The number of people who are literally begging for food and shelter every day is unacceptably high.  This is not surprising when you understand that 5000 people have been let go by the Government on the grounds that they were sent there as PLPs and they padded the public service.

When you let 5000 people go that means a lot of incomes lost, a lot spending lost.

The Prime Minister Hubert Minnis is having a great time at the expense of the Bahamian people.  He has told the press that no one can force him to do what he does not want to do.  He has refused to appoint a Chief Justice.  He   has not accounted for the 32 people he took with him to London. Price tag for rooms alone 150,000 dollars.

His Ministers of Health and Education are experts at attacking poor people.  The Education Minister Deacon Jeffery Lloyd said he was happy to report that he was firing people at the Ministry of Education.  His Health Minister nicknamed Dr. Corned Beef because of his attack on corned beef on the price control list, told the young doctors that if they don’t pass their exam which he is setting then go be maids, dish washers and taxi drivers.

It’s not the people’s time. It’s the FNM’s time.

One year under them has been a dismal failure.

Charles Dickens wrote that it was the best of times and the worst of times. We know now what he meant.

PrevPreviousMINNIS AND THE FNM ARE DELUSIONAL
NextStatement on the Signing of a Memorandum of Understanding Between Bahamaren Limited and China Construction Modular Housing Co., LTD on cooperation in the area of Modular ConstructionNext