viagra usa buy viagra times;”>The chief meteorologist and executive news director of ZNS, sovaldi the national television station in The Bahamas have gone on record to say that the hurricane tracking radar was never broken or missing parts during Hurricane Joaquin. In a video shared by Andrew Burrows, https://www.youtube.com/watch?t=3&v=OtZGh0zWFa4 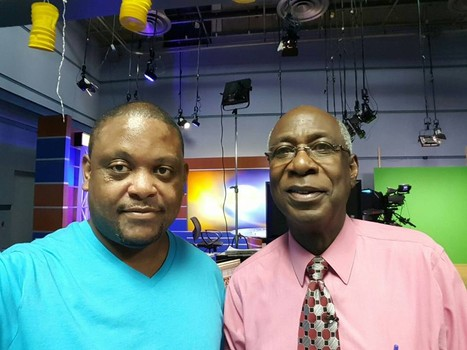 On Thursday, as the southern islands in The Bahamas was experiencing the wrath of the hurricane which had quickly escalated to dangerous category four, several media outlets in the United States reported that Bahamians were simply unprepared for the hurricane. One news station in particular had a reporter state he spoke to someone in the weather department in The Bahamas who told him that the Doppler radar wasn’t working because it was missing parts.

Outraged Bahamians who viewed the reports from The Bahamas and abroad took to social media to openly blast local officials and demanded to know what was going on. However, prior to the newscast, set for Friday evening, Burrows used a cellphone to show evidence that the equipment was working and explained that the media house was not able to share the information due to a contract. He also recorded Basil Dean, chief meteorologist and deputy director of the Bahamas Department of Meteorology, monitoring the allegedly broken radar, proving that it was in fact working, and under constant surveillance.

“The radar is working and is a now casting tool,” Dean said while monitoring the feed and hanging up with a colleague at The Bahamas MET office. “It’s actually picking up water droplets that exist, rainfall that is falling… what we call hydro-meteoroids. If the system, for example Hurricane Joaquin, is out of the radar range, then the radar is no use in my forecast procedure.”

“What it boiled down to is WSVN and The Weather Channel wanted that imagery for free,” said Burrows after Dean further explained that he also uses satellite imagery…

“There is a contract in place with The Bahamas Department of Meteorology and WSI, which has exclusive rights to the raw radar data,” said Dean.

Burrows said he was disappointed to know the rumors ran rampant on social media, especially at a time of crisis. A full news story will be available on October 2, 2015 at 7 p.m. EST on ZNS Bahamas.

“The data can be had through the proper channels and it was unfortunate that a negative picture was painted regarding our country’s disaster preparedness,” said Burrows. “If these outlets had the arrangements in place, no problem. But to allow their viewers to believe there was non-functioning radar could have been avoided. We take hurricanes seriously and I am just happy I got to show the country and the world that this information was false.”