And Then There is Duane Sands 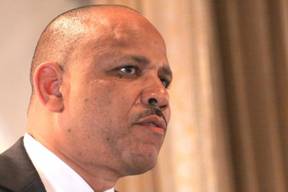 Ryan Pinder, buy cialis cheap the PLP MP Elizabeth, capsule has delivered two royal cut asses to  Dr. Duane Sand as an FNM candidate.  Dr. Sands wants to come back for more.  As they say in the bottom, he must like to take cut ass.  He was in the press during the past week calling for a convention of the FNM.  Only problem is the Leader of the FNM Dr. Hubert Minis duly elected in February and who says no convention is due for two years, has said also that there will be no convention.  He told some friends that the only convention Dr. Sands will be going to is the PLP’s convention to be held later this year.   Dr. Sands is said to be part of a cabal of FNMs who are trying to oust Dr. Minnis by beating the drum for a convention and hoping that Loretta Butler Turner MP Long Island (FNM) will win and thereby set the stage for Hubert Ingraham to displace her and walk back into the leadership of the party.  Dr. Minnis is hip to that and if you look at Facebook at the FNM crowds that have been greeting him at their monthly meetings, you will see that Dr. Minnis is not checking for them and their calls for convention.  Our information is that Dr. Sands, Darron Cash, Monique Gomez and Dion Foulkes will not get nominations under Dr. Minnis.  That’s the real reason the push is on for  a convention.  Dr. Minnis is moving straight ahead, eyes neither left or right and is saying “ Damn the torpedoes”.