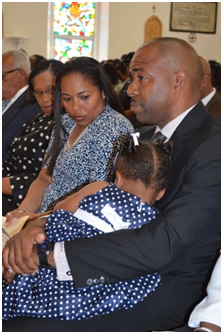 It was amazing, that right under our eyes, one of the most talented and committed Nationalists and Nation Builders, passed on. Normally, such a distinguished person would have been widely known and his works, heralded… Once the inspiration of the Valley Clan, the one that blended, the great Thomas Augustus Robinson, Gus Cooper, George Collie, Doyle Burrows, Amos Ferguson, Derek Cambridge, Smokey Christie, Dunstan Burrows, Perry Christie, the Hawk, to name a few, into the powerful Pioneers Track Club, he stopped at nothing in order to prepare his Team. Money was required for equipment, training and travel so he turned to organizing and hosting fantastic Talent Shows at the Garfunkel Auditorium, in Palmdale. They were always jammed packed. The finest local performers were on Stage. Smokey 007, Sonny Johnson, Tony Seymour, the Satellites, Ezra Hepburn, the Falcons, Wendell Stuart, Glen Nottage, the Vibrations, Ivan Bond Deveaux… and at some point, Jay James Brown Mitchell, came on the scene. Oh those were the days! Pivoting, this fantastic talent drew a bead on the richness of another aspect of our Culture, he Ooped his way into the World of Junkanoo…I think that he liked the cowbells, costumes and group management. The Valley was preparing to invade the Lands of Bay Street…the call went out, the troops were developed, costumed and then he bragged them to the Beginning of the Junkanoo Parade Years of Competition. I would have liked to see him dance with Maureen Duvalier and Percy Rolle…yes that was before Vola and Gus! Somewhere along the way, the Bells gave way to the urge to step to the fire…to cook! It was at this juncture, that the majesty of the man came out… With every penny, pot, pan and grease, the newest Culinary Master emerged. He became, King Conch! D’yenza Burrows could be called the Obeah Man of Conch Culture. He did away with flitters and focused on preserving the conch batter for the long promotional trips abroad. King Conch was a Showman and Bahamian Culturalist. He wore the straw hats, Island Print Shirts, beads and that captivating personality. Oh, I remember hosting him in Atlanta, GA and at FIU…David Johnson used him up, all over the United States, to sell the Bahamas. D’yenza advanced the idea of exporting the Conch Batter and promoting an International Conch Fritter Business. He worked very hard at this! In my original note, I forgot about De’ynza and Doyle’s enthusiastic venture into the Meats, Seafood’s Business…boy, they had fresh fish, fresh meats all the time! Never to stop moving, D’yenza slipped into the Construction and Building Field. He gave it his very best and, soon, he earned the reputation as a fair, honest, affordable and competent builder! How do we keep his legacy alive…in some ways, he was ahead of his time and our minds. Ven. Archdeacon I Ranfurly Brown put him down well! The Valley Boys, Ronnie, Roosie, Moon, Adderley, Malcolm, Derek, Eddie, China, Gus Boys, Rickey, Darrell were there, as was the Rt. Hon. Prime Minister Perry G. Christie…Hon. Minister Dr. BJ Nottage, Leslie Miller MP, Hon. Arnold Forbes, Bradley Roberts, Chairman Val Grimes, Sir Arlington Butler, Livingstone Bostwick, paid their respects. Also attending, was the wife of former Governor General HE Sir Arthur Foulkes… Then, it was out of St. Agnes Anglican Church, onto Grants Town and the sounds of the Valley Boys Junkanoo Group. Cutie Curtis was right there, him and Doyle Burrows, trying to stay in rhythm. D’yenza did much in his time and in his way. He hardly complained… Our Condolence to his Family! May he Rest In Peace! 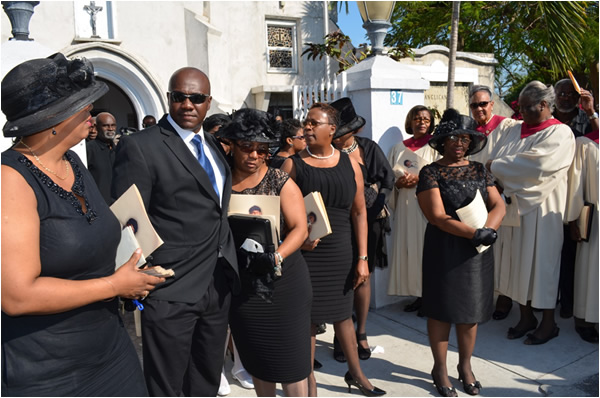 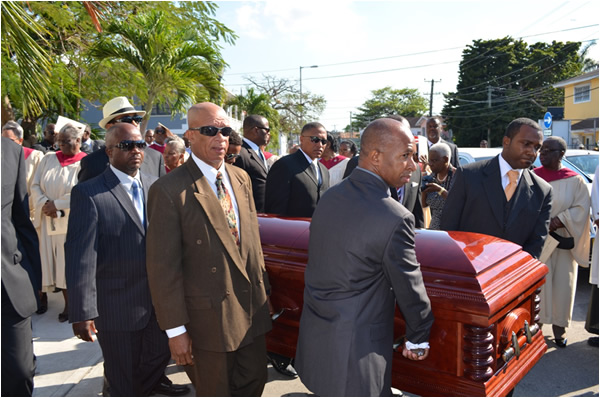 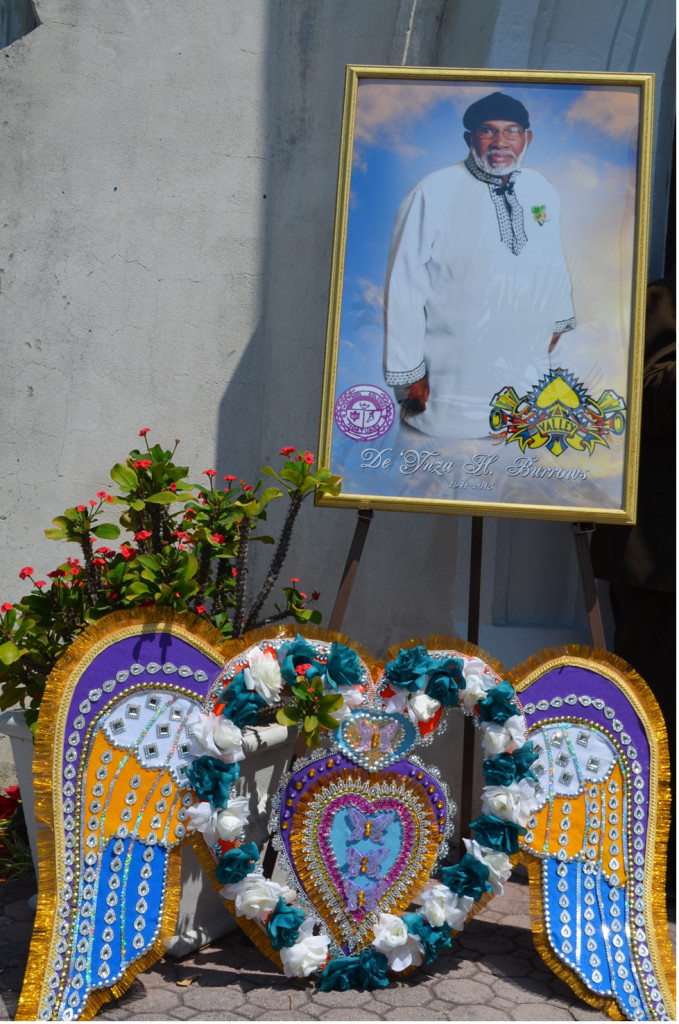