Bahamasair Says It Wasn’t Really A Near Miss 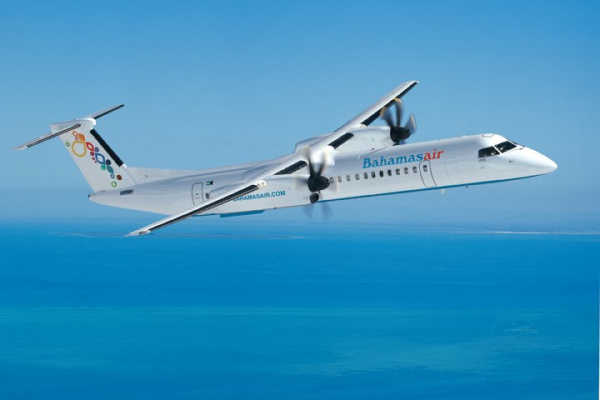 After taking off from LPIA en-route to Marsh Harbour, Bahamasair flight 137, an ATR 42

encountered traffic on the climb out of Nassau.

This was confirmed by both onboard

systems and LPIA Air Traffic Control. As a result, our flight crew made the necessary

adjustments and continued the flight which landed safely in Marsh Harbour on schedule.

At no time were our passengers, flight crew or our aircraft in any real danger.

Bahamasair wishes to state unequivocally that our flight crew and our systems functioned as expected, which was in accordance with training and our documented procedures.

Additionally, Bahamasair thanks the traveling public for their continued support as we strive to be the airline of choice connecting the islands of The Bahamas to the world.

And then Tribune’s Rashad Rolle reported this on 26 May:

DELVIN Major, head of the Air Accident Investigation Department at the Department of Civil Aviation, said yesterday though Bahamasair pilots performed an “evasive manoeuvre” after spotting a Silver Airways plane in the area, during a flight Tuesday afternoon the severity of the situation was “low”.

His statement came after a passenger on board Bahamasair flight BHS137 expressed alarm at the closeness of the two planes.

The passenger said he was told by a member of the crew the issue related to “missed/mixed coordinates”.

Mr Major said: “I did get a report from Bahamasair and all it mentioned is the fact that the Air Traffic Control did point out another conflicting aircraft to Bahamasair and once they saw the aircraft they decided to reduce their climb because both the aircrafts were climbing to their altitudes.

“They saw the aircraft and they reduced their climb, which is the same as an evasive manoeuvre because if you keep climbing stuff could happen.

“But according to them any severity or risk of any midair incident was low because they did see the aircraft after ATC pointed it out in time and they reduced their climb rate to allow the aircraft to go by.

“From a passenger’s point of view he doesn’t realise what’s going on in the cockpit so he would say it’s a near-hit or near-miss but from what took place it’s a routine procedure.”