BAY STREET AND THE UBP: BACK WITH A VENGEANCE 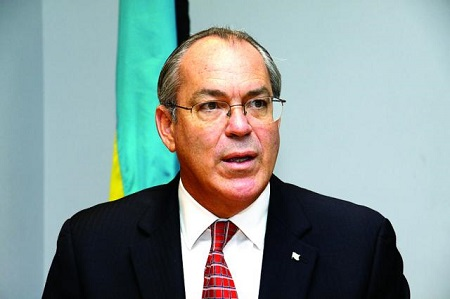 The Commercial Enterprises Bill is what it is called.  We call it the Brent Symonette Bill.  Mr. Symonette is the clearest example of the fact that the dreaded and racist United Bahamian Party who was booted out for their racist and anti- democratic policies in 1967 is back 50 years later, with consent of the majority population.  The Majority Population that spoke loudly and clearly in 1967 have now walked back all of the progress that was made in fifty years by allowing this UBP and son of Bay Street boy to take over and take away all the things as of 10 May.

Okay here is what the bill says.  The Bill will give someone the right to invest in the Bahamas with 250,000 dollars.  They can say how many people they want to work in The Bahamas who are foreigners and bring them in once they have the certificate from the Investment Board, they wave that at the border and can come in without let or hindrance and begin work.  They then have thirty days to apply for a work permit and the Director of Immigration has 14 days to respond and if he doesn’t then it is automatically granted.  The Director can only revoke the permit for a specified cause.

The Bill will be a disaster for the working young professionals in The Bahamas.  This means that any Tom, Dick or Harry will be able with their 250,000 dollars, a small house in South Florida is worth that, and set up shop and compete with Bahamians and have three years to do so.

The Bill should be opposed with very fibre of our being.

The Bill goes to the Senate on Monday 27 November for its consideration.

The PLP should make it clear that if the bill is brought into force it will be revoked once the PLP is back in office.

Here we go again, the UBP is back with a vengeance and the FNM is facilitating the takeover of Bay Street, chipping away at the very foundations of the state that the majority laid in this country from 1967 to now.

Shame on the FNM

PrevPreviousIN THE FNM SO AND SO AINT SPEAKING TO SO AND SO
NextTHE DEATH OF BAHAMIANIZATION? By Bradley B. RobertsNext