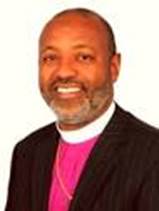 The results of the Referendum 2016 are in, and the will of a majority of those who voted is clear: all four proposed amendments have been rejected overwhelmingly.  The country has had a season of passionate and broad discussion.  This is healthy and is the sort of dialogue that deepens democracy and that causes the country to grow – and that needs to continue.  There were unfortunate things said, implied and done by persons on both sides. Thankfully, those negatives by no means represented the views of the majority of the country or of those who voted.

People have a right to hold, to discuss and to vote their views, and to follow their conscience. I am a proud and responsible Bahamian who informed myself on the issues, held a position supporting all four bills, and who voted accordingly.

In my opinion, rejecting the 4 amendments was a fundamental mistake of huge proportions. Only time will reveal to us the vast and far-reaching implications of the error; but we accept the will of the majority in a democratic society and we move on.

The four bills addressed three separate but interrelated inequities in our Constitution and one “catch-all” objective, all seeking to create fairness for both genders.  They sought to establish equality in the law for men and women. “Equality” does not mean seeking to make men and women the same; for we know that men and women, though complementary, are not the same. “Equality” means seeking to give the same rights and privileges to pass on citizenship to both men and women – which the present Constitution does not do – and then establishing clearly that no one must be discriminated against because of sex, i.e., being male or female.  To have an environment now where this is still not the case constitutionally, for us and for those born after June 7th, 2016, is truly unfortunate. The Bahamas has taken several steps backwards by missing the opportunity to right some basic wrongs.

I am convinced that most Bahamians, in their hearts, support the principle of equal treatment for men and women, and would want to see it enshrined as a reality in the Constitution, since that is our Supreme law.  However, for whatever tapestry of reasons, we have the result that we have. In the post-mortem of this great event there are a number of factors which are worth noting – in my humble opinion:

At the time of the Referendum 2002, the Free National Movement was the governing party. I am of the view that the process toward the Referendum then was rushed and that there was no adequate period of information-sharing and education leading up to it.  This weakened the whole venture. However, given the substance of the questions for consideration in Referendum 2002, I thought that the questions should have been given affirmative response so that the overall objective could have been achieved.

Also, in 2002 both major political parties agreed to the need for constitutional reform in the form of the questions posed.  They both voted in favour of the legislation in Parliament and supported going to referendum. However, once outside of Parliament, the Progressive Liberal Party members then worked against that referendum and failed to vote for it.  Consequently, this year, the same PLP had great difficulty gaining the support of many people in Referendum 2016.

Mistrust also arises because in 2013 the Government engaged in what it later called an “opinion poll” on the question of Web Shop gambling and then, contrary to what it has promised, did not follow the will of the majority of those voting.

It is disconcerting and heartbreaking to know that it will be many years before any government can make another attempt at this exercise.  We have lost the opportunity which June 7th, 2016, provided. Meanwhile, all of us and our children and grandchildren, will have to continue to have inequality in the provisions of the Constitution.

The Referendum is over but the manifold social and economic problems are still very much upon us.  I am suggesting that we now have a moral obligation as Church, as church leaders and as a society to continue and to “ramp up” our efforts to tackle these. If we are afraid of the possibility of same-sex marriage, then let us work harder to strengthen family life and to stabilize the institution of traditional marriage, to build mutual respect, cooperation, respect for law and order and the community spirit of helping one another.

Unemployment is high, hunger and needs abound, people are being murdered, young girls are being impregnated by much older men, spousal and child abuse is on the rise.  The list goes on and on.

Let us all work harder out of love for God, for country and for Christian ideals, rather than working hard for fear of the possibility of something contrary to them happening.

We have a country to build and I invite all Bahamians and residents to join in this noble effort to heal and to build our beloved Bahamaland.