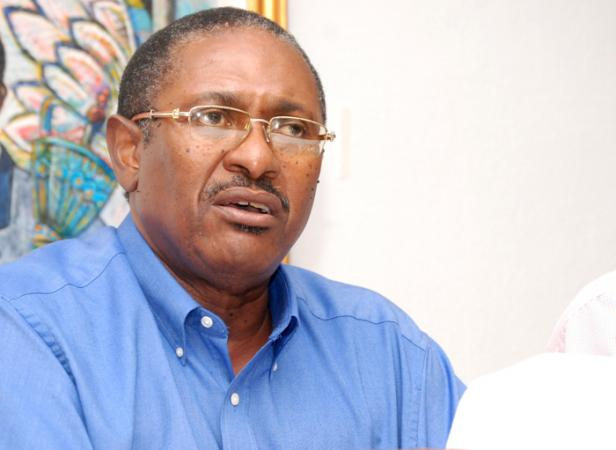 Will Izmirlian surrogates recuse themselves from ALL Cabinet discussions on Baha Mar?

Bahamians have not forgotten that in March 2017 Hubert Minnis told the world that he would seize Baha Mar and sell that resort to an investor of his choosing. Clearly he did not support the current owners, the CTF Enterprise. Minnis manifestly demonstrated on a number of occasions a personal and invested interest in having Baha Mar in the possession of Sarkis Izmirlian or a developer other than CTF Enterprise. At no time did Minnis represent the public interest; at all material times Minnis went to bat for the disgruntled developer who twice led Baha Mar into Bankruptcy.

Bahamians know that D’Aguilar was a Board Member of Baha Mar. He voted to put Baha mar into Chapter 11 Liquidation in Delaware. The same D’Aguilar then proceeded at every turn to oppose all efforts by the Government to get Baha Mar completed, open and operating. In his opposition to all that the government was doing in the public interest and on behalf of the Bahamian people, D’Aguilar was an Izmirilian surrogate, frequenting talk shows and granting media interviews to express his loyalty to the disgruntled developer and his cause; D’Aguilar was Izmirlian chief cheerleader. In the process, he excoriated CTF the new purchaser, CCA the contractor and spoke disparagingly about “the Chinese.” He said that CTF Enterprise was unfit to own and operate businesses in The Bahamas and said that the new owner had ties to organized crime.

Now, as Minister of Tourism, D’Aguilar claims to be interested in getting occupancy levels up. Has his former position that he ran on as an FNM candidate changed? Can he be trusted? Will D’Aguilar recant his previous anti Baha Mar anti-Chinese actions and statements? Will Prime Minister Hubert Minnis recant his promise to sell Baha Mar?

Bahamians are watching and waiting – who can trust D’Aguilar? What will Minnis do about this and other blatant conflicts on interest in his Cabinet?

IN THE INTEREST OF TRANSPARENCY, ACCOUNTABILITY AND HONEST GOVERNMENT, MINISTERS OF THE GOVERNMENT MUST NOT APPEAR TO BE IN A FUNDAMENTAL CONFLICT BETWEEN REPRESENTING THE PUBLIC INTEREST AND THEIR VERY OWN DECLARED INTEREST. TO IGNORE THIS WHITE ELEPHANT AND 800 POUND GORILLA IN THE ROOM IS ARROGANCE OF THE WORST KIND. MINNIS AND D’AGUILAR WILL FAIL IN THEIR ATTEMPTS TO DEFLECT FROM OR USE GLIB LANGUAGE TO CONVENIENTLY EXPLAIN AWAY THIS APPARENTLY NAKED AND ARROGANT CONFLICT OF INTEREST.

Baha Mar is important to the Bahamian economy and to Bahamians. Will Minnis confirm that D’Aguilar and other Izmirlian surrogates – Marvin Dames and Jeff Lloyd (both of whom were employed by Izmirlian) recuse themselves from any Baha Mar discussion in Cabinet?

Further, Bahamians will recall that D’Aguilar claimed that Bahamas Customs owed his Company Super Wash a refund of duty as the Company as the rate was lowered. D’Aguilar was wrong on two counts and it’s amazing to note that amongst the first action taken by this new FNM Government was to substantially reduce Customs Duty on commercial washing machines and dyers. Was this merely a coincidence?

The annual budget outlines the government’s priorities over the next fiscal year and it is clear who is being “fixed-up” by this FNM government as a priority, notwithstanding a claim by Peter Turnquest that the financial cupboards are bare. They say it is the people’s time but the identity of the people are becoming more and more apparent as the days go by. What better way to right the fiscal ship than to fire large numbers of minimum wage employees in the name of politics while lining the pockets of a fat cat $29 million tax dodging cabinet crony.

For D’Aguilar’s edification, I always sat small but will continue to be the public gatekeeper – keeping an eagle eye on all tax cheats and public officials who believe that they are above long held and cherished codes of ethics in public life.