The Prime Minister Gives A Useless Assurance To ZNS 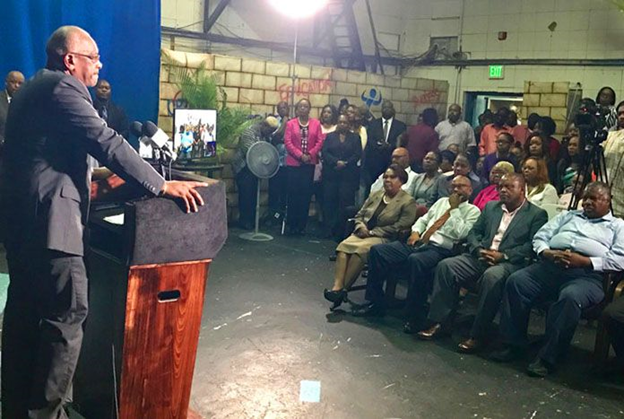 The photo is said to be that of the Prime Minister Hubert Minnis visiting the Broadcasting Corporation to assure them on Friday 9 June said the web that if they do their jobs, they have nothing to fear from the Prime Minister.  This supposedly was to give assurances to PLPs who work there that they will not be victimized by the new FNM administration.  Our comment is: why is such a promise necessary in the first place?  You know he doesn’t mean a word of it.  Just ask Elcott Coleby who simply did his work at the Bahamas Information Services and but ends up without a job even though the Prime Minister promised the Leader of the Opposition Philip Davis that he would allow him to work from BIS attached to the Leader’s office.  The PM now says Mr. Coleby’s contract has expired.  Ha! Ha! Have you ever heard a corpse complain about how it got so cold?  This is the kind of disingenuous behaviour you will find from the FNM. The fact is he is without a job.