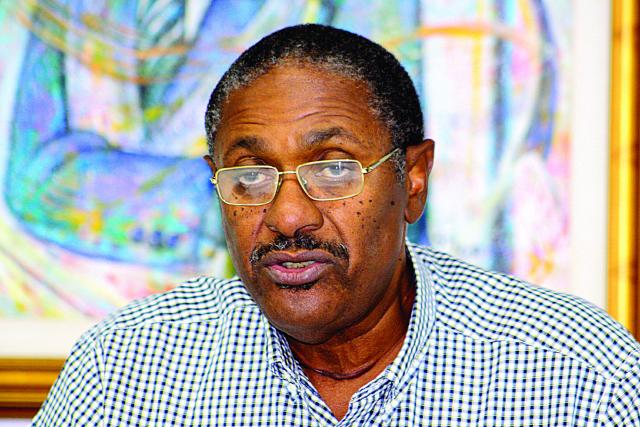 As leader of the FNM, Dr. Minnis should be the last person to talk about fighting corruption as the facts clearly show the FNM as an organization seems to encourage and justify corruption. Just check his party’s record of recent events that have played out under the glare of the media and in the court of public opinion. One could not make this stuff up.

Has Hubert Minnis been asleep at the leadership wheel for the last 4 years?

FNM members of the Fort Charlotte branch claim that their elections were corrupt and took the matter to court. Where was Minnis on this?

The specter of shame, scandal and corruption reared its ugly head several more times during the past 4 years and in each case the leadership of the FNM played the starring role as they stood front and center.

The illegal and criminal ammunition possession and conviction of FNM Senator John Bostwick forced him to resign from the senate in disgrace.

FNM chairman and Senator Michael Pintard was caught on tape pitching a diabolic murder for hire plot to an FBI agent and a local criminal. He was later heard discussing the payment of $500 million to a local gangster in exchange for his signature on an affidavit in connection with a murder for hire plot. After pretending to innocent and ignorant of this sordid affair, Dr. Minnis was forced to come clean and reluctantly admit that he met with both of the criminal gangsters, Toggie and Bobo. Pintard was forced to resign from both the senate and as chairman of the FNM for the corrupt role he played.

The scandal that captured international attention was the conviction of former FNM candidate Fred Ramsey on the $300,000 bribery charges in connection with a BEC contract with Alstrom for the supply of generators that have caused the Bahamian tax payers millions of dollars in addition to years of pain and suffering. Dr. Minnis still has not explained as FNM leader how the decision of the FNM appointed board was overturned by the AFNM cabinet headed by the Abaco Dragon, Hubert Ingraham. What role did then BEC Minister Frank Watson play in this extremely expensive and corrupt process?

I can go on and on reminding Minnis about the massive finder’s fee and massive giveaway of BTC hush money paid to BTC Executives in the wake of the fire sale of BTC to CWC and the $100 million in cost overruns of the NPRIP that remains unexplained to this day by Minnis and the FNM but Bahamians get the picture.

Minnis and the FNM believe that they are above the law and should not be held accountable for their actions as they pretend to embody integrity by lecturing everybody else on integrity and calling others ill names. That is the worst form of deflection and political bluster- not to mention the personification of being delusional.