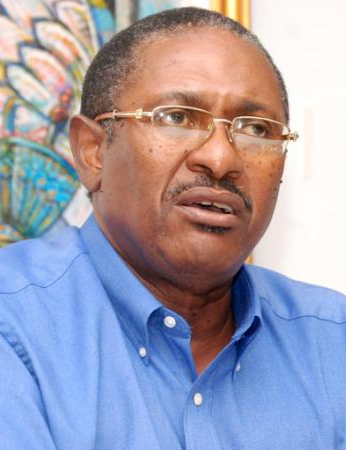 ailment times;”>The Nassau Guardian’s editorial team should be hired to star in another sequel of the hit comedy “Dumb… and Dumber.” Every day, rather than get better at what they should be doing they get worse. What is even more pathetic is how the Nassau Guardian’s editorial team has allowed itself to become the stalking horse for various political and economic interests.

The underhand work of the politically psychotic and bitter geezers and wannabe’s, misfits and troubled arm chair allies of the Nassau Guardian’s editorial team are again patently transparent in their unscrupulous attack on the Prime Minister in the Nassau Guardian’s editorial of January 28th. The words which coached their poorly written piece are the same tepid and repetitive mantras these same persons regurgitate everyday on local bar stools and social events, whenever they can get in their cheap shots at Mr. Christie.

That these political cowards and trouble makers would find solace and comfort in the bowels of the Nassau Guardian is not surprising as this is the modus operandi of bottom feeders. PLP’s everywhere know who the cry babies and simple Simons are.

The Nassau Guardian’s editorial team once again has unmasked their hostility against Mr. Christie and by so doing said to the general Bahamian public and the world at large that they are not making any pretense at even feigning to be guided by the principles of journalism or the standards of ethics that form the foundation of the Fourth Estate but rather they are content to be a rag sheet and a propaganda tool for special interests. We in the PLP know that the Guardian editorial team is really the dummy and the same deficient and troubled ventriloquists – the usual suspects- run their show.

The Nassau Guardian is a private company doing business in media in The Bahamas. It is no different from any other company that manufactures card board boxes or concrete blocks. The fact that its business is media does not extend to it any privileged position of morality or integrity. The Nassau Guardian is plainly speaking a commercial entity out to make a profit and its product is media. That this Bahamian company is misled into thinking the Bahamian people see them or hold them out as some paragon of virtue, integrity, morality or that they have some intellectual superiority is a figment of their over-active imagination.

Both dailies were opposed National Insurance so why would anyone be shocked at their conduct towards National Health Insurance. They sowed to the wind in their opposition to the introduction of National Youth Service and the nation is now reaping the whirlwind.

It is purely laughable to suggest that these smart journalists are asking all the right questions and the Prime Minister cannot answer them.

All of the news print and ink on the planet and all of the on-air electronic time in cyber space cannot assist the Nassau Guardian in extricating itself from its genetic base as they want the whole hog for themselves; they said so by opposing the public option.

The seven member strong insurance cartel of which COLINA is the largest, wants to government to give the cartel hundreds of millions of dollars and let them run NHI; the Bahamas government simply disagrees with that approach. As a private firm, their singular objective is to maximize shareholder value (or generate maximum profits) while the role of the government is the use of the instruments and institutions of the state to continuously improve the lives of the Bahamian people.

The PLP government was not democratically elected to enrich any special interest grouping but to serve the greater national good.

Because of the campaign of misinformation that the media continues to run and because of the political games certain troubled personalities continue to engage in with the media, as national chairman of the PLP I shall continue to publicly call the media out and to expose their rascality and intellectual fraud.

Just as the private company called the Nassau Guardian and their parent insurance company think they have an isolated right to lambaste; to tell half-truths; to spin the facts and negatively categorize public figures and a Prime Minister in broad strokes; the PLP serves notice that we reserve the right to fight back and to tell them what we think of them and their motives.