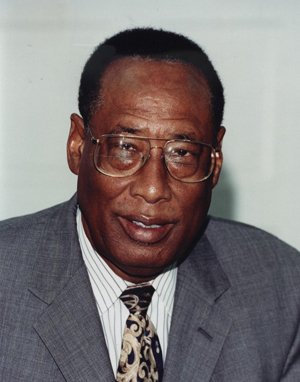 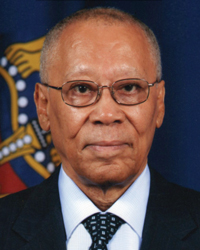 The letter circulating on what’s app has been confirmed as that authored by former Minister of Homes Affairs C A Smith, who last served as The Bahamas Ambassador to Washington.  It is a scathing attack on Sir Arthur Foulkes, the former Governor General and needs no comment save that it is remarkable:

“FNM bitter in file level, the FNM went into and lost the 2 May 2002 general elections.”

The lesson for all of us who claim to be “children of Sir Cecil” and keepers of the flame is to check our egos and personal agendas at the door of the Convention in July and come prepared for wise and tolerant dialogue. Only in this way could we avoid further possible fracture and what could be disastrous results for us and our Bahamian people in the next general elections.

On the following night of the convention when Sir Cecil Wallace Whitfield resigned from the Cabinet of The Bahamas I was there.

On the Sunday afternoon when we were brutally attacked by the goon squad of the PLP for our right to hold an opposing view it was I who chaired the meeting.

On the Friday evening at a meeting at Mary Star of The Sea church hall in Freeport, when you coined the phrase “All together” which later became the rallying cry of the Free National Movement, I was there.

In 1970 when the Free National Movement contested the Bye Elections in The South Andros Constituency and opposition voices were almost wiped out to be consigned to the dustbin of history and silenced forever I was there.

At South Ocean Club when the thrust of your verbal knife was so deadly that Sir Cecil turned to you and was heard to say “Et tu Brute” I was there.

In 1992 when The Free National Movement finally ushered in an era of real democracy, opened up the airways and institutionalized the right for all Bahamians to express their differing points of view both you and I were there.

Sir Arthur, during the half a century of our acquaintance, friendship and brotherhood you earned my respect as the champion of the right to have, hold and express differing points of view and so you must understand how painful it is for me when I now realize that my champion of free thought and free speech has taken the cowardly way out and stooped to new lows by hiding behind a non-deplume (Simon) to suggest that I am betraying my political roots and the proud legacy of the FNM for personal benefit.

This begs the question what personal benefit do you expect in return for your betrayal of all that you fought for in respecting our right to differ? I do not and will not ever deny you your democratic right to hold your wrong opinion of my decision but you do not, I repeat do not, have the right to hide behind a non- deplume while you besmirch my character. This is a cowardly act.

It is painful to see you having to resort to such unethical journalistic tactics in the twilight of such a long, distinguished and statesman like life as yours. Yours is a rich legacy my friend. Please do not let the epithet on your grave be “Here lays the body of Sir Arthur Foulkes, KCMG a true Bahamian statesman who betrayed his long held principle of defending to the death the individual’s right to free thought and so he died as Simon the coward”

Sir Arthur To C A It Ain’t Me:

I have been told that a letter, purportedly written by Mr. C. A. Smith and crediting me with authorship of the column Front Porch by Simon in The Guardian, has been widely published on social media. I should be grateful if you would, by publishing this letter, let your readers know that I am not the writer of Front Porch. In fact, I have not written a column for any newspaper since 1992. When I used to write To The Point for The Tribune it was under my name: