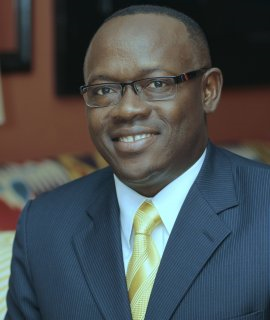 In the midst of the turmoil and unceremonious suspension of the opposition from the House of Assembly yesterday, the government tabled a resolution to borrow an additional $90 million from the Inter-American Development Bank.

Yet, somehow, the Ministry of Finance claims that this will not add to government debt as the money in question has already been factored into the government’s existing borrowing plan.

This, frankly, is Fuzzy Math and the public needs an explanation.

It is disingenuous to say otherwise.

If there were already a resolution passed to borrow this money, then the government would only need to draw down on the existing facility, without further resolution.

Clearly, that facility does not exist at this point. If it did, it would be in the 2017/2018 Budget. I assure the government it is not. In November 2017, the Government boasted successful borrowing of $750m in the US market, as provided for in the budget.

I call on the minister of finance to give the Bahamian people a clear explanation as to how this new loan will impact government debt and why the government claims it will not add to government borrowing.

As for the loan facility itself, as the representative for the Exumas and Ragged Island, I want to say that we are grateful that funds for the Exuma airport are included in the facility.

However, a further breakdown of the funds is required for the purposes of clarification.

$20 million for a “training and employability” since we already have the National Training Agency, this sounds like a catchy name for government slush fund to facilitate political hires. Though, I’d be happy to be wrong about that.

The government also speaks of funds for seawalls in New Providence and Grand Bahama, but one wonders if any of this money will be used for seawalls in the Family Islands, which are desperately in need of infrastructure upgrades.

It is also interesting to note that the government is borrowing $90 million for New Providence and Grand Bahama, but has yet to submit a plan for the government building, police station and clinic on Ragged Island.

In the meantime, we await the minister of finances explanations.