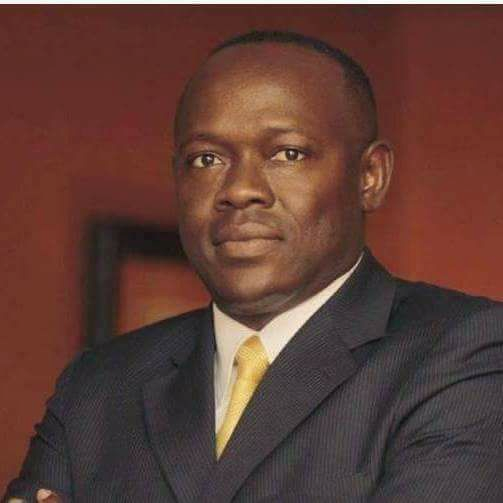 The statement by the Minister of Finance was voodoo economics at its best. It was all about prettying up the books and spin without giving us the underlying realities on the ground. While he may boast of improving figures, which we question, we say at what cost? The cost has been unemployment, bad roads and deteriorating infrastructure and no hospital beds. The PLP cannot endorse it and the people of the country deserve better from this people’s time government.
The Government’s mid-year budget statement was another version of blame the PLP. The question that must be asked is: when will the FNM take responsibility for the fact that they are the government?
Just these simple facts amplify the point: Overall expenses are $400 mil more than last year. $1.3billion vs some $900 million. FNM fired 2500 persons, say they saved $75 million but reports today that public service salaries are $15 million more than last year. This needs further explanation.

The mid-year budget communication today by the Hon. Minister of Finance demonstrates what we have been saying all along. This Government has no vision, no plan and no strategy for managing and growing the economy. We heard nothing new. We heard nothing that inspires confidence.

Without fail, the minister of finance presents figures distorted by caveats and double speak to try to knit together something coherent that tries to make the government look good.

However, we all see it for what it is – more voodoo economics from a government that promises much but delivers little.

The lack of economic growth is the fundamental issue facing our economy. Though the minister speaks proudly of forecasts by international agencies, we heard very little today that will grow the economy or even create jobs.

The minister of finance has yet again come to Parliament preaching fiscal consolidation yet coming with a resolution in tow to borrow more money. This time, on top of the $90 million he asked for last time, $100 million more. We will have more to say about this in due course.

Once again, with the realities of governance and a lack of ideas to move the country forward, the talks change.

The minister of finances insistence on separating expenditure for debt reduction is disingenuous, expenditure is expenditure; we are on cash basis, as he pointed out during today’s contribution.
That much of this debt reduction was to facilitate the current administration’s idea to restructure debt and extend the burden on the Public Treasure associated with it, must have escaped him today.

As expenditure goes up, revenue is on to track to be lower than the year before. There were two major hurricanes in 2016, compared to one hurricane that did not impact as many people in 2017.

Revenue collection should be well in hand.

The government boasts of slashing capital expenditure by around 50 percent. But at what cost?

Look around us. We can see the price we pay.

How are public salaries $15 million higher if the Minnis administration’s claims that it saved $75 million on salaries by firing and sending people home are to be believed?

The minister failed to explain how we are paying for infrastructure upkeep and how we will keep entitlement programs funded without driving up the debt.

As far as growing this economy goes, in recent times we have only heard of repackaged PLP projects particularly in West Grand Bahama, East Grand Bahama and Lucayan.

For the growth he claims experienced in 2017, as he indicated, we can thank Baha Mar for that. Apparently, they’re now fully on board.

Regarding new investment, the government is clearly low on options. The Oban Energies saga, that is quickly turning sour, suggests that the Government is desperate for good news as they have no plan to deliver the countless number of election promises.

We have yet to see any details on the Government’s proposal to remove VAT on bread basket items, remove business license and other taxes in the inner-city communities and electricity and healthcare as was promised for all Bahamians. Indeed, the time for rally talk is long gone we urge the Government to release the details of the professional studies on these issues.

Less than a month ago, the minister of finance said VAT revenues were down due to a sluggish economy. Today he says VAT revenues are up and acts as if the economy is booming, yet in the same breath speaks to the climbing unemployment rate.

As usual, there are far too many inconsistencies from the Minister of Finance. We will therefore await the competent reports Central Bank on these matters.

What we take away from this contribution today is that current administration is choking the life out of the economy in order to make the books look good.

With all evidence pointing to economic growth when the government spends, this government has cut back and the effect is evident.

As the PLP pledged in the House when contributing to thank the Governor General for the speech from the throne, we will continue to be a voice for the poor, the weak, the underprivileged and ordinary Bahamians seeking a better way of life.

Nothing this FNM Government does will deter us from our mission of advocacy, constructive engagement and economic empowerment of all Bahamians.

We will engage in a vigorous debate to make the point that while the grass is greener for the government, the horse is starving.
END