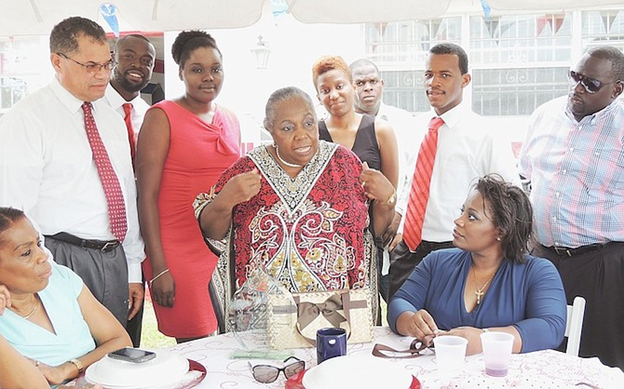 viagra buy case times;”>Janet Bostwick became the first woman elected to Parliament in June 1982  on the ticket of the Free National Movement.  Congratulations to her.  The FNM marked the anniversary according to The Tribune 17th June with a weekend of activities.  The photo come from The Tribune and Mrs. Bostwick is shown at the centre of it. Former Minister Dion Foulkes who is trying to get nominated for the Yamacraw constituency by the FNM is seen at the far left standing in the red tie.