CORRUPTION REVEALED IN THE FNM’S HEART 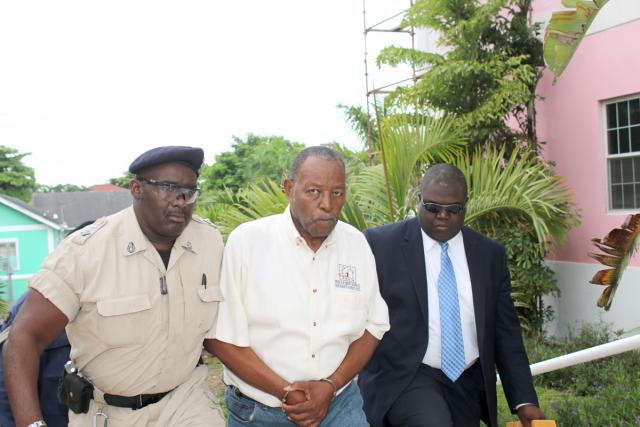 The trial has begun of Fred Ramsay, a former FNM candidate for the Fox Hill constituency, for taking a bribe in order to get Alstrom, a heavy equipment manufacturer, the contract to provide the machines for the Bahamas Electricity Corporation. The crown laid it out. Mr. Ramsay collected 200,000 dollars from the company and that was to influence the decision for the purchase. The Board of BEC did not back the deal, so Mr. Ramsay went to the Deputy Prime Minister Frank Watson at the time and the Prime Minister Hubert Ingraham at the time and they stopped the Board’s unanimous decision to look elsewhere and went with Mr. Ramsay’s deal.

The Crown has not charged Mr. Watson or Mr. Ingraham but inquiring minds want to know who got what on the top of the ladder and will Mr. Ramsay go down on his own or tell the country the names of those who benefitted from his windfall.

The Crown’s case got off to a sensational start when an American witness who got immunity from prosecution told how he set up the deal. He said how he and Mr. Ramsay set up the account in his office and told the sums that Mr. Ramsay got.

The corruption of the deal is already proven, since the United States has already convicted the company of the offence in the U S. We will see what a jury in The Bahamas does. It almost doesn’t matter because the public can make up its mind on this one.

This is the same FNM that is always preaching that the PLP is corrupt. Yet the only instance we have of corruption is that money passed hands, FNM hands in order to influence a decision to buy equipment for BEC. It was a lot of money as well. No small change.

We hope the public is engaged. We think that the PLP has not played this up sufficiently, that here it was Mr. Ingraham was talking about honesty, openness and transparency in government but he led a government that was the part of a crooked, corrupt scheme to defraud the Bahamian public.

Now this is the same crew who want the country to reelect them to office. The devil is a liar.

This now shows that the FNM is a corrupt organization. This is not a surprise since it was born in corruption. The late Sir Lynden Pindling ended up with a raft of enemies against him in 1972 as the dissident eight because each and every one had been involved in some form of deal making which found them wanting within the PLP. What is formed in corruption cannot suddenly be clothed in incorruption. The public awaits a verdict in the trial.

PrevPreviousPM CHRISTIE: STATE OF THE NATION REPORT, “PLANNING FOR A NEW BAHAMAS”
NextTHE PLP NEEDS TO WIN THE NEXT ELECTIONNext