D’Aguilar Simply Talks Too Damn Much 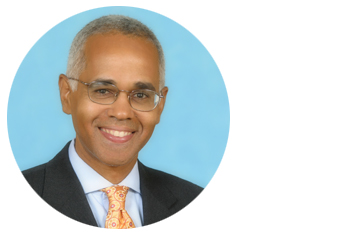 sildenafil times;”>Can anyone give an example of a time when a microphone was placed in front of Dionisio D’Aguilar, the Chair of Abaco Markets and a Director of the Bahamar project and he simply kept quiet or said no comment. For Christ sake.  This man simply talks too damn much and has no idea what he is talking about.  He cannot be doing this for the pittance he collects as  director for Bahamar.  He talked last week about the government having a love affair with  the Chinese Contractors but people must ask the same thing about him and Bahamar and Sarkis Izmirlian.  Mr. D’Aguilar seems so besotted by this project that he just spouts any foolishness that comes  out his mouth.  It is embarrassing really.  The Government moved like any bonda fide creditor to get a provisional liquidator when the developer refused to pay its bills or finish the project.  That’s it pure and simple.  All the rest of this idle commentary by Mr. D’Aguilar is simply ill-founded and illogical and silly.  Here is what he had to say last week in his own words as reported by The Tribune on 17th September:

“It was frustrating to us that the Government couldn’t see we were being taken advantage of by CCA, as they missed all their deadlines with no consequences for doing so.

“We could never understand that: Why we were the bad guys, when we were just trying to get them up-to-date and finish on time…

“Mr. Izmirlian has to make some tough decisions, but I’m sure he will make them in light of the commercial viability of the project.

“One has to step back and evaluate: You are at an impasse with your contractor. Mr. Izmirlian has to make that decision, evaluate that option, and make a decision on: Does it make commercial sense?

“But if you’re building a hotel and miss the date, you do enormous damage to the brand, and have a lot of pissed off people…

“CCA works in its own way, does what it wants: Like it or lump it. They have to be above board and transparent.

“If they can come up with a believable, transparent plan that they’re able to stand behind with their money as well as their mouth, then a dialogue could be had if it makes commercial sense. Only Mr. Izmirlian can do that.

“I always felt it was best to have the developer in charge of the project, not the bank and the contractor. This is the first super hotel that they’ve built in their history, and if we put them in running it, it’s a recipe for disaster.

“I really hope Mr. Izmirlian stays on and finally works something out, but it has to make sense.”