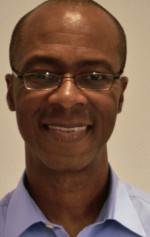 Pastor Cedric Moss is a smart man.  He is usually considered and thoughtful but sometimes he is simply wrong.  One of the things he is wrong about is the issue of crime and his responses in a letter written in last week’s press.  The government and the minister are not blaming the Commissioner or the Judges.  We don’t think the public is either. The issue is we have a vexing societal problem which bears sometimes a public discussion and sometimes ministers themselves engage in the discussion.  Bernard Nottage, best cialis click the National Security Minister, search did no more or less when he opined about the sentencing issues in the courts and the connection to the murders.  The Commissioner is not responsible for crime. No one in the government believes that.  In fact in this column we warned the Commissioner of Police at the start of his tenure under the PLP: do not say that you can solve crime because you cannot.  And bless our soul that turns out to be right.  One thing many pastors keep talking about is executions and sentencing to death.  Please let us remember that it is this same judiciary that everyone and their grandmother are saying is sacrosanct that  has stopped executions.  There will be no more in The Bahamas as long as the present rule by the Privy Council exists.  This is not something that the government can overturn. So let’s stop harassing the government over that.  It cannot and will not happen.  Pastor Moss you are simply wrong, dead wrong on this one.  Here is what the good pastor had to say in his own words as reported by The Tribune on 17th September:

“Those who blame the Commissioner of Police for our nation’s state of criminal siege must remember that the commissioner of police is not able to pass laws with stiffer penalties, and he certainly cannot lead the process to amend the Constitution to address bail weaknesses and to ensure that convicted murderers are executed without prohibition from the Privy Council

“Only Prime Minister Christie and his government can take those necessary steps to address our culture of murder and violence; but they have different priorities, like the unnecessary … gambling referendum and their $13m carnival, which could have put CCTV cameras throughout New Providence. As long as we wrongly place blame for our culture of violence and lawlessness at the feet of the Commissioner and others who are not responsible, things will only get worse.

“The Commissioner of Police and the men and women of the police force are generally doing an excellent job. They are overworked, underpaid, and underappreciated. Yet, they do their jobs every day, and they do it well, putting their very lives on the line for the rest of us, including those who wrongly blame them for that over which they have no control.

“So, to those who desire our criminal culture to be reversed, I encourage you to place the blame where it rightly belongs: at the feet of Prime Minister Christie and his government; and then hold their feet to the fire. If not, let’s brace ourselves for more of the same.”