Dame Joan Sawyer Should Sit Down And Shut UP 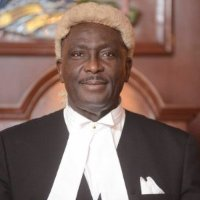 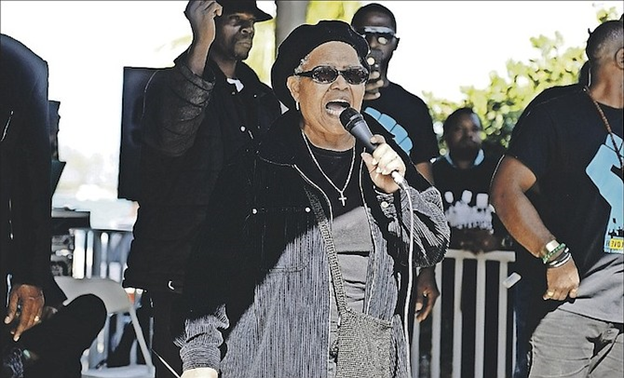 Joan Sawyer at her rabid worst

You notice that ever since her role in defeating the women’s rights amendments in last year’s referendum, Joan Sawyer the former Court of Appeal president, has been like a rabid dog all over the place seeking to devour and attack those who would listen to her ranting drivel on radio and in the press. Neville Adderley, a current Court of Appeal judge overseas and a retired one here, answered that drivel last week about the Bahamar project and the so called secret sealed deal. This is fitting. It is fitting though to remind the public that if they read her record, you will see that she was overturned as a Judge by the Privy Council in her decisions more times than your dog overturned the garbage can outside in the road. Here is what Justice of Appeal Adderley had to say:

I have read with consternation the public commentary over the last few months and days concerning alleged “Secret Deals” that has surrounded the Baha Mar transaction.

I am deeply troubled by the rampant reckless attempt to misconstrue the facts in an attempt to manipulate public opinion – this is not only damaging to our national discourse, but hurtful to the rule of law and our country’s reputation. And so as I have done from time to time, I feel compelled to correct what appears to be a misinterpretation and incorrect statements relating to the judgment of our Supreme Court made on 27 September 2016 in Action 2015/COM/Com/00073 by Winder, J.

Firstly, it was reported in the press that the Hon Dame Joan Sawyer former chief Justice and former President of the Court of Appeal had made a statement that the judgement in the Baha Mar sale case heard 22 August 2016 had been sealed. I want to be clear:

Dame Joan is incorrect on the Baha Mar deal in this respect. Both the proceedings and the judgment were in public, not sealed.

It is true that the sealing of judgements can be a breach of the Constitution (Article 20(9)), because the constitution requires what is called “open Justice”, that is, that court proceedings and judgments should be in public. But this is not what happened in this Baha Mar case – no judgement was ever sealed. I can only assume that if, in fact, Dame Joan made that statement it was an innocent mistake on her part.

Because Dame Joan knows very well that there are often commercial and other reasons for judges to allow documents, other than the judgement, to be sealed. It happens on numerous occasions and in a variety of cases. And this is precisely what happened here.

Once again, the facts are in the public for all to see. The Joint Receivers and Managers on behalf of the China Import Export Bank had applied to the court last August for permission to realise the assets of the Baha Mar Companies held as security under their debenture which had reached over $3 billion dollars, and to transfer them to a special purpose vehicle to complete the resort in preparation for selling it to the ultimate buyer.

We now know that CTF Enterprises is the intended ultimate buyer. They have executed a legally binding contract to that effect.

In support of their application the Joint Receivers and Managers had to file a supporting affidavit and documents. Mr. Brian Simms QC made the application, as he has several times made to me when I was a Supreme Court judge, on behalf of China Import Export Bank to seal the affidavit and supporting documents.

The application was not made by the government, nor was it made by any of the other parties present which included representation by the joint liquidators of Baha Mar.

The judge exercised his discretion to seal the documents – an action which the judge pointed out is not unusual in private, commercial transactions like Baha Mar.

I read the judgment.

In making his decision to seal the affidavit and documents the judge expressly turned his mind to the principle of “open justice” which is always at issue in an application to seal documents. He also directed his mind to other considerations including that it was a private commercial transaction, which necessarily includes having regard to the constitutional right of the applicant to privacy and the competing public interest in open justice. The judge also mentioned the Heads of Terms in the judgment, and after considering all the circumstances exercised his discretion to seal the documents:

“. To preserve the integrity of the sales process which remains a commercially live issue.”

With such clear reasons given by the court for sealing the documents, “To preserve the integrity of the sales process which remains a commercially live issue,” it is difficult to see how any honest and objective person can say that the court sealed the documents to conceal a “secret deal” by the government. Their view is based on one clause in the Heads of Agreement dated 25 April 2017 which stated the following:

“The Project Company, its subsidiaries and affiliates, shall be entitled to all the benefits and concessions as agreed to in a Heads of Terms dated 22 August 2016 and entered into between the government, China Exim Bank, and Perfect Luck, its affiliate and subsidiaries and all addendums and attachments”

The judge made mention of the Heads of Terms in the judgment. In light of the clear reason given and discussion by the court, it must be a perverse mind indeed to interpret the judgement as the court’s sealing the documents to protect a “secret deal” by the government, who didn’t even make the application.

Responsible members of the public should be careful not to appear to bring the reputation of the Courts into disrepute thereby eroding the rule of law when it serves their own purpose, because they are the same courts on which they must rely to protect their criminal and civil rights when the occasion arises.

If persons or entities, including the press, genuinely felt they had the standing and the legal arguments to have the documents unsealed, and wanted to have them unsealed, they ought to have made and application to the Court. I have not heard of any such application. But I have heard far too many irresponsible accusations and seen careless news headlines. It is regrettable that trading short-term political gains for public mistrust seems to be the actual wrongdoing in this whole affair.