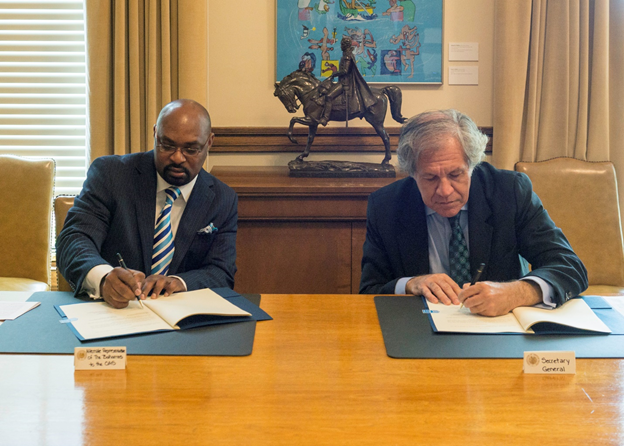 WASHINGTON, D.C. — The Organization of American States (OAS) will deploy an Electoral Observation Mission to the general elections in The Bahamas on May 10, 2017, according to the agreement signed on Tuesday, May 2, 2017 between OAS Secretary General Luis Almagro and the Interim Representative of The Bahamas to the OAS, Mr. Chet Neymour, Deputy Chief of Mission at The Bahamas Embassy.

The Mission will be headed by the Ombudsperson of the Organization, Sherry Tross, and began its deployment on Wednesday.

During the ceremony, held at OAS headquarters in Washington, DC, Mr. Neymour thanked the OAS General Secretariat for accepting the invitation and extended special thanks “to the governments of Argentina, Chile, Honduras, Mexico, Paraguay, Peru, Serbia, South Korea, Spain and the United States of America for their generous contribution to the electoral observation process in The Bahamas.”

“With a view to adhering to best international practices, the Government of Commonwealth of The Bahamas believes that the presence of international observers will enhance the credibility of the election results,” Mr. Neymour said. “It is for this reason that The Bahamas welcomes the OAS Electoral Observation Mission, and has also invited the Commonwealth Secretariat, CARICOM, and the United States Embassy to appoint similar observer missions.”

Mr. Neymour noted that The Bahamas “has a legacy and honored tradition of free and fair elections, and we anticipate to proceed in similar accord during this election process.”

For his part, OAS Secretary General Luis Almagro said, “The OAS is committed to accompanying The Bahamas in this important democratic exercise. We look forward to the successful conclusion of the process and to hearing the authentic voice and will of the people of your great democracy.”

This will be the second Mission that the OAS deploys in The Bahamas. The first Mission was sent to the May 2012 general elections.

CAPTION
Mr. Chet Donovan Neymour (left), Deputy Chief of Mission at The Bahamas Embassy and Interim Representative of The Bahamas to the OAS, and His Excellency Luis Almagro, OAS Secretary General, signing an Agreement for an Electoral Observation Mission for the May 10 Bahamas general elections. 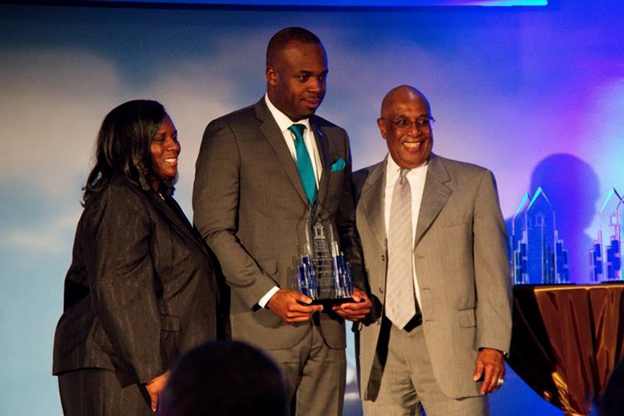 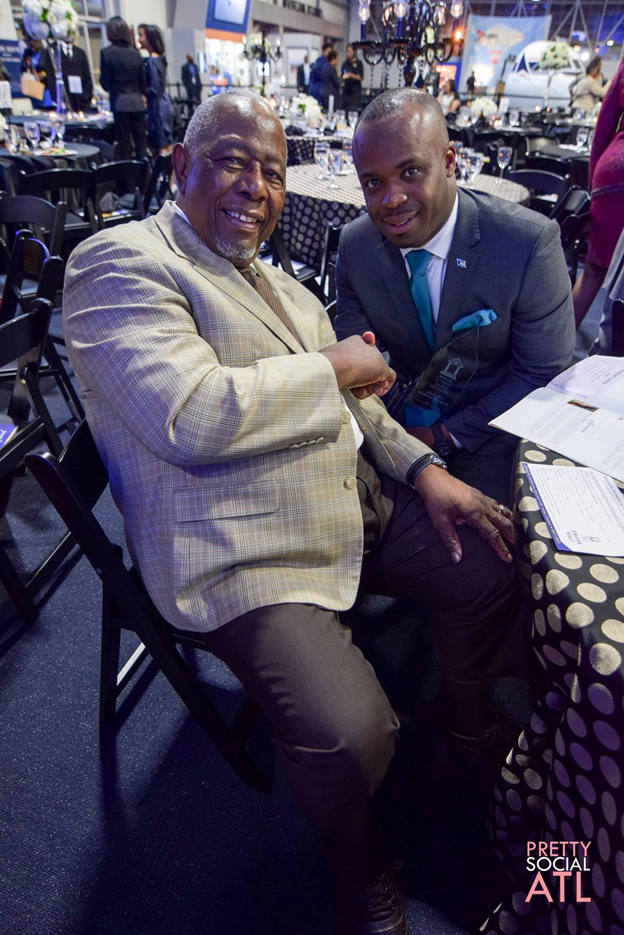 ATLANTA, Georgia — The Hon. Randy Rolle, Bahamas Consul General to Atlanta, was among the honorees at the 16thannual Atlanta Technical College Bridge Builder Awards dinner held at the Delta Flight Museum in Atlanta on Thursday, April 20, 2017. The Bridge Builder Awards is an annual event hosted by the Atlanta Technical College Foundation Board of Trustees, during which companies and individuals who have “bridged the gap” for underserved populations are recognized. Other honorees included award-winning makeup artist and Atlanta Tech graduate Patrice Coleman, who worked as a makeup artist for Tyler Perry and most recently on set for the filming of The Immortal Life of Henrietta Lacks; Arlane Robinson, who was honored posthumously; Fabiola Charles Stokes, community impact director, Google Fiber; and Charmaine Ward, corporate Relations director, Georgia Power Company. Honorary co-chairs for the event were legendary baseball icon Hank Aaron and wife Billye and former U.N. Ambassador Andrew Young and wife Carolyn. In the first photo, Atlanta Tech President Dr. Valerie Seals and Foundation Chair Harold Mitchell present Consul General Rolle (center) with his award, and in the second photo Hank Aaron congratulates Consul General Rolle. 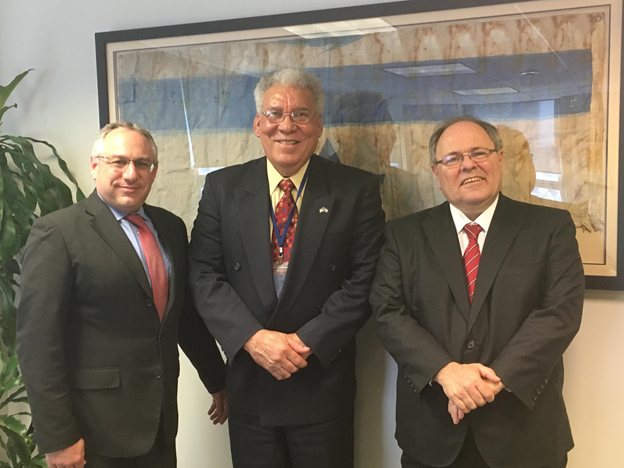